The Bristol Museums Youth Panel met for the first time this month. Here’s what they’ve been up to…

On Wednesday 1 March the first ever Bristol Museums Youth Panel met for an introductory meeting. It can usually be daunting to be put in a room with a group of people who you have not met before but a spread of pancakes, toppings and juice soon acted as a great icebreaker for us all to get to know one another. The youth panel is made up of 16-25 year olds from all over Bristol and surrounding areas. We are all involved in the city in different ways; some of my fellow panel members are like me and in education and others are in full time work. This combination was a great starting point to learn about each other.

We explored the museum, which after closing time gave
us a peaceful and privileged vantage point to the setting we will be interacting with closely in the following months. We took this opportunity to take some amusing pictures and match a list of facts to our fellow panel members. This helped us find out a lot of interesting information about one another.

Finding out my youth panel membership consists of peers who dress up as Disney princesses for their job, volunteers who help at refugee camps in Greece and remarkably a student who has only been learning English for a year, confirmed that this was a team of keen and fascinating people.

We then got to the important discussion of the panel’s work in later months, with the upcoming exhibition on skeletons at M Shed shaping up to be a fascinating opportunity for the panel to organise an event around. Furthermore, seeing a sneak peak of the pyrotechnic underwater dinosaur made sure we all left on high spirits excited for the opportunities to come.

Last Wednesday was International Women’s Day – and what better way to celebrate it than hearing about some very cool (and not spoken about enough!) ladies from history. The museum held a very interesting evening on intrepid women travellers of the nineteenth century, with various talks from experts about the lives of five great characters who explored a world unknown to them.

At the time, it wasn’t considered the woman’s place to delve outside of her ‘comfort zone’: the home. These women clearly turned that Victorian notion on its head, roaming far and wide into places like Mexico, Nepal, Persia and the American West.

Kate Newnham spoke to us about an amateur archaeologist named Ellen Tanner, who, upon her travels through Persia, gradually acquired a fascinating collection of traditional local ladies wear, purchasing whole outfits of typical dress, as well as other beautifully embroidered goods, such as a prayer mat.

We also heard from Dr. Jane Howells on Rose Pender; Alan Freke on Elizabeth Fox Tuckett, whose travel books left a great legacy, including being endorsed by the EU as a useful educational book; Jean Burnett on Maria Caroline Bolitho; and Sue Giles on another archaeologist, Adela Breton, who made full size colour copies of ancient ruins in Mexico.

Many of the works of these interesting ladies are on display at Bristol Museum & Art Gallery, and Adela Breton’s beautiful copies of the Mayan ruins in Mexico are currently featured in an exhibition, which runs until Sunday 14 May.

Hearing these stories is not only super interesting, but important too. History must, and is certainly starting to, tell the stories of female explorers, and the communities they encountered upon their explorations.

It is important we discuss the actions of a range of actors, not just the most dominant, making known social groups that have fallen under the historical radar. I hope this event and exhibitions like that of Adela Breton’s works encourage us to look further into challenging dominant ideas about women during the Victorian period. This event showed that they could go out of bounds and weren’t totally restricted in their movements, as popular history likes to have us think. They could be empowered and adventurous, not merely subdued and refined.

The youth panel discussed how we thought it would be pretty cool to learn more about how these women interacted with the communities they came across on their travels, for example, were they perhaps more humane and kindly than their male counterparts? From the information we learned about Ellen Tanner that maybe seems the case, as it looks as though she did not seek to impose British culture onto the various groups she encountered on her travels through Asia. Instead she learned about their culture, and adopted their traditions, unlike what is known about male travellers during that period.

It was certainly a great way to celebrate International Women’s Day, and this year, the day definitely felt more special, as though more people all over the world had gotten involved. It was so lovely to see women of all ages, and some men at the event, honouring some brave women of our past. 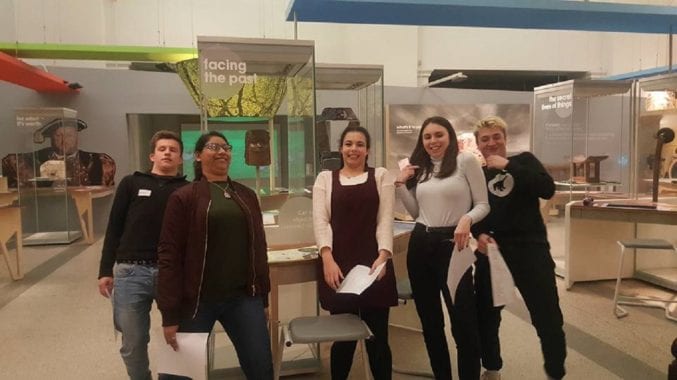