Cara Powell is completing her BA in History at the University of the West of England. The Unlocking Our Sound Heritage team were lucky enough to have her as a volunteer in 2019-20. Cara worked on a number of recordings; one of the collections from the Telegraph Museum, Porthcurno, Cornwall, particularly took her interest. Here’s what she learned.

While listening to the life stories in the St Levan Local History Collection’s audio recordings, I’ve constantly been exposed to a wide range of lasting memories about World War Two. Interviewees reminisced about how their lives were affected by the war and recalled interesting memories.

Most of the interviewees were young when the war broke out; they’ve all shared a glimpse of what it was like in St Levan during the war period. Being so close to the coastline, citizens in St Levan were vulnerable to air raids and attacks from foreign enemies. Leslie Sparrow has talked about students coming from London to stay with him and his mother. He also clearly remembered the ship convoys.

John Nash recalls memories of hearing the sirens for air raids on the day war broke out. Though very young at the time, he still remembers using the air raids shelters, Anderson shelters in particular. These were very popular in Porthcurno.

During this frightening time in his childhood John made new friends that were evacuee children. They often played together on the beaches until it was closed off due to coastal lines being vulnerable to bombings.

However, John George and Trevor Hill both recall not getting on with the evacuees that came to stay in Sennen. There were many occasions when fights would break out between the children in the village and the evacuees. In fact, John George was even hospitalised for 12 weeks after a fight with an evacuee which resulted in him breaking his arm!

The stories from evacuees Fred and Ken Gray allow us to understand what life was like for an evacuee. They reminisce on their time spent in Sennen, St Levan after being evacuated from Finsbury, London just after the Blitz in June 1941. They both vividly remember crying while boarding the train at Paddington Station, London with their labels and cardboard gas mask box attached to them.

Yet, they both recall happy memories of what it was like in Sennen once they arrived. The Gray brothers both said it felt like ‘paradise’ and a holiday that never ended because of the countryside and beaches. When returning to St Levan to conduct the interview they both expressed how it felt like they were returning home.

bristolmuseums · Fred and Ken Gray recount being evacuees in Cornwall 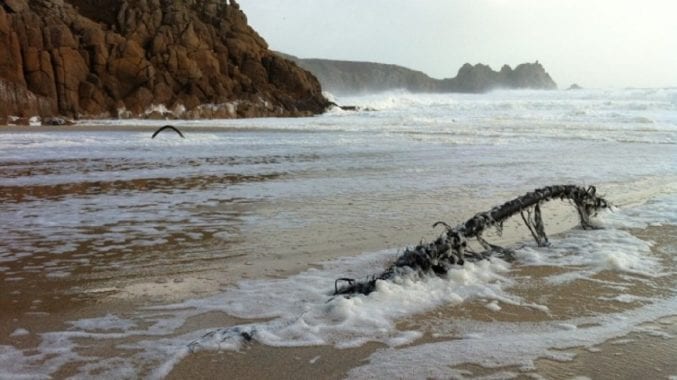