by Kate Iles, curator of archaeology

The Blaise Estate is named after Saint Blaise and today (3 February) is his feast day.

Saint Blaise was the Bishop of Sebaste in Armenia (modern Turkey) around 1,700 years ago. There are many versions of his life but he is best known for healing the sick – even animals would come to him to be cured.

Some accounts tell of how Saint Blaise left Sebaste to escape persecution. He made his home in a mountain cave and lived there, surrounded by wild animals, until he was found, brought back to Sebaste and arrested. 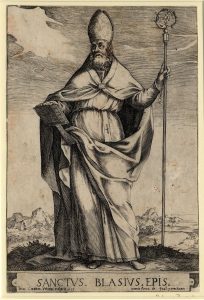 On his way to prison, Saint Blaise met a mother whose son was choking to death on a fish bone. He cured the boy and to show her gratitude, the mother brought candles to light his prison cell. In another version of the story, Saint Blaise met a woman whose pig had been taken by a wolf. He commanded the wolf to return the pig and it was this woman who brought the candles for his cell.

In prison, Saint Blaise was ordered to renounce his faith. He refused so was beaten with wool combs and beheaded. After his death, he was made a saint and has become the patron saint of wool combers, wild animals, candle makers and ailments of the throat.

Saint Blaise was a popular saint in medieval England, probably due to the connection with wool combing and the wool trade, which was an important industry at the time. A number of churches, chapels and a holy well were dedicated to him. 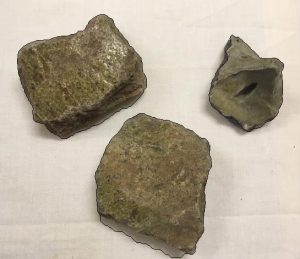 One of these chapels is shown on early maps of Bristol and Gloucestershire. According to tradition, this chapel was positioned on top of Blaise Hill (where Blaise Castle now stands). Excavations in 1918 and in 1957 revealed the foundations of a building, which many believe to be remains of the chapel. A number of these green glazed ceramic roof tiles were found across the site.

An earlier chapel, dedicated to Saint Werburgha, is also recorded nearby but its exact location is unknown. Some suggest they were the same building and that Saint Blaise simply replaced Saint Weburgha as the chapel’s dedication. Saint Weburgha’s feast day is also on the 3 February.

2 comments on “The story of Saint Blaise” 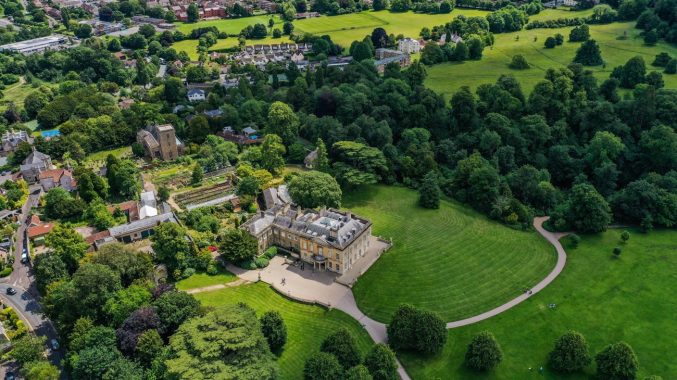