by Ray Barnett, Head of Collections and Archives

David Lloyd, The Power of the Matriarch.

Now in it’s 53rd year, the world renowned Wildlife Photographer of the Year competition from the Natural History Museum is back at M Shed with 100 spectacular images.

It’s hard not to be drawn in by these amazing pictures and so, some of our staff have written blogs about a chosen picture. This is the first in that series by Ray Barnett, inspired by David Lloyd’s The Power of the Matriarch…

As a just graduated, naive zoology student I was the leader of a student expedition to Kenya.

After nearly three months on the Kenyan coast, where I had collected tiny insects and studied marine snails in the mangrove swamps, we broke our journey back to Nairobi by visiting the inland Shimba Hills reserve. This wonderful place was then home to African Violet (Saintpaulia), grown in huge numbers commercially for the pot plant industry, but a place potentially to see them in their true habitat. (Sadly now this plant is only known from one site in Tanzania in the wild.)

Black and White Colobus monkeys careered in the trees and rare herbivores such as the Sable Antelope could be glimpsed if lucky. Tracks of Leopard were common and weird and exotic invertebrates drew my attention along with the prolific bird life.

However it was the elephants which really made their presence felt and one in particular. We stopped in our Land Rover near a grove of trees and this magnificent bull elephant suddenly appeared from amongst the trees ears flapping, trunk waving back and forth, stirring up dust with his feet – magnificent and intimidating.

However, what struck me most was the incongruous nature of the scene as he had walked out from a grove of planted pine trees. I was used to seeing how, post-war in the UK, plantations of conifers had been created where deciduous native woodland should have stood but I had not really appreciated that a similar folly could have taken place in what seemed such a remote place. Needless to say the trees had failed as a crop and now the remnants shielded elephants.

My image of Africa as this pristine Eden, already knocked as a consequence of my experiences on the coast, was now well and truly put straight, we have treated all parts of our planet in a cavalier fashion and we need to cherish what we still have.

See The Power of the Matriarch and many more inspiring images:
Get tickets for the Wildlife Photographer of the Year exhibition and purchase a souvenir from the shop.

One comment on Inspired by: The Power of the Matriarch 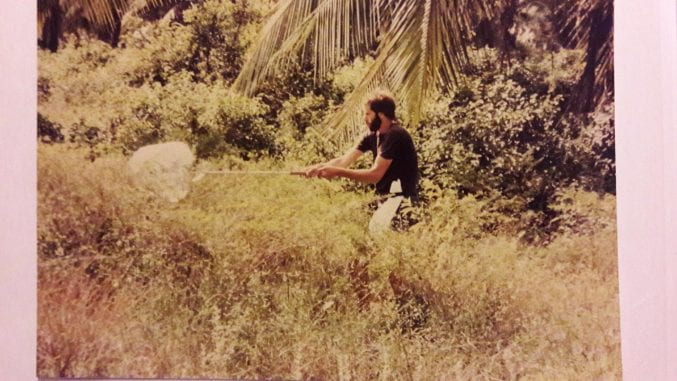