Earlier this year, we hosted a thought provoking, multi-sensory event called The Food Journey. The Food Journey examined the roots and routes of a range of common foods. Combining performance, sound, touch, smell and taste, the immersive event exposed some challenging histories.

We were transported back in time and confronted with emotions associated with enslavement of people, as well as the impact of colonialism and industrialisation on the production, distribution and consumption of food.

Mama D Ujuaje, a community learning facilitator of Jamaican heritage devised a unique and artistic way to expose food histories and explore possibilities for greater food justice and more mindfulness in how we think about and use common foods.

Through this and the reflective discussion which followed, we became aware of a range of blind-spots and contradictions which surround our food choices. First, we were taken through a ritual which began the experience through taste and smell. We put on blindfolds and Mama D and her assistants started to pose questions. They slowly took us back to the beginning of time, into the forest soil. The first foods placed in our hands were unfamiliar in taste, smell and texture. They may have been  everyday food items but without sight our first reaction was that they tasted unusual.

Our other senses started to become more alert. This enabled full immersion in the story being told to us. The sounds and the smells of the performance moving around the room sent shivers down the spine. I was moved by the joy, fun, and lovely interactions we experienced. We shared in a variety of sensory experiences and games which took me back to being a carefree child.

During the journey we were invited to experience a sense of the emotions of both the enslaved and the slaver: a roller-coaster of feelings that helped us to get in touch with what might have been the experience of different people in history.  A window opened in to the past: we experienced both the joys of family and sharing, as well as the horrors of people ripped apart from families and communities through the use of sensitive and subtle story telling. Props were used to guide the narrative and we were offered different foods to taste along the way. Unfamiliar foods were handed to us to touch, smell and eat and they made me feel like a million miles from home. Those that tasted familiar gave me a sense of comfort.

After the intense experience, we had time to reflect and talk about how it made us feel. We discussed food justice and the ethics of today’s food. It was a moving experience, wearing the blindfold throughout concentrated the other senses and, months later, I can still close my eyes and return to the journey and its many reflections.

Mama D Ujuaje and her team used their great performance skills and subject knowledge to deliver this unusual and touching event. I would recommend the experience of the food journey for everyone.

The Natural History collection and slavery

We called on Mama D Ujuaje to run this event because of her interest in the Jamaican manuscripts cared for in our Natural Sciences collection and her expertise in bringing such narratives to life.

Long and Lindsay were both advocates for slavery. Their personal quests to gain recognition in the enlightenment of science were not wholly innocent. They tell us much about the colonial attitudes of the time and the wrongful, and often misguided theft of knowledge by Europeans from people they felt were inferior to them.

The content and knowledge within these books and herbariums were gained from enslaved Africans. These people received no recognition for this, others taking the credit instead. Manuscripts and herbarium collections were written with one aim – to fuel the British Empire’s economy and academy. The study of certain foods and how to grow them to increase food production were exploited by the colonialists to increase their own wealth and status.

We pride ourselves on bringing histories and unusual narratives to visitors at the museum. Now having experienced this, we wonder what this kind of embodied performance could do to unlock the other histories that make up the many collections of Bristol Museum & Art Gallery and bring new perspectives to what is hidden in the past? 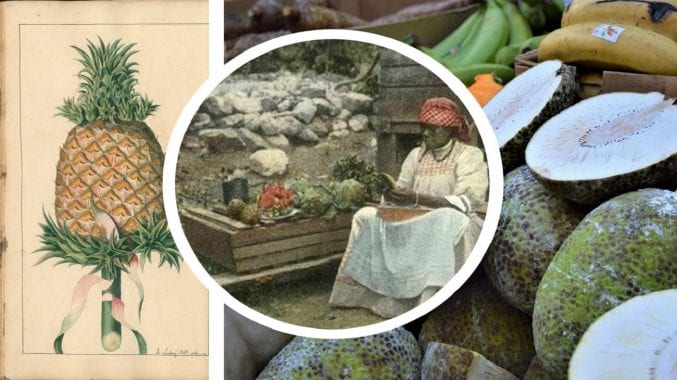