The Bristol Beacon’s Lantern Project started in 2018, supported by the National Lottery Heritage Fund. This is part of the wider Transformation of the Beacon, formerly known as Colston Hall, which is due to reopen as a world class concert venue in 2023. 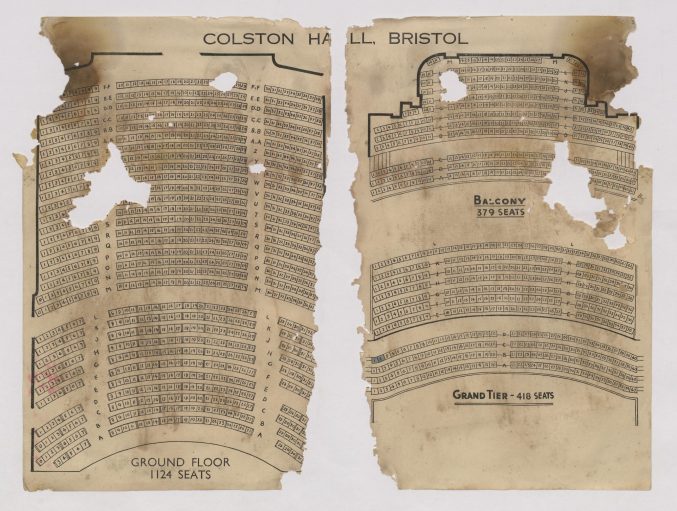 The Lantern was originally the main entrance to the hall and the project aims to restore the building and celebrate its history, particularly through use of archives. 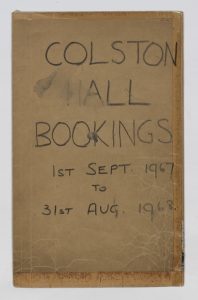 To allow the Transformation of the building to begin we needed to make space for what will become a brand new performance and education venue.

So at the very beginning of the project we took everything that was in the old Beacon cellars to Bristol Archives. There it joined archival material deposited previously.

Bristol Archives already held the records produced by the Colston Hall’s management since Bristol City Council took it on in 1919. The addition of the material found in the cellars means that the city archives now holds over 100 years’ worth of records documenting the history of the venue.

Once at Bristol Archives, volunteers helped to re-box everything in archival packaging. Cataloguing the archive commenced, incorporating the new material from the cellars into one catalogue with the two previous deposits. 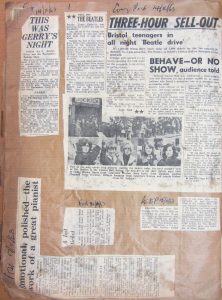 The entire catalogue of the Bristol Beacon archive is now published online and ready for researchers!

The Charles H. Lockier collection made up a significant part of the new material. Lockier was a Bristolian impresario who staged much of the classical and popular music at the Colston Hall between the 1920s to the 1960s. He collected all the programmes, advertisements, and newspaper clippings from his shows.

Through his collection we can track the radical changes in popular music over the first half of the 20th century. He’s responsible for bringing acts like Ella Fitzgerald, Duke Ellington, Dusty Springfield, the Beatles, and the Rolling Stones to Bristol. 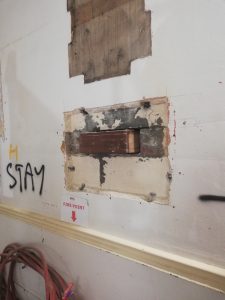 Charles Lockier’s volumes of signed programmes were badly water damaged, so we had them conserved and digitised as part of the project. We also digitised 50 years’ worth of box office wall planners, listing every event scheduled between 1952 and 2007. There are also images of the delicate remains of the ill-fated 1951 time capsule.

You can view these digital images, as well as images of all the 800 or more surviving programmes in the Bristol Archives searchroom.