by Pat Ellingham, volunteer with the British Empire and Commonwealth Collection

Note: some of the quotations reproduced in this blog post are typical of the colonial and racist views that were common in the mid-twentieth century. They do not reflect the views of the author and some may make for uncomfortable reading.

In 1925 the Howe family set sail for East Africa, where they would live for the next 13 years. Wesley Howe was appointed Medical Superintendent at the Mathari Mental Hospital in Nairobi. His wife Reacie would be Matron. Their children Victor and Zeala lived with them on the hospital grounds. 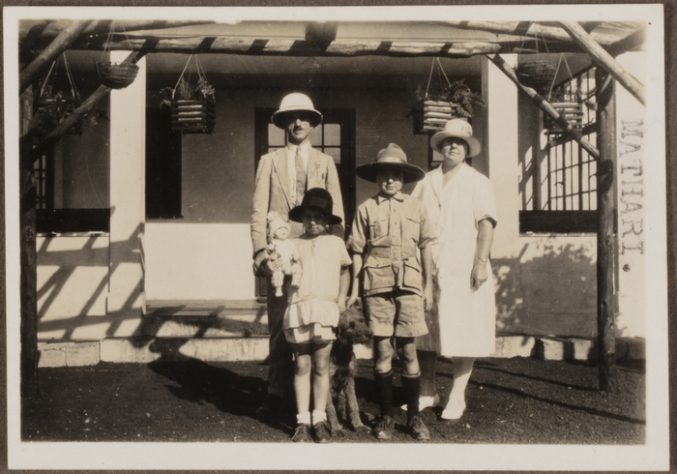 I helped to catalogue the family’s photo albums and journals, now in the British Empire and Commonwealth Collection. Like all the projects I’ve worked on here, I became immersed in the story of the Howes. Whilst also brooding over some of the issues raised by looking at their lives from a modern perspective.

The family’s journals record their first impressions on arrival at Mathari:

“We are certainly having luxuries we did not know in the old country. What a thing it is to have one’s food got ready for you, and no washing and ironing to see to!”

“After lunch, I proposed a tour of the buildings and we went at first to the native blocks, which I voted as horrible.” 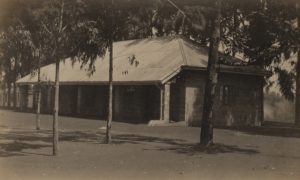 Mathari Mental Hospital had been founded in 1910, with facilities for a small number of Europeans. This was alongside a majority of African patients who lived in desperately overcrowded conditions. Wesley Howe continued:

“Perhaps when we have been here a little while our opinions may change. The European Blocks male and female were the next to visit and I must say that we thought them splendid.”

The journals say little about their actual work in Mathari. I found myself longing to peek between the lines and find some clue to the management of mental illness at that time in a colonial outpost.

However, the archivists told me that Mathari is still the main psychiatric hospital in Kenya, a century later. I accessed an article in the London Review of Books by the cultural theorist Anthony Appiah. He discusses a book called Colonial Psychiatry and the ‘African Mind’ by Jock McCulloch. This used records from Mathari Hospital. 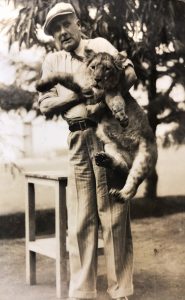 Appiah says these records make it plain that the priority, so far as treatment went, lay with Europeans. “The asylum files … are filled with stories of European alcoholics who had brought ruin upon themselves and their families. There are no parallel records regarding the lives and families of the African inmates.”

He points out that “even as psychiatry was developing its modern therapeutic aspirations in Europe, the function of colonial asylums remained largely custodial.”

Appiah also tells us that one of Mathari’s most-noted European alcoholics was not a patient, but the senior member of staff, Dr James Cobb. He was a friend of the Prince of Wales, which mattered a great deal in the snobbish world of the settler colonies. When drunk, he entertained his guests by showing off the patients; he also kept a Great Dane and two lions in the hospital compound.

I hurried back to the photo albums and there indeed was Dr Cobb and his menagerie, as well as one of “a patient with the Dr’s monkey.” Cobb was forced to retire in 1938, at the same time that the Howes left Mathari. I couldn’t help wondering if this was a coincidence, or if his replacement decided on a clean sweep.

Zeala Howe was interviewed by the British Empire & Commonwealth Museum in 1995. She says that her parents were on duty all the time. And that compared to a similar job in England she feels they had more responsibility and were left to their own devices. There were other resident staff, a white South African couple, and Kenyan nurses who were in training. “Not as official a training as now”, she added. 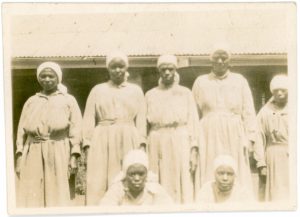 Today, Mathari is described as Kenya’s premier psychiatric hospital. It is, however, somewhat run-down.

Recent newspaper articles report plans to rebuild it in the leafy suburb of Karen as the government seeks to address mental health challenges.

An online article by Mohammed Ibrahim discusses the need to rethink mental health care in a specifically African context.

Drawing heavily on the history of Mathari, he writes:

“Reforming mental health in Kenya is not only a medical matter but an issue of justice and freedom – it’s about honoring those psychiatrized and treated unfairly by the colonial system.”

I closed the photo album of Dr Cobb and the menagerie, the buildings at Mathari, and the family house. My questions unanswered.

This is why volunteering with the British Empire and Commonwealth Collection is so interesting. I can access the memories of the Howe family, no doubt well-meaning but shaped by the years of empire in which they lived. I want to reach out and ask them for more but clearly can’t. However, as one of the archivists says, the search for answers leads us down other avenues. Which expands our understanding of the past and how it impacts the present.

One comment on “A Patient with the Doctor’s Monkey”: mental health care in colonial Kenya