If you noticed the TARDIS on the streets of Bristol this autumn you might not have been that surprised. The Doctor Who series is filmed in Cardiff and locations across the west feature in the recent series. In fact, the blue police telephone boxes on which the Doctor’s time travelling machine is based were once part of Bristol’s street scene.

Police call boxes had been in use in Glasgow from as early as 1891. The ‘TARDIS’ version designed by Gilbert MacKenzie Trench, appeared in London during the late 1920s. Their use spread across the country with some cities, including Bristol, adopting Trench’s design. 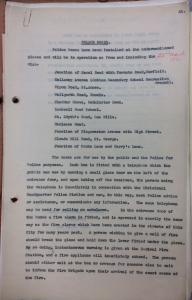 As early as 1929, prominent positions for police boxes were suggested across the city. The Downs Committee were anxious that “the colour of the box should be in keeping with the surroundings”. On 22 March 1932 the local press reported an informal opening ceremony had taken place at a box at Sea Mills.

Eventually 13 boxes became operational. The boxes were supplied by local builders R F Ridd of Wilder Street, St Pauls, and placed in the suburbs of the city. Bristol was growing and there was a lack of police stations in newly built areas.

In an era before walkie-talkies, mobile phones or even 999, police boxes provided direct contact with the station. They functioned as mini police stations, used by beat officers as a place to complete paperwork and store equipment. In an emergency they could even be used to detain a suspect. Officers could use the phone from inside the box and be prompted to call the station by a red flashing light on top. Members of the public were encouraged to inform an officer if they saw the light flashing.

The public were able to access the phone from outside via a small door and could also use it to call an ambulance. Bristol models were also equipped with a fire alarm. This would alert the local fire station with someone having to wait at the box to direct the fire engine. 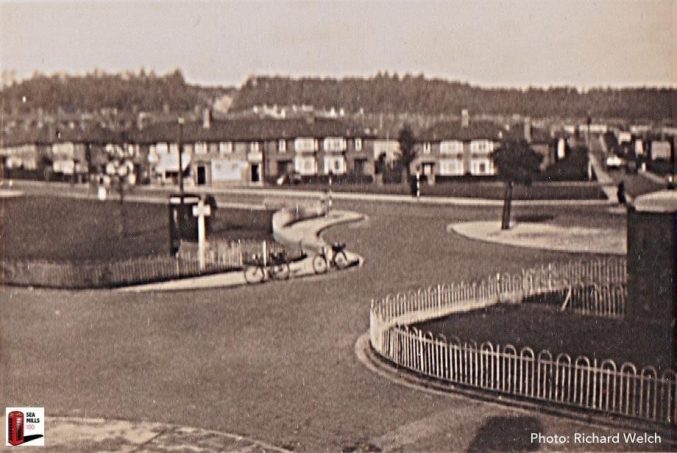 Over 80 calls were made in the first 18 months, from callers reporting crimes, missing property, accidents or requesting information. On 3 December 1932 Mrs Membury of High Grove, Sea Mills, used the Sea Mills box to call in sick on behalf of her husband PC Membury and to request a doctor.

Not everybody liked the boxes. The light on the box at St George, “shows through the whole of my house as if it’s on fire,” complained a Mrs Bonner to Bristol Constabulary in July 1939.

They were also difficult to maintain. From 1938 there were numerous reports of peeling paint, leaks, damaged or sticking doors and broken locks. The roofs were concrete, supported on wooden pillars which were prone to rot. Deterioration led to the decision in 1944 to replace all 13 with smaller police pillars. 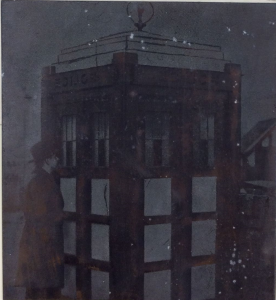 Not all of Bristol’s police boxes seem to have vanished right away and at least one was repurposed.

Residents in Sea Mills remember their old police box being used by the local lollipop lady to store her lollipop as late as the 1970s. Or perhaps it was the Doctor?

Do you have any memories or photographs of police boxes in Bristol?

Information about the placement of police boxes in Bristol can be found in document Pol/SP/4/2 at Bristol Archives. 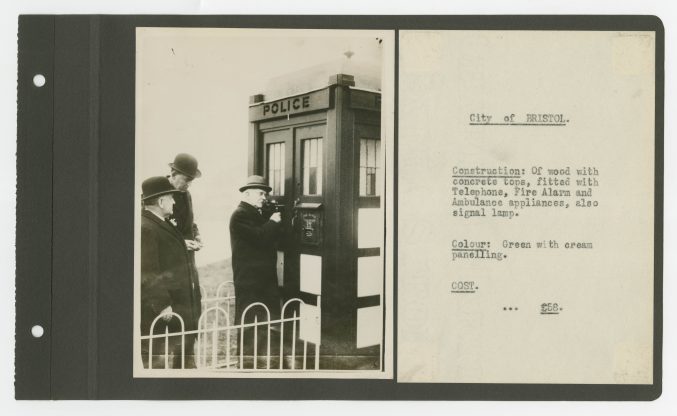