Mention the history of photography and the names that crop up include Nicephore Niepce and Louis Daguerre in France, William Henry Talbot and John Herschel in England. Often overlooked is the claim Bristol has to call itself ‘the birthplace of Photography’. 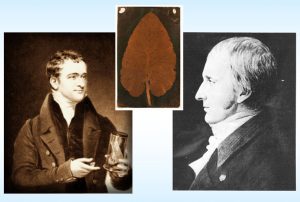 In 1802, Humphrey Davy and Thomas Wedgwood met up in Dowry Square in Hotwells where, over several days, they invented a method for using light to create images of leaves on parchment. The images were only viewed by candlelight and faded over a few weeks, but nevertheless, the earliest photographs had been created.

The report they wrote on their experiment was sent to the Royal Society but was largely overlooked. However the translations of this report, into French and German, were sent abroad where they were used to assist with similar European discoveries. 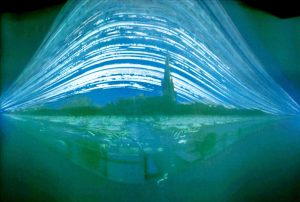 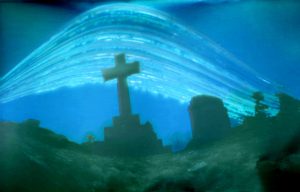 3 months in the deaths of Blance, Grace and Dorcus

There are two other claims Bristol can make in the history of photography. William West, who owned the Obscura on the Downs, was the first person to sell photographic materials in the UK. Sarah Anne Bright from Ham Green produced the earliest surviving photographic images taken by a woman. Bristol may be overshadowed by Fox Talbot in Lacock and Herschel in Bath, but the prehistory of photography began in Bristol.

The long exposure and Solargraphy 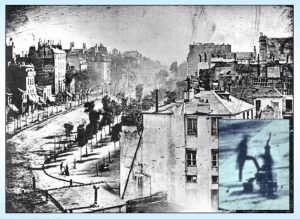 The earliest surviving photograph was taken in 1826 by Nicephore Niepce in France and took 8 hours to expose. From that moment progress in photography involved reducing this time to enable motion to be frozen and people to be captured without too much ‘clamping’. Unsurprisingly the most popular subjects in Victorian times were fairly static dead relatives!

The first photograph of the sun was taken, rather surprisingly, five years after the first image of the moon. Astronomical photography evolved with the advances of film sensitivity and lens speed, leading us to the digital imaging revolution of today where good images of the moon can be taken with a phone held up to a telescope.

Solargraphy is the creation of an image of the sun traversing the sky, from a day to several years. The technique uses a camera, made from objects in your recycling box, but can create images beyond the ability of a £5000 Nikon. 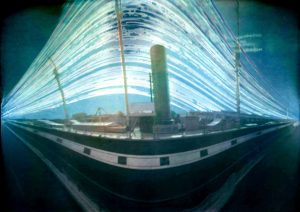 The road to accessible solargraphy then returned back to using time exposures combined with a re-examination of the historical technique of pinhole photography. Combining the slow sensitivity of (light sensitive) photographic paper with the small aperture of a pinhole, it’s possible to capture an image of the sun over time. So far, the longest exposure is up to 7 years.

The final image is a visible sundial, capturing lines of a day of unbroken sunshine, dashes and dots when clouds obstruct the sun, and blank areas when it rains (usually August!). In the 1980s, Belgian artist Dominique Stroobant first experimented with day long and 6 month exposures. In a pre-internet world, they lay unexplored for two decades, due to the schism between art and science, the images being ‘too sciencey’. This attitude receded with the growth of the digital world and the accessibility of digital scanning. The meeting up of old and new technologies kick-started a new technique. 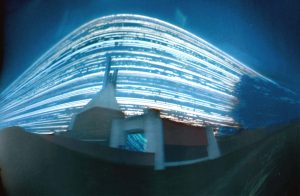 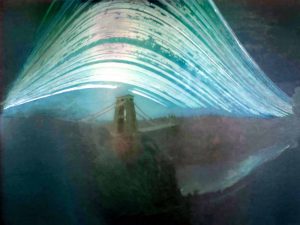 In the 2000s four exponents of this technique pushed it into the public eye. Carlos Lopez, Pawel Kula, Tarja Tygg and myself. Since these beginnings the technique has become a worldwide phenomenon enabling anyone for £00.30p to create an image of the sun for 6 months, £6298.70p less than a Nikon D6!

Workshops are often done through the Real Photography Company in Bristol around June or December enabling an image of the sun from its summer height to its lowest position in midwinter.

Here I’m sharing a worksheet that describes how to make a Tetra-Cam, a simple pinhole camera, from an empty carton, and use it to take a one-day solargraph image. 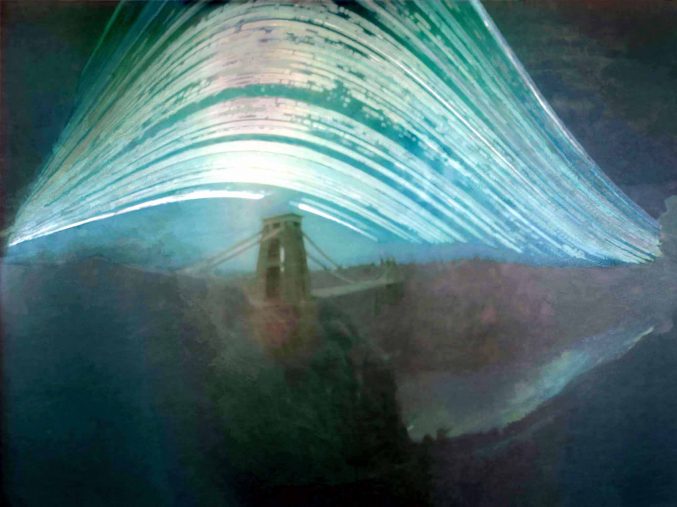