by Carol Metters, CEO of SAFE Link and Next Link.

SAFE Link and Next Link have partnered with The Georgian House Museum as part of the Interventions/2: Films by Yoko Ono exhibition.

The Interventions/2 exhibition features a work called Arising which addresses the abuse of women.

SAFE Link and Next Link provide support for victims of rape, sexual abuse and domestic violence across the Bristol and Somerset area. Survivors who have used these services have written about their experiences of abuse. Their commentaries will be on display as part of Arising.

We are very excited to be part of this exhibition. It’s an amazing opportunity to promote the support we offer and to give a platform to victims whose experiences are so often hidden. Giving victims a voice in the art world is new and radical. It extends the reach of victims and opens a door to a new audience that is normally off limits. It enables them to be part of the conversation.

Initially we were not sure if victims would want to take part. We spoke to our support workers and they were very enthusiastic and positive. They discussed the exhibition with our service users and explained that we needed photos of just their eyes (so they wouldn’t be identified) along with a short hand-written piece about their experience.

Straight away women said yes and then it snow balled. At the last count 115 victims had participated. They were particularly pleased that the event was taking place in a house as so often their abuse happened in their home behind closed doors.

Throughout the project we have been inspired by the number of victims who wanted to tell their story as a way of helping others. We were overwhelmed with the number who wanted to contribute and help. We’re very proud and feel privileged to be a part of the work.

We know that the abuse of women is an issue close to Yoko Ono’s heart and the Arising piece reflects this. It’s thanks to the collaboration between the victims that use our services and the team behind the exhibition that we have ensured that local survivors are central to the piece.

We have also delivered awareness training to museum staff so they feel confident to respond to anyone who discloses that they are victims.

We’re looking forward to seeing the piece and workers are busy organising trips with the women to visit the exhibition when it’s open. We hope it will enable more victims to see they are not alone and know there is help available if they come forward.

Interventions/2 is a series of avant-garde films by artist and activist, Yoko Ono. The films will play in rooms throughout the Georgian House Museum. The museum is open Saturday – Tuesday: 11am – 4pm.

One comment on Arising: Giving victims a voice through art 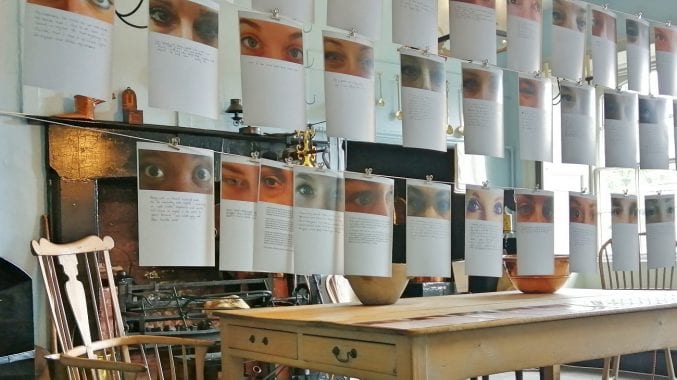