One of the most curious items in the Bristol Archives collection is one of the UK’s few surviving examples of a book bound in human skin.

In 1821 John Horwood, an 18 year old from Hanham, near Bristol, was the first person publicly executed at Bristol’s New Gaol. He had been convicted of the murder of Eliza Balsum, an older girl with whom he had been infatuated and threatened to kill. Eliza died following a head injury after Horwood threw a stone at her whilst she was out walking.

After his execution, Horwood’s corpse was dissected by surgeon Richard Smith during a public lecture at Bristol Royal Infirmary. Smith had part of Horwood’s skin tanned to bind a collection of papers about the murder, trial and execution and the subsequent dissection of Horwood’s body. The dark brown front cover of the book was embossed with skulls and crossbones, with the words ‘Cutis Vera Johannis Horwood’ (‘the actual skin of John Horwood’) added in gilt letters.

The volume has been held for many years at Bristol Archives, although over time, it has become too fragile to be handled. You can see the book on display at M Shed and view a digitised version in the searchroom at Bristol Archives.

8 comments on “The John Horwood book” 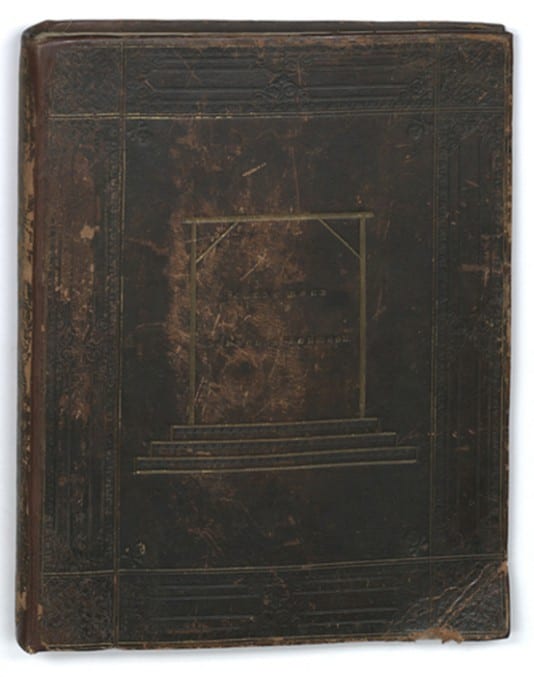