Work is underway to conjure our autumn exhibition, Magic which will be enchanting visitors at Bristol Museum & Art Gallery from October 2019.

Brought to you by the team who curated the hugely successful death: a human experience exhibition, this show will explore people’s personal relationships with magic, revealing the power of magic in everyday life and challenging perceptions of worlds beyond our own.

This stunning exhibition will include over 200 items from our own collection from across the world and millions of years apart.

The exhibition will move away from the modern idea of magic being based on illusions and allow visitors to travel into and amongst other worlds. We’ll reveal new arenas of magic; from communion with the gods; to the healing of cunning folk; and the power of charms to protect people from harm.

Among the artworks on display is ‘An Ecstasy’ by Fred George Swaish dated 1913.

‘An Ecstasy’ is a mysterious painting – it doesn’t quite fit with Victorian and Edwardian fairy paintings illustrating tales. It is ambiguous and slightly unsettling and has been compared to Rococo imagery, with its pink and gold palette and overall lightness. The fairies in this painting create links to magic and the supernatural – not unusual for Swaish’s paintings.’

We will also be displaying a terracotta plaque showing the goddess Persephone. ‘Originating from a 4th century BC temple to the god Apollo in Delphi, Southern Greece. This plaque may have been used as decoration on a building in Delphi in around 480-440 BC. It was probably placed there as a votive offering – an object displayed or deposited in order to seek protection from supernatural forces. In Ancient Greece votive offerings, such as these plaques would be kept on display in the sanctuary dedicated to a particular god for a time then ritually discarded.’

Accompanying ‘An Ecstasy’ and the goddess Persephone will be a colourful woman’s tunic, also known as a choli, dated between 1970-1985. Tunics like this were often given as part of a dowry for a bride from Megwhal people in the Tharparkar desert region of Pakistan.

The small mirrors (shisha) sewn onto the tunic, not only make it more beautiful but people believed that the mirrors would reflect bad luck away from the wearer.

We hope this sneak peek of Magic has inspired you. We look forward to welcoming you to the exhibition later in the year.

£10 could help develop more exciting exhibitions using our own collections. 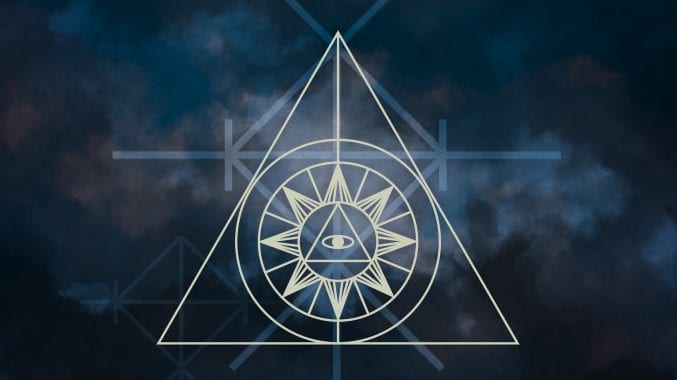