I’ve been at Bristol Museum & Art Gallery for the last few months on a student placement with the World Cultures team. I’m working on the British Empire & Commonwealth Collection which the museum has been looking after since 2012. A miniature ‘Ulu’ knife, traditionally used by Inuit women from the BECM collection

When Bristol inherited the collection from the British Empire & Commonwealth Museum (BECM) much of the documentation for the 7,000 objects was not up to standard. Some objects were lacking any description or pictures in the online catalogue!

Why is this a problem? Because it makes objects harder to identify, especially if the object is generic.

Curators and researchers need more information than ‘necklace’ or ‘spear’ to know whether it is the exact object they want.

There are hundreds of necklaces and spears from across the world and from different historical periods in the stores.

Bristol Museum & Art Gallery is also working towards putting their entire catalogue online. The description in the catalogue will be the information that appears online for the public to read so it needs to be accurate and informative.

A picture might be worth a thousand words but a photograph alone cannot tell you the history of an object, or what it’s made of, what it might have been used for. This is where research comes in, and researching objects is most of what I do at the museum. Often, with little base information, all sorts of stories can be revealed…. A miniature mug from the BECM collection

Why would a miniature carving of a knife or a cup be significant? It turns out the Inuit have been carving everyday objects out of soapstone and whalebone for many years.

Traditionally they were put into graves, so they could be taken into the afterlife. In some regions they were considered good luck charms – if the miniature lamp or coffee pot remained intact then the full-sized version would not break!

Now they are more commonly used as ornaments.

I’ve only been able to research a tiny percentage of the objects in the British Empire and Commonwealth Collection so there’s plenty of work to do for future curators and volunteers.

Are you interested in volunteering with us? Then get in touch! 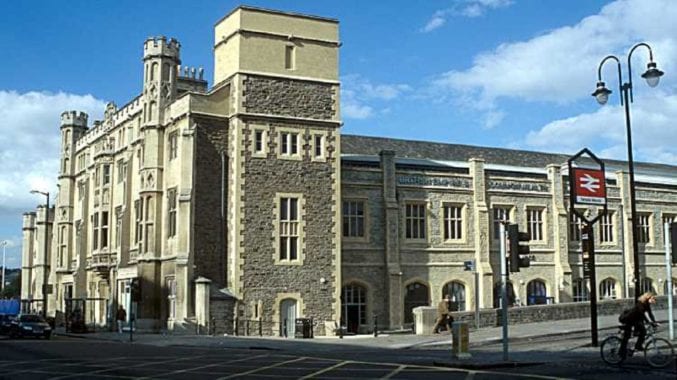