by Lucy Fulton, engagement officer in the formal learning team

Before the lockdown started, strange words were heard in some Bristol classrooms. These included incendiary bombs, barrage balloons and the anti-aircraft gun, ‘Big Bertha’.

These words all came from an oral history collection about the Bristol Blitz. The Unlocking Our Sounds Heritage (UOSH) project includes sound files from Bristol Archives. Now, they are the inspiration for new English, drama and history lessons for Key Stage 2 children.

Among the files are some vivid oral histories from around 1941 when Bristol was under attack. Bristolians recorded their memories of war time for a project in the 1980s. They told of the thrill of seeing the night sky lit up with flares and fire, and the terror of realising bombs had destroyed their streets.

bristolmuseums · Mrs Harvey recalls listening to the sound of the bombs and buildings crumbling.

An elderly man remembers putting out fires and moving casualties in the bombed-out city and ‘just getting on with it’. There were also lighter moments. One woman remembers an incendiary bomb landing on her feather bed at a house in Croydon Street, ‘there were feathers all the way to the centre!’ she squealed with laughter.

bristolmuseums · 3. A woman recalls what happened when an incendiary bomb hit a feather bed

The learning programme was developed for Year 6 children (aged 10-11 years) and is in three parts. The children began by using historical evidence from the oral history recordings and artefacts, maps and photographs of the Blitz. Then they had a note-taking session to help their spoken language skills. This is a key part of their English curriculum. Listening to someone talking for three minutes without losing concentration is harder than it sounds!

The final activity was a day-long drama workshop, run by actor and playwright, Toby Hulse. He helped the children produce their own short scenes by using drama techniques and the recordings of people talking about the Bristol Blitz. The children then performed to the rest of their class. The audience feedback was later used to improve their scenes.

This project gave the children a sense of what it was like living through the Blitz. It was terrifying, unifying, sometimes boring, and sometimes fun. Teachers highly valued the project. One said this was ‘a unique opportunity to dedicate a day to History and drama!’ Another welcomed ‘[the] huge range of brilliant sources.’

UOSH will continue to digitise rare and unique voices that can be used by teachers to bring the past to life. We are now looking for more schools who would like to work with us. Look out for our free teacher CPD on this subject later in the year. Sign up to our newsletter to stay up to date. 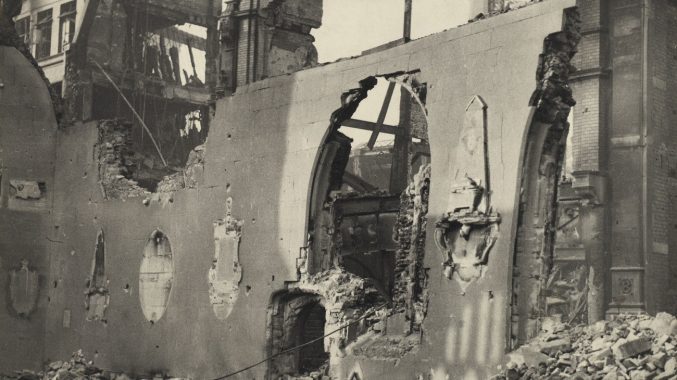