It’s coming up to a year since I wrote the first blog describing the ‘imminent’ return of a hunter’s coat to Aanischaaukamikw, the Cree Cultural Institute (ACCI), and a lot has happened during that time.

It’s also true to say that a lot hasn’t happened. The coat became a victim of the global and local Covid related lockdowns and had to remain at the museum. In September 2020 communications were picked back up again and plans were restarted for a smaller, quieter return so that the coat could be incorporated into a new display at ACCI due to open Spring 2021. I hope to travel to Ouje-Bougoumou when it is safe next year for a more official handover and in order to see the coat in its new home, speak to community members and learn more about their future plans and projects. Aanischaaukamikw will make an announcement about this when it has been received back into their region. Please follow their Facebook page for updates. Please contact us or Aanischaaukamikw about any additional information, or wait for their official communication. 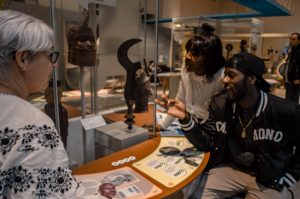 This year has also been a time for more in-depth reflection on the decolonisation journey we as an organisation are attempting to make. Repatriation and restitution are cornerstones of this process and we have been slowly moving forward in responding to calls for the return of the Benin Head that is currently on display, also in the Curiosity Gallery.

At the end of last year we were presented with a video message from a member of the Royal Court in Benin that came via a young person who had worked on our Uncomfortable Truths project. Prince Edun was requesting the return of the object to his family, a request that has been made in relation to all material that was looted from Benin during the destruction of its royal city by the British in 1897.

It is part of our process when investigating claims for repatriation that we always look into the possibilities for competing claims. So from early 2020 we have been trying to make contact with the Prince to acknowledge the request and also speaking to people who have been working with the wider Royal Court and the Benin Dialogue Group, as well as other UK institutions that hold similar material. In recent weeks it has become clear that the Legacy Restoration Trust is another avenue we could use to open up dialogue with relevant institutions and individuals in Nigeria.

Work on repatriation is not necessarily simple or a ‘quick win’. Even in cases where the history of objects are broadly known, for a variety of reasons, it can take months and even years to establish dialogue and relationships. Where we do not know the history in detail we need to find and allocate resources and time to research relevant documentation. We also need to find out where are the most relevant places for material to be returned to – national museums, community museums, individual families, organisations that represent tribal societies or other cultural groups.

I hope in the coming months we will have more news on these, and potentially other repatriation and restitution stories, as the impact of the pandemic subsides and the work of decolonising collections continues. 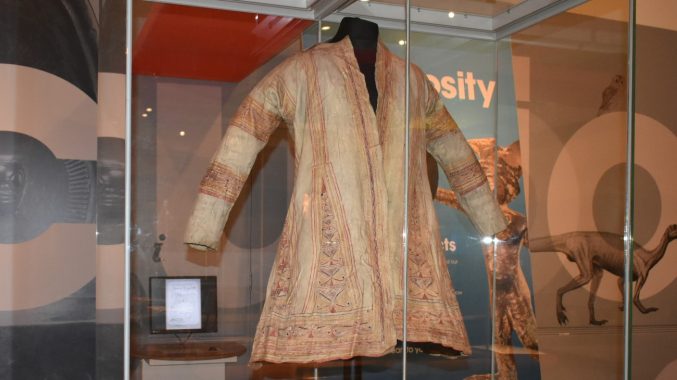