We’re very excited to announce new work on display in the modern and contemporary gallery at Bristol Museum & Art Gallery – just in time for Christmas!

A private collector has generously loaned us a painting by one of the world’s most infamous (and Bristol born) contemporary artists – Damien Hirst.

2017 marks the 20th anniversary of the Sensation exhibition at the Royal Academy of Arts that made Hirst, and his fellow Young British Artists including Tracy Emin and Sarah Lucas, household names.

Nine years previously in 1988, Hirst organised Freeze – a show of work by his fellow Goldsmiths students which captured the attention of ad executive collector Charles Saatchi. The rest, we might say, is history.

Hirst’s spin paintings are made by pouring household gloss and turpentine onto rotating canvases. Beautiful Hours borrows a well known art-historical symbol of passing time, the skull, but the liquid swirls of acid-coloured paint suggest fluidity rather than mortality.

It’s as if the artist is making a secular statement, rather than one about the afterlife, bringing us into the present moment – hence beautiful hours. In the same gallery you can see Barbara Hepworth’s Winged Figure I, the prototype of the futuristic aluminium form that the artist designed for the exterior of the John Lewis store on Oxford Street in London.

Made in 1957, this is a work that uses humble materials – a sheet of manipulated bronze with a layer of isopon, the substance used to fill dents in car panels.

The iconic form, with its threaded strings radiating outwards from the centre, casts dramatic shadows in the gallery.

The sculpture is a monumental metre cube of compressed pur eh tea, and a popular brand drunk in China.

The material conjures up associations with China and trade while also subverting the hard clean lines of 1960s Minimal Art such as Carl Andre’s bricks or Richard Serra’s corten steel.

It’s brilliant to be able to bring these very diverse works together in the gallery where we tell the story of art in the 20th and 21st centuries. I hope they will inspire you to visit the museum and take some time to enjoy our beautifully refurbished art galleries. 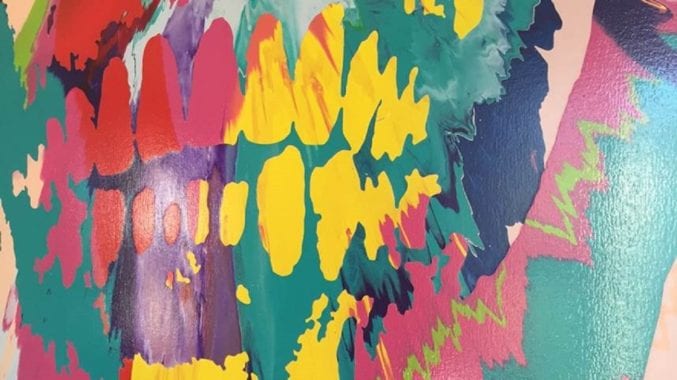