Just before lockdown in 2020, two curved wooden benches outside the entrance of Bristol Museum & Art Gallery were vandalised beyond repair.

Sadly, for the fourth time in two years, one of the benches outside our entrance has been vandalised.

The two benches were presented to the people of Bristol by Post Office workers in memory of their colleagues who died in World War II. The benches are therefore, war memorials. pic.twitter.com/P1b6p94SZK

They were registered War Memorials that commemorated the Bristol postal workers that lost their lives during the Second World War.

As custodians, the museum maintains and repairs the benches so they can be used by everyone. For more than 70 years, they have been popular and convenient resting spots – particularly when the sun is shining.

Unfortunately, following sustained acts of vandalism on them, we were unable to repair the latest damage and the benches were removed entirely.

However, thanks to generous funding from the Post Office Remembrance Fellowship, I’m very pleased to say that two new benches have been installed this week. Two bronze commemorative plaques from Bristol Foundry will be set into the pavement:

“Presented to the Citizens of Bristol by the staff of the Bristol Post Office in memory of their colleagues who gave their lives in the Second World War”. 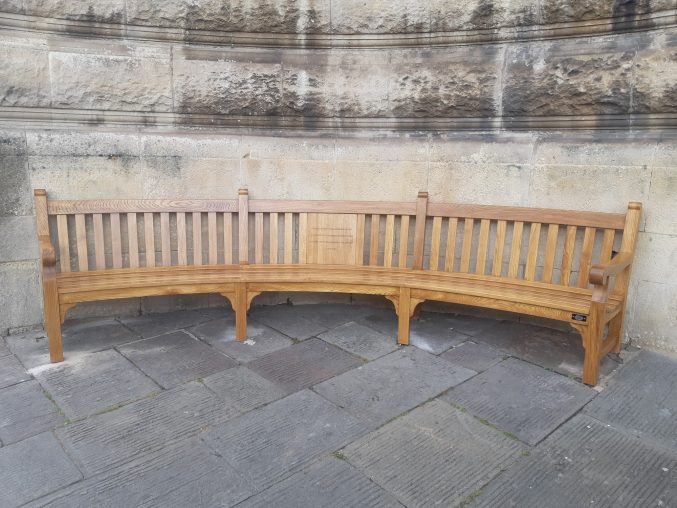 It is worth remembering the role that Post Office workers played at home during the World Wars. Indeed, the Postal Museum records that in both war the death toll was 12,830.

On 17 May 1940, Sir Anthony Eden, then Secretary of State for War, broadcast an appeal to British men aged between 17 and 65 to become ‘local defence volunteers’ and protect the country from possible enemy ground level attack. As a result of this, postal workers formed their own Battalions to defend Post Office buildings of crucial strategic value – both to the British military and an invading army.

There was also the important task of keeping the postal services operating as efficiently as possible at a time when post was the primary form of communication across the world. Once bombing of cities commenced, ‘Salvage squads’ were required to rescue mail, cash and other materials from blitzed post offices, sorting offices and post boxes. It was a stated aim of the Post Office that any delayed mail recovered in this way would be delivered within 48 hours!

The involvement of Post Office workers on the Home Front during WW2 is an excellent example of British wartime civilians ‘doing their bit’ with considerable bravery and sacrifice. It fully justifies special recognition, and these benches are reminders of their valuable contribution to the war-effort. 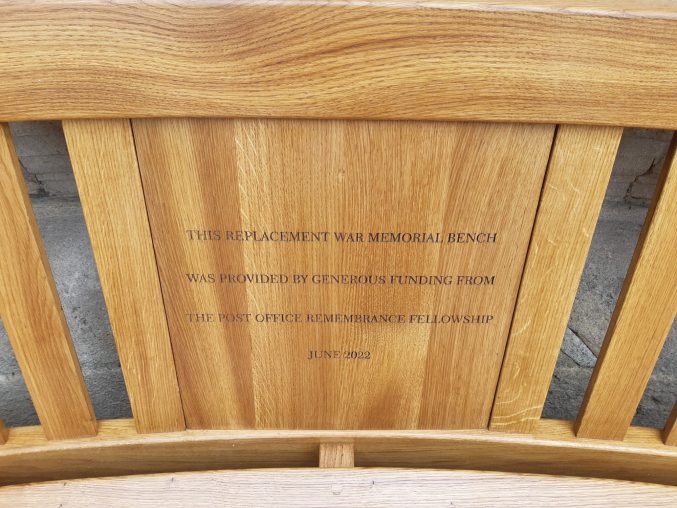 I’m sure the reinstatement of these benches will be a very popular. From sunny lunch spots to just somewhere to take a breather after the Park Street climb, they have been well-used and well-loved over the years. We are extremely grateful to the Post Office Remembrance Fellowship for enabling us to bring them back.

Please help us to look after these pieces of Bristol’s history and always report any vandalism you witness to the Police on 101. 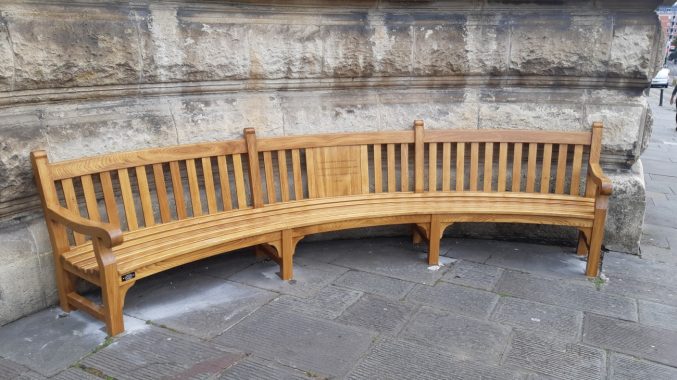