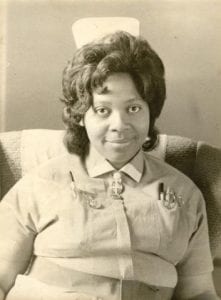 I’m part of the team digitising audio recordings for the Unlocking Our Sound Heritage (UOSH) project at Bristol Archives.

This has given me the chance to hear stories from countless people on a wide range of subjects. Some of the speakers are well known; and all talk about their personal experiences.

There is an immediacy to their words crossing time through a recording’s hiss and hum to speak directly to us. So when UOSH began digitising the Easton Heritage Project collection from microcassette in the summer of 2019, I was amazed to discover a voice I already knew.

Technically, the quality of microcassettes is pretty low, as the format was only intended to be used for dictation purposes. However, with a few adjustments to the vintage player in the studio, the quality was improved and the voice of Princess Campbell took on its own life.

bristolmuseums · Princess Campbell: You’ve got to be in it, to do it

In 1990 as a student nurse, I was sent to Ward 21 at Frenchay Hospital to cover a shift. The sister in charge was Princess Campbell. Over the course of the shift, Sister Campbell told me in part how she had become one of the first black ward sisters in the NHS. It was a busy day which stretched into the evening and there wasn’t much time to talk, so when I was finished, I left without having heard the whole story.

30 years later, I finally had the chance to hear more from Princess Campbell herself. The recordings were made by children as part of the Easton Heritage Project in 2007.

Over the course of two recordings, Princess Campbell tells the children about coming to England and staying with a friend before starting her nursing training in 1964. She describes the difficulties in finding housing and employment and the racism she and the black community faced in 1960s Bristol. She talks about training and becoming a nurse, qualifying both in psychiatric and general nursing, taking every qualification she could and gaining the respect of her peers, yet still being passed over for promotion. It was several long years before the hospital finally made Princess Campbell a ward sister.

She talks about standing with others to peacefully protest the ban on Black drivers on the buses in Bristol, a matter finally resolved after the bus company relented in 1963. And she describes her involvement in setting up a housing association and lobbying MPs after the Bristol riots in 1980.

Four years after our recording was made, Princess Campbell was awarded an MBE for services to the community. In 2015, the streets of Easton were filled for her funeral.

Princess Campbell worked tirelessly for others and listening to her calmly describe what she achieved remains a UOSH highlight for me. 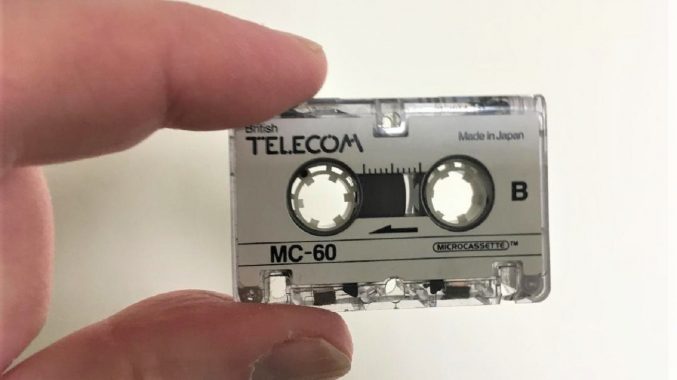