On the Unlocking Our Sound Heritage project, we are preserving thousands of at-risk audio items. We have cassettes and open-reel tapes, shellac discs and even wax cylinders; some of these sound carriers are close to a century old. The skills required to transfer the audio information on these items are specialised. The playback equipment is long-obsolete and often in need of constant maintenance.

However, to my surprise, these long-dead analogue formats have not posed the biggest preservation hurdle. That honour goes to the humble CD-R.

Although CDs have been in use since the early 1980s, CD-Rs did not come into regular use until the early 1990s. This makes them one of the more modern formats we are preserving.

Whereas a commercial CD has a pressed aluminium foil layer encoded with the digital audio information, CD-Rs have a dye layer which is ‘burned’ to give the same effect. This dye is unstable and less durable than pressed foil. It can be affected by sunlight, solvents (like permanent pens used to label the discs) and varies in quality and compatibility with the myriad CD burners on the market. The addition of paper labels, over-enthusiastic homemade Sharpie artwork and the ease of scratching the plastic discs only worsen these problems. As such, even a well-stored CD-R can have a lifespan of as little as 10 years. Out of the several thousand sound items we have preserved so far, CD-Rs have had a failure rate far higher than any of the older, obsolete formats.

This all goes to highlight the many issues audio archives are presented with, and the need for prompt preservation.

Analogue tape is prone to degrading (the dreaded ‘Sticky Shed Syndrome’). Playback devices are becoming rarer and rarer, with spare parts and specialised maintenance engineers harder to come by. Pre-vinyl discs such as shellac and lacquers need specialist cleaning and playback equipment beyond the financial scope of many smaller institutions.

Even MiniDisc players are getting more difficult to find. Add to this the major problems found with CD-R preservation, despite the format’s perceived status as a ‘safe bet’, and we are at risk of losing an enormous quantity of historical information from the 20th and early 21st century. An irony not lost in an archive that has books that are still in fine fettle after hundreds of years!

The Library of Congress has provided a simple guide to care for analogue audio-visual formats. As for CD-Rs, the best approach now would be to rip the information from them as soon as possible.

If your computer hasn’t got an optical disc drive, external USB options exist for all budgets. Store the results in cloud storage such as Dropbox, as well as on a quality portable hard drive.

Let’s try and save our sounds – before it’s too late. 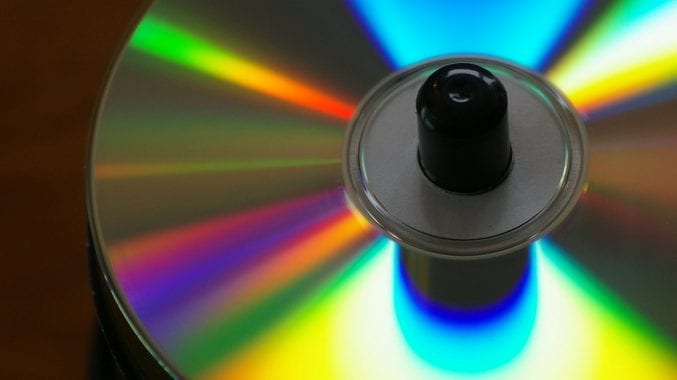