Our volunteer, Pat Ellingham, found this story of the young Penelope Chetwode (later Lady Betjeman) in the photograph albums of Geoffrey Kellie, part of the British Empire & Commonwealth Collection.

There’s a definite sense of a special presence when Penelope Chetwode first appears in Geoffrey Kellie’s albums, posing on horseback and in family groups. She was the only daughter of Sir Philip Chetwode, Commander in Chief of the Imperial Army in India. He held this post from 1930 to 1934 and Geoffrey Kellie was his personal assistant (ADC or Aide-de-Campe).

This was a pivotal time both for India and for Penelope. She came to India in 1928, aged 18, and her years there coincided with a time of growing agitation for Indian independence from Britain. The photographs in the albums show an informal side of the life of the British elite, from images of Lutyen’s splendid buildings in New Delhi to life on the high ridge of Simla, the summer capital of the Raj.

Penelope’s home in New Delhi was called Flagstaff House, and after Independence in 1947 it became the residence of Jawaharlal Nehru, the first Prime Minister of India. It now houses the Nehru Memorial Museum. Penelope would spend the hot months in Snowdon House, Simla, and it was from here in 1931 that she and her mother rode to Kulu, in the high Himalaya. 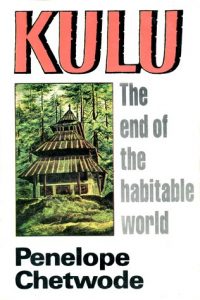 Many years later in 1963, when Penelope was Lady Betjeman (she married the future poet laureate Sir John Betjeman in 1933), she embarked on the route all over again and wrote a book ‘Kulu – End of the Habitable World.’

In the book she recalls that earlier trek, writing: “The route was well supplied with rest-houses and we took our own cook, servants and stores. All our arrangements were made by our efficient ADC Geoffrey Kellie, who accompanied us.”

The book is now out of print, but to my delight I tracked down a digital copy online.

It was an enthralling read, made even more so by her frequent references to the adventures of that past trek and of Geoffrey Kellie’s companionable efficiency. When a mishap befalls her on her 1963 trek, she recalls the days when there were no cars on the Hindu-Tibet Highway and the rest-houses welcomed the Raj travellers with hot water and delicious food, all arranged by Geoffrey. “Now Geoffrey Kellie, who my father called ‘the perfect ADC’ was seven thousand miles away, market-gardening in Berkshire”, she laments.

I went back to look at the photographs of that trek, lovingly curated by Geoffrey Kellie. He had a fine eye for composing views of mountains and details of architecture, as well as glimpses of his travelling companions, from porters and ponies to Penelope herself.

We can see her enjoyment of the India she was discovering, and would go on to explore in later years as an expert in temple architecture. In fact, her growing interest in India in 1931 and attempts to learn Hindi earned her censure from her Raj peers, for whom ‘going bazaari’ (mingling with Indians) was one of the greatest improprieties.

In 1994 Penelope’s granddaughter Imogen Lycett Green wrote a memoir about her grandmother’s Indian travels, which also looks back to the 1931 trek. She writes “An ADC of my great-grandfather’s who had become a friend of my grandmother’s in the early thirties wrote a poem for her:

Simla Scandal Or A Bazaari Ballad 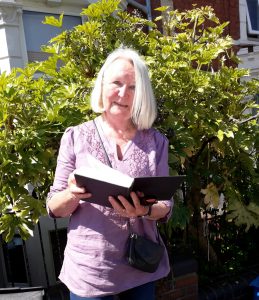 An Aide-de-Camp from Far Bengal
Was sitting in the Snowdon Hall
Consuming with delight a small
But most refreshing brandy
He said in accents pained and sad
‘I say I feel an awful cad
After the topping time I’ve had
With your champagne and shandy
In raising questions which no doubt
I hardly am concerned about.
One day before I came up here
I was startled by a minor peer
Remarking with a drunken leer
Miss Chetwode’s gone bazaari!”

I like to think that it was Geoffrey Kellie who penned this affectionate tribute to his young friend, his poetry almost as good as that of her future husband!

You can access the albums of Geoffrey Kellie in the searchroom at Bristol Archives. The British Empire and Commonwealth Collection reference is ref. 2002/055. 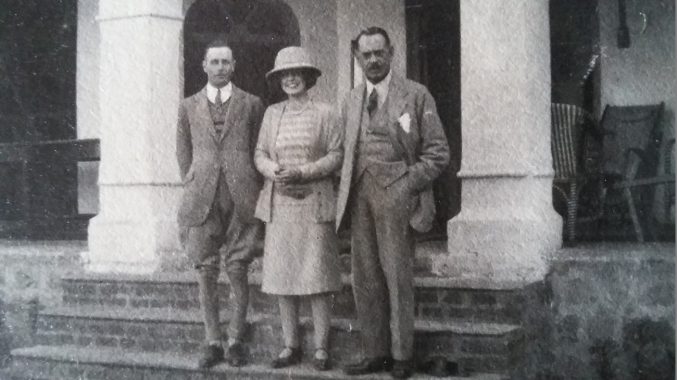