Last month Margaret shared her first impressions of her new home in Nairobi. In this instalment, she settles into her new job and surroundings, and of course, before long has made lots of new friends! Some of the terms she uses to describe the people and areas she encounters would not be considered acceptable by today’s standards.

A week in Nairobi, I’m going to like it alright, haven’t been on full duties yet, there’s a big staff of Res [Royal Engineers] in the office. It’s a busy place though and we all start in earnest tomorrow. Miss Andrews has been sent on into Uganda, and there’s a rumour of “Davie” going too. This is a pretty place, very scattered, there are large vacant spaces such as we never see at home, it’s only a City in the making this, and things are very primitive. The roads are wide and there are no streets nor pavements.

This Bungalow is more like a Barracks or Charitable Institution than a home, our bedroom floors are cement and our walls painted wood, what more can one expect from the Government. But I am going to be happy here ‘cause I’m determined to be. On Friday evening a crowd of us walked to a French mission about three miles away, the path led through plantations of coffee and bananas and over a burn and some rocks which looked almost homelike. We met no white people, only natives otherwise we might almost have imagined ourselves in Britain.

Yesterday we went to a Bachelor’s tea party, Mr Watkins from the Cluny and his friends invited a party of us, and it was very nice. After dinner the men appeared at the Bungalow with Rickshaws to take us all to the picture theatre. We quite enjoyed it, it’s funny that there are two intervals for ices and walks during a programme here, and the whole thing doesn’t finish until 11.30pm. In the “pit” were Indians turbanned and otherwise, Arabs, Swahilis etc, and beside us there were many Soldiers and few girls. There’s a rumour of a mail in today, oh for some letters! We’ve had none yet.

I’m liking Nairobi ever so much, went to the Kirk on Sunday evening and Peter was there, joined me coming out and we both visited the Post Office. The mail only contained correspondence posted before we left so boo hoo there was nothing.

It’s nice to have a Cousin Peter though, he took me out for coffee and a long chat on Tuesday forenoon and invited me to take a friend to dinner, this little dinner party took place last night and it was topping. It all happened through losing my hat. Tommy helped to find it and has taken up such a lot of my time since. He’s over 6ft tall and is the very nicest of the nice REs in the office. He’s known as “Jock”, “Scottie” or “Tommy”, but, as the first two names are also mine, he’s usually “Tommy” now. A proper Scot from Lerwick, formerly a Gordon Highlander. That’s John Thomson then, and I haven’t written my diary for a month.

I’m having a lovely time, am in a Musical Comedy, and have been to the picture theatre several times lately, last time was with Lieut.

Tyrrell who used to be in St Andrews with the Lancs Hussars and is engaged to Annie Stewart. He is away down in Portuguese East now.

Tommy comes for tennis every morning after breakfast when we are on late, and Pat used to come too, alas he’s now gone to DSM [Dar es Salaam]. Pat is the funniest of men, I took a snap of him once when he had put on my “Tammy” to represent a Scotsman, and it makes everyone laugh, he’s so fat and keeps us all laughing, at least used to, we are sorry he has gone, but Tommy only stayed because he won the cut at cards, it all hung on the balance for days and they were told to decide amongst themselves.

Miss Joseph, known as “Jo”, arrived from London three weeks after we did, and is quite an acquisition to the Bungalow in the way of liveliness for which let us be truly thankful.

Tommy and I went for a walk at sunset last evening and saw the red glow of the setting sun on the snow of Kilimanjaro and Mero. The huge mountains towering away far off on the horizon looked very beautiful. Kilimanjaro the second highest mountain in the world, I’d like to see it closer some day. Tommy knows it well, has tramped the sides of it and through much of the wild country round it in the great hunt after the Huns.

My friend Tommy has been mentioned in despatches for something he did there, but he won’t allow me to tell anyone here and I’m the only person in Nairobi he has told as he doesn’t want to be a “bloomin’ hero.” But I’m proud of him, ever so proud, he’s my pal for all the time we can keep one another company in this strange land. One day we cycled to the Ruarku falls, past native villages with huts of mud and rushes, over a red clay road of doubtful surface, past many strange trees, we particularly noticed the castor oil bushes with their oil berries.

We met many natives, trudging to town with their loads of vegetables and other things, and an occasional bullock cart went crawling along. The hills in the distance were very pretty and ere we reached the falls we passed through a lemon grove and past some coffee plantations. The falls are very beautiful and in quite a wild part of the country where the natives still reign supreme. Practises for the musical comedy are going strong and Mrs Jessop has lent us costumes for the fancy dress ball in the third act. I’m not liking the office specially just now, am doing “manual labour” on delivery.

Mr Balmer took a lot of photos on Sunday and I’m good on nearly all of them, some specially so, some are awfully funny, we have been laughing over them all evening since dinner.

I had a letter today from Lieut Tyrrell, now on his way to Songia and fed up with the Country. I’m longing for another mail from home.

Next month Margaret tries her best to remain positive, despite the double disappointment of a stay in hospital and Tommy being transferred to Dar es Salaam.

The mysterious Tommy, with whom Margaret was so taken, has proved difficult to track down. The Postal Service appointment books show a John Thomson from Lerwick, but there are no corresponding matches in the WW1 service records. We were particularly interested to know if he really was mentioned in despatches, but despite trawling through numerous despatches from the East African campaign his name hasn’t so far shown up. Maybe he wasn’t quite so much of a “bloomin’ hero” as he made out! 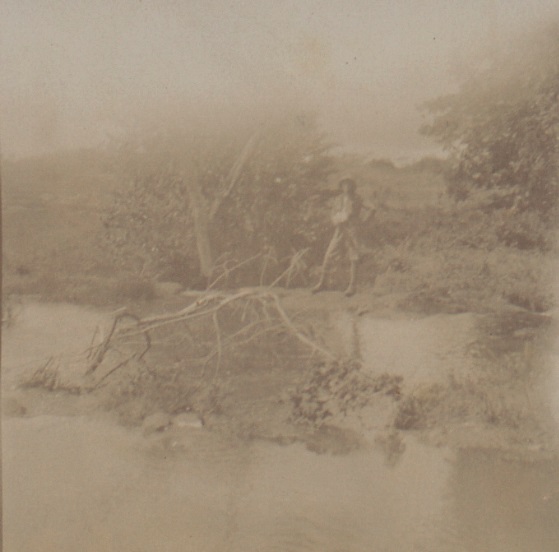