Among the archives in the British Empire and Commonwealth Collection, we found an intriguing group of papers and images by the anthropologist Dr Malcolm Ruel.

These document his work in West and East Africa during the 1950s. Not only do we have his field notes and working files, we also hold his extensive range of photographic negatives showing life amongst the Banyang and Kuria peoples.

Malcolm Ruel obtained a BA in social anthropology from Cambridge University in 1951. He then moved to Oxford University and completed a DPhil on the Banyang people in 1959. Ruel undertook two main periods of fieldwork, firstly in West Africa from May 1953 to December 1954. He studied the Banyang people in the Upper Cross River area of the Cameroons, an area of tropical rainforest. He lived in a hut in the village of Besongabang and later recalled that he walked through the forest in plimsolls, as these drained water more easily! His work was the basis of his first book, Leopards and Leaders, in 1969.

Ruel’s second period of fieldwork, from June 1957 to December 1958, was with the Kuria in East Africa. During the German/British colonial period, an international boundary had been arbitrarily drawn between Kenya and Tanganyika, dividing the Kuria people who still retained close links across the border.

He lived in a series of canvas tents. First in the Renchoka district of South West Kenya, where he travelled widely. He then lived for four months in Butimbaru in North West Tanganyika (now part of Tanzania) to undertake a comparative study of the two Kuria cultures.

In both regions Ruel learnt to speak the local language fluently, with the assistance of native speakers. He felt strongly that it was an essential task for any anthropologist. In fact, he helped to edit the very first Kuria-to-English dictionary, published in 1996.

Following fieldwork, he taught social anthropology at Edinburgh University and then Cambridge University, where he became a Fellow of Clare College. After retiring in 2002, he maintained links with his Kenyan friends and visited them many times. After Malcolm Ruel died, his papers and photographs were donated to Bristol Archives. The photographs show the people he lived with and studied, featuring their living arrangements and domestic life, as well as rituals such as coming of age ceremonies. There are also pictures of the West and East African landscapes he explored. These give a visual insight into what life was like amongst the Kuria and Banyang in the 1950s.

These fascinating images are such high quality that we have digitised and shared them online. It took a few months to scan and catalogue them all as there are over 600!

We’re very pleased to say that after the photos were catalogued, Malcolm Ruel’s family took copies of his images back to Kenya, where they shared them with the descendants of people who were involved with his original work in the 1950s.

This catalogue was produced with support from the National Cataloguing Grants Programme for Archives. 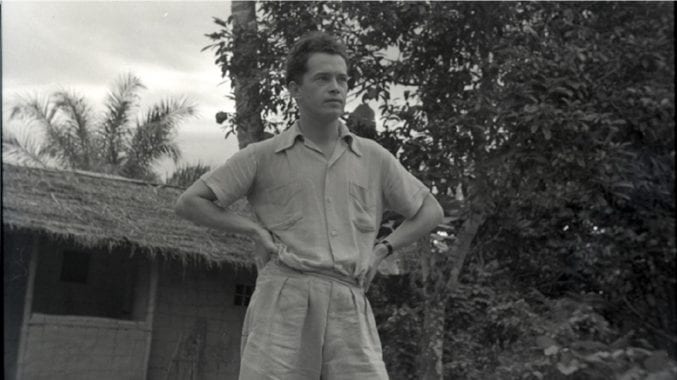