The third installment in our series of blogs inspired by images from the 53rd Wildlife Photographer of the Year competition, is from Rhian Rowson. She noticed a likeness between Andrey Narchuk’s ghostly Sea Angels and the Ghost Slug we have in the Natural Science collection.

This image of ‘Romance among the Angels’ by Andrey Narchuk, is a magnificent opportunity to glimpse into the underwater world, allowing us to come face to face with angels.

These incredible creatures are molluscs, a type of sea slug known as Sea Angel (Clione sp). They swim upwards in the plankton by flapping their short, rounded ‘’wings’’.

The image shows a pair mating; sea angels are protandrous hermaphrodites, which mean they are both male and female during their life cycles.

Although their swimming is enchanting, sea angels are compulsive predators, loaded with noxious chemicals. They hunt Sea Butterflies (other molluscs resembling snitches in Harry Potter) and wrench them out of their shells in a violent battle where the butterflies usually lose. The Ghost slug (Selenochlamys ysbryda) is an air-breathing land slug, a mysterious creature that first appeared in Bristol in around 2008. Its Latin means ‘the Moon cloaked ghost’.

The creature is ghostly white, apparently blind, and is also a ferocious predator, using its bladelike teeth to feed on earthworms at night.

It is found mainly in gardens and is thought to have been introduced from Eastern Europe.
It could be haunting a garden near you.

If it is, could you create your own version –  ‘Romance among the Ghosts’?

See Romance among the Angels and many more inspiring images:
Get tickets for the Wildlife Photographer of the Year exhibition and purchase a souvenir from the shop. 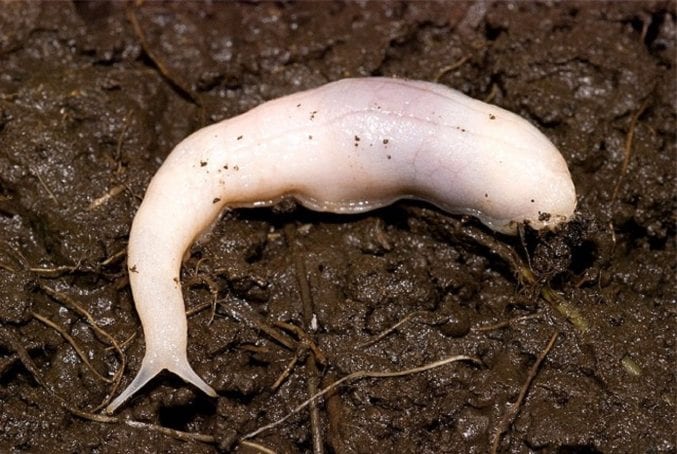