by Amber Druce, curator of history

Happy Christmas! Did you know… one of the most popular carols was first sung in Bristol, at the New Room in Broadmead?

Hark! the Herald Angels Sing was written by Charles Wesley and published in 1739. Between 1749-1771, he lived at 4 Charles Street, just off Stokes Croft. 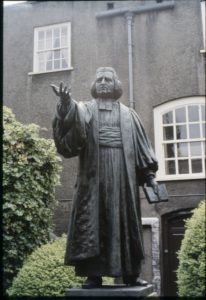 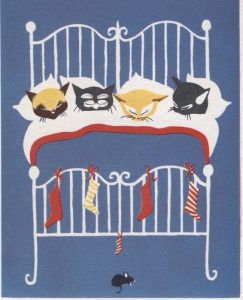 The Christmas card was invented in 1843. Before that, people wrote letters to their friends and family. It wasn’t until the end of the 1800s, when improvements had been made to the chromolithographic printing process, that buying Christmas cards became affordable enough for the majority of people.

The cards in our social history collection range from Victorian times to the present day. One of my favourites is this cat card, sent in 1963. Even the mouse at the end of the bed has a little stocking! 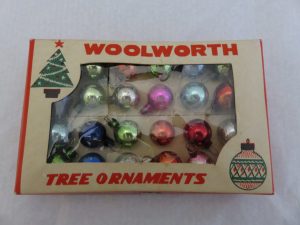 The tradition of having a Christmas tree in the home began in Germany.

In 1848, a picture of Queen Victoria, Prince Albert and their children around a big Christmas tree was published.

After that, trees became really popular in England. Our tree decorations include two handmade fairies, and some baubles from Woolworths.

In our Fine Art collection is an 1810 portrait of Clement Clark Moore. He wrote a poem called ‘A Visit from St Nicholas’, more commonly known as ‘Twas the Night Before Christmas’. 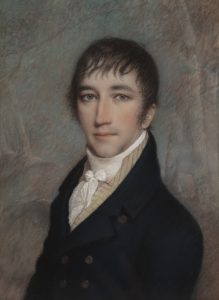 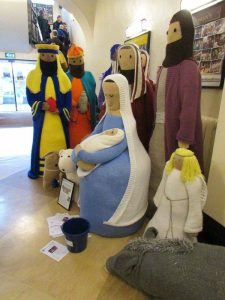 The Knitivity was made by the Knutty Knitters, a small group of women from Bristol. It took a year to make the characters, and was shown for the first time at the St Peter’s Hospice shop in Yate in 2012. After that it toured at Christmas for several years.

Please get in touch if you’d like to donate any festive photos or objects relating to Bristol, we’d love to hear from you. 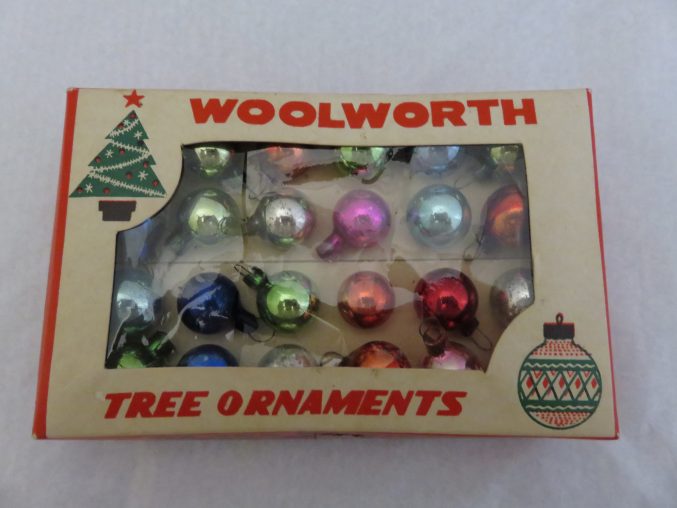