The 1965 Royal Garden Party commemorated 50 years of the WI. The jubilee celebrations also saw the WI hold a national competition for the best scrapbook about life in each WI branch’s village or town. The recordings shared here appear to be women reading either their own or a family member’s written scrapbook entries.

I have been listening to the life stories from a range of men and women across Devon, recorded in the 1970s by the Devon Federation of Women’s Institutes (WIs). These stories highlighted the lives of rural women. Among them are recollections of the Women’s Institutes’ Golden Jubilee celebrations at Buckingham Palace; the WI was granted a royal garden party in 1965 and 9,000 people attended.

The National Federation of Women’s Institutes was formed in 1917 to enable women to take an effective part in rural life and for better education of countrywomen. 2020 marked the centenary of the Devon federation WI; their first WI formed in Collumpton in 1917. Today in Devon there are just over 6.5 thousand members in 206 WIs.

The WI was one of the first attempts in rural Britain to form a really democratic women’s organisation. It provided, for the first time, an opportunity for women of all classes and from all religious backgrounds to work together for their mutual benefit and that of the wider community.

Bessie Walters, Vice President of Dancombe, Devon WI, recalls the lady of the house she worked in forming the WI, asking for women of different class and social standing to be included (recollections read here by Mrs. Walter’s niece). 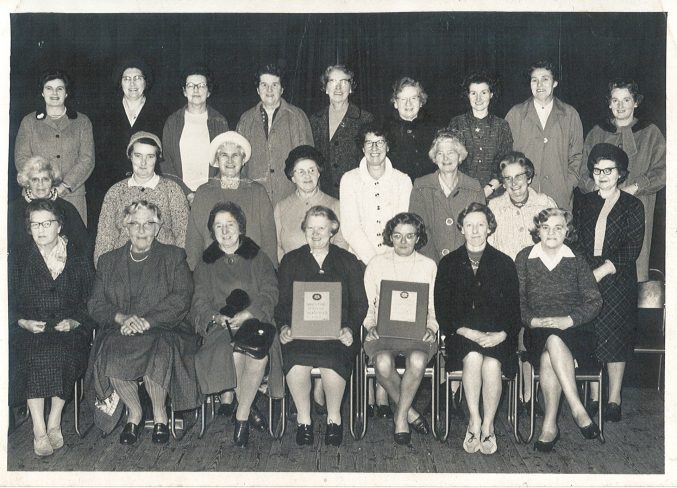 Back to the Garden Party! 500 WI representatives, one from each branch, were sent an invitation. This lady from Devon was very excited to receive her invitation (addressed to her husband…) from the Prime Minister Lord Chamberlain. She recalls both the routine of a married woman in rural Devon at the time, and deciding what to wear on her day out to see the Queen. What would you choose to wear? 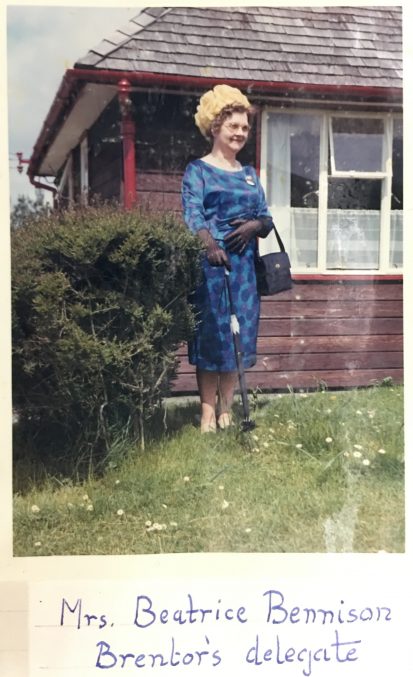 Bessie’s story also highlights the sociable aspect of the Garden Party; Bessie met a member from another institute and made a lifelong friend when the woman recognised her Devon accent and dialect. Bessie was a proud Devonshire lass, although she might’ve been a bit shy to say at first…

From the Somerset Standard, 28th May 1965. Image courtesy of The British Library Board.

It wasn’t just the WI members at the Garden Party. A range of celebrities and political figures attended, alongside a mixture of royalty, gentry and rural folk. The voices on the recordings talk admiringly of the Queen and the late Duke of Edinburgh, and mention Princess Alexandra. But they also talk about the intimidation they felt as rural women amongst royalty and the gentry, although Bessie had a particularly meaningful experience!

bristolmuseums · 4. Members of the Devon WI recall the Royal Garden Party in 1965

Some historians argue that the royal family provided the strongest cement for a British identity during this period, one that avoided divisions. Ceremonial events such as the Queen’s coronation, Jubilee commemoration and other ‘royal pageantry’ were above political conflict. We may not see the royal family in the same light, but to these ladies, who experienced the pageantry and hospitality in the big city, this was a big deal and one they would never forget.

bristolmuseums · 5. Members of the Devon WI memories’ of the 1965 Royal Garden Party 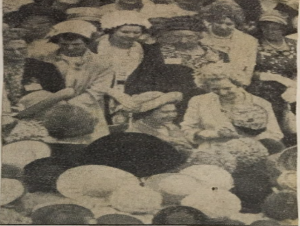