24 November 2020 marks 80 years since the first major devastating air raid on Bristol during World War Two. The raid and the damage it caused was recorded by local shipping inspector Leonard Pitman.

Thanks to funding from the Friends of Bristol Museums Galleries & Archives, Bristol Archives was able to buy his report at auction earlier this year.

It begins by describing the events of the previous night. The air raid sirens sounded at 6.30 and the all-clear came at midnight. 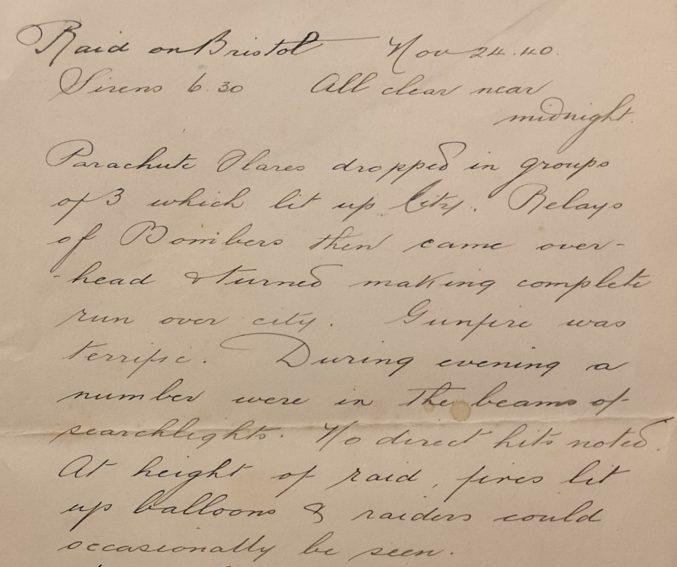 “Parachute flares dropped in groups of three which lit up city. Relays of bombers then came overhead and turned making complete run over city. Gunfire was terrific… At height of raid, fires lit up balloons & raiders could occasionally be seen.”

The morning after, Pitman walks around central Bristol, listing the devastated buildings that he sees. 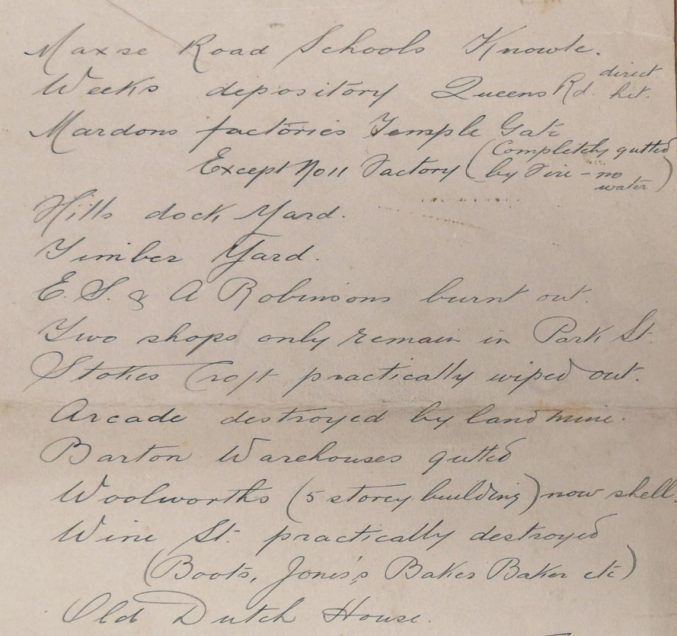 He also walks further afield, recording damage to buildings in Knowle. These include Holy Nativity church (“burnt out by incendiary bombs”) and Maxse Road school. He then visits Knowle West, describing the scene as follows.

“Hundreds of houses and heaps of rubble… hardly a shop and occasional house with windows intact… surprised to see quantity of clothing suspended from telephone wires… outstanding feature was numerous people fetching water from neighbours, since no water is available and gas cannot be restored for 6 weeks.” 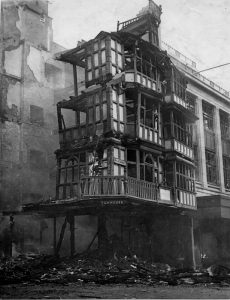 Many reports on the devastation of the air raids focus on central Bristol and the well-known buildings which suffered. This makes it even more important to get records such as this one, reflecting the damage in more suburban areas as well.

We are very grateful to the Friends for their support which allows us to obtain items such as this.

You can visit our online catalogue to see the document, ref 46449/1.

Many of the Blitz photographs taken by press photographer, Jim Facey relate to the attack of 24 November. His images are available on our online catalogue and Know Your Place. 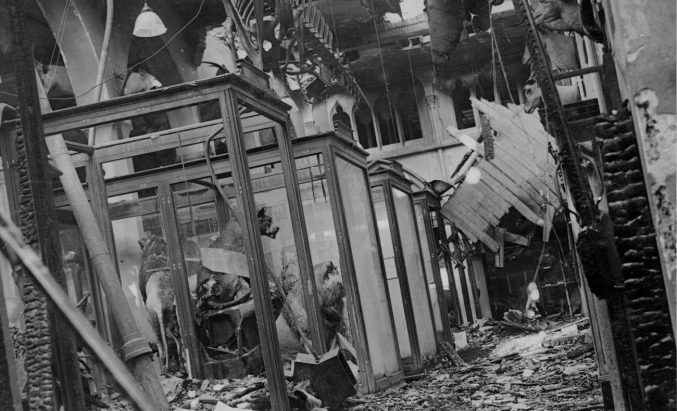