Emily Cooper, who is currently studying UWE MA Curating and working with us on Erdkunde: The Study of the Earth, takes us behind the scenes of the exhibition. Make sure to check back for updates.

We’re very excited about ‘Looking at Things, making things up‘ on Saturday 28 November, where you can join the artists as they discuss Erdkunde and their process with Geology Curator Deborah Hutchinson, Professor Steve Poole and Dr Iain Biggs. You can tweet your questions to us @bristolmuseum using #ErdkundeQA before the event – send ’em in!

Delivery day! The artists arrived with the final cut of their new film and portfolios full of sketches, diagrams and photographs of the museum’s geology collection. The carpet had been installed a few days before and transformed the traditional looking gallery space into a cosy classroom. Our first peek at the work was soon interrupted by Marvin Gaye Chetwynd’s short stop at the museum as part of her whirl wind tour of Bristol. The day felt hectic with our technician still in the process of installing the projector while we were all frantically trying to get our first glimpse of the work we had been anticipating for so long.

We all had ideas of how we would present the images on the walls, this all changed when the artists came with their own, very different ones. We sat down on the beanbags to watch the film for the first time, uninterrupted…

An exciting day! The curators and I were given the rare opportunity to visit Wood and Harrison’s studio as they were drawing to the end of the planning stages of the project and preparing to start filming. The space was arranged like a miniature TV studio with crisp white walls, monitor screens and the odd prop lying around. The walls were neatly covered with A4 sketches and diagrams detailing each frame of their proposed film. They walked and talked us through every detail with great excitement and enthusiasm!

Wood and Harrison visited once again to present a more developed version of their proposal for the commission. The title for their work was now ‘Erdkunde’ German for Geography but literally translated to mean ‘study of the earth’. They told us the story behind the name. When they were working in Germany, they would walk past a drunk local who would shout at them on a daily basis. Intrigued, Wood and Harrison asked the locals who this man was to which they replied ‘Erdkunde’. They explained that due to his intoxication he would frequently be sighted face down ‘studying the earth’.

The artists discussed with us their idea of re-presenting their take on the geology collection in the form of a lecture, inspired by events such as the famous Christmas lectures hosted by the Royal Institution. They were interested in systems of knowledge and how the museum classifies things, which led them to think about how they would classify things if they were put in charge of the collection. Their aim was to present information in a format that was clean and graphic, creating fictions by swiftly cutting between scenes and objects. The film will represent their version of the museum in a watchable and engaging way, referencing geological points of interest along the way.

They described themselves as ‘village idiots’ in the way they would like to classify things, perhaps by colour or size, shape or weight. I liked a point they made about how we as humans can have a direct effect on things we interact with and how this is mimicked in the museum context. We learn by doing. The anticipation of what might happen if you press that button or lift that hatch. They had visions of there being objects for people to touch and play with whilst in the space, creating a multi-sensory environment rather than an exhibition space. They want the space to feel safe and comfortable, mentioning beanbags and a cosy carpet.

I met for the first time with John Wood (half of the Artist duo Wood and Harrison). This initial meeting was to allow John to explore the designated geology collection including the collection store and library to source inspiration for their new commission. The exhibition is due to open in September and will form part of the New Expressions 3 programme.

Inspired by many of the old books and maps in the library John’s eye was also drawn to some unexpected elements of the collection including the systems of storage, the large sets of drawers, methods of cataloguing and some crudely displayed dinosaur models designed by Anthony Beeson. John seemed keen to explore the practical elements associated with the museums study of geology as well as the specimens themselves. The artists have previously stated an interest in “exploring the physical and psychological parameters of the world” which gave me insight into John’s reasoning for selecting these elements of the collection. 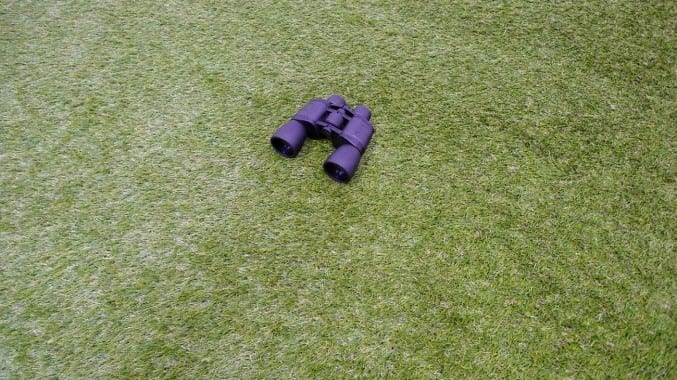