As Gallery Manager at Bath’s Victoria Art Gallery, for the last 15 years I have been trying to extend our permanent collection into the second half of the 20th century and beyond. With grant aid we have managed to acquire works by some important modern artists, but inevitably gaps remain. We have tried to fill some of them with the loans we chose from the Swindon Collection, as part of Modern Art in Britain.

All five loans embrace a figurative theme, from LS Lowry’s crowded bystanders observing a Whit Walk in Manchester and Julian Trevelyan’s grimy workers cowering beneath belching factory chimneys, to Cecil Collins’ colourful evocation of The Sibyl and Mark Gertler’s youthful portrait of his sister wearing a flamboyant feathered hat. In their different ways they all share a fascination with “the human clay” which they approach with honesty, integrity and sympathy, drawing no doubt from their own experiences as struggling modern artists.

The Swindon pictures were also selected to link with the Beryl Cook: Intimate Relations exhibition which we are showing until 6 May 2015. Known for her humorous take on everyday human situations, including visits to the hairdresser’s and the corner pub, Cook suffered in her lifetime from the critical lash of London art pundits who dubbed her work amateur and illustrational. I hope we can help to redress the balance by showing her in proximity to artists she revered such as Lowry.

Read more about the Frameworks: Great Art in the West partnership.

Read about An Open Window arriving at The Wilson. 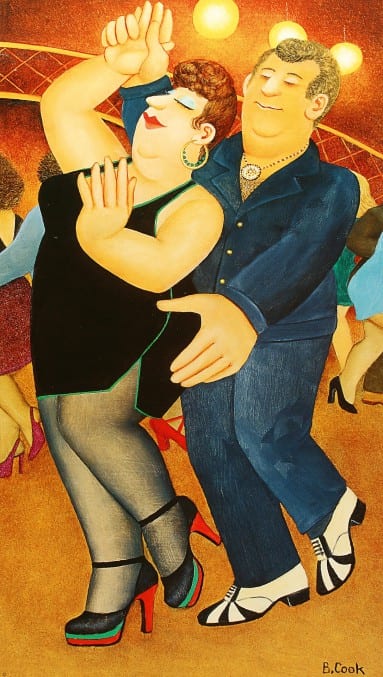