There’s always plenty of behind-the-scenes work happening at the museum. Collections staff are often to be found busy beavering away in stores ensuring our objects are correctly documented and cared for.

This is the bedrock of museum work and essential to ensure we understand exactly what we have and why we have it. Which is why, for the past year, I’ve been improving the documentation for the British Empire and Commonwealth object collection.

The collection of 8,000 or so items was transferred to us back in 2012 following the closure of the museum at Temple Meads. It consists of objects which represent the people and industry of the former Empire and Commonwealth, along with objects collected from British people working in the Empire.

Much of this project has involved working in an (often chilly!) off-site storage facility working through the collection shelf by shelf, box by box and carefully auditing each item.

Along the way, we have needed to repack many of the items into new acid free boxes so they are better supported and protected. We’ve also flagged up items that might contain hazardous materials – for example, arsenic in taxidermy specimens or asbestos in old film projectors.

Details about the object are then updated on EMu, our collections management system. Built especially for museums, EMu is a sophisticated and dynamic database which does a lot of whizzy things… but at its most basic helps us to record details about an artefact and its lifecycle at the museum. We also use it to feed content to our website and our collections online.

In fact, our target is to improve the catalogue records of this collection so that we can upload more objects for viewing online. Another aim is to have more of the collection on display rather tucked away in storage. There are some real treasures in the collection such as ceramics by the Nigerian potter Ladi Kwali and paintings by Guyanese artist Aubrey Williams.

Some of the fantastic costume and textile is already on display in our Fabric Africa exhibition (on until 19 May 2019). In the future, we hope to develop and use the collection further by involving and working collaboratively with local and source communities, and academia.

There is much untapped potential within it to tell stories from multiple perspectives, especially from the viewpoint of those colonised, about an emotive and challenging chapter in British history.

3 comments on “Documenting the British Empire and Commonwealth Collection” 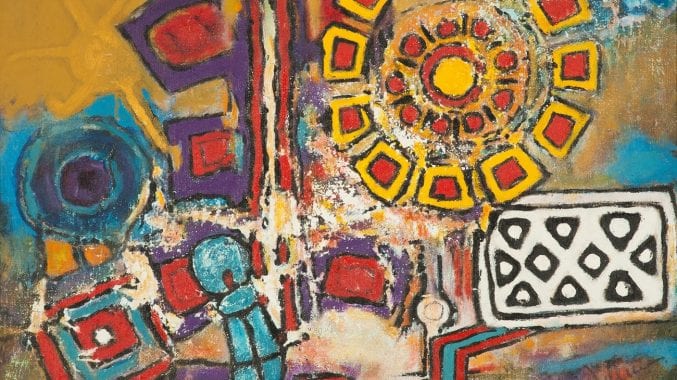