The digitising of some of our most important or unusual films from the British Empire and Commonwealth film collection started in July 2019, and will run to autumn 2020.

We have around 2,000 films in the British Empire and Commonwealth Collection. Many of our films have been digitised but not to the archival standards needed in order to preserve this footage digitally for future generations. Recently we decided to digitise some of our most important or unusual films. The film digitisation project started in July 2019, and will run to autumn 2020. We are working with Nulight Studios, a Bristol-based company, who won the contract for this work.

The collection contains amateur footage from many countries. Most were taken by white British people living and working in parts of the former empire and Commonwealth. We have two main reasons for digitising these films. Firstly, most of this footage was taken using cellulose acetate film which can gradually degrade over time. The film base develops what is called ‘vinegar syndrome’ named for the distinctive smell of acetic acid that it gives off. The footage eventually becomes brittle and unusable. Fortunately only a small percentage of our films have been affected so far. Once affected, the damage cannot be repaired.

The recommended practice is to digitise films to archival preservation standards, then freeze the original footage to halt any future deterioration. Freezers have lots of uses! During digitisation, each frame is carefully scanned by Nulight in order to capture as much detail as possible from the original.

Secondly, we want to enable access to more of our amazing films. Once digitised and catalogued, we make footage available in our public searchroom at Bristol Archives. Our long-term plan is to share the footage online.

So what films have gone through Nulight’s scanner so far? Here are a few examples. We’re going to be sharing some clips from the film archives each month on Twitter – look out for them! And if you want to find out more about the film collection, you can contact us at [email protected]. 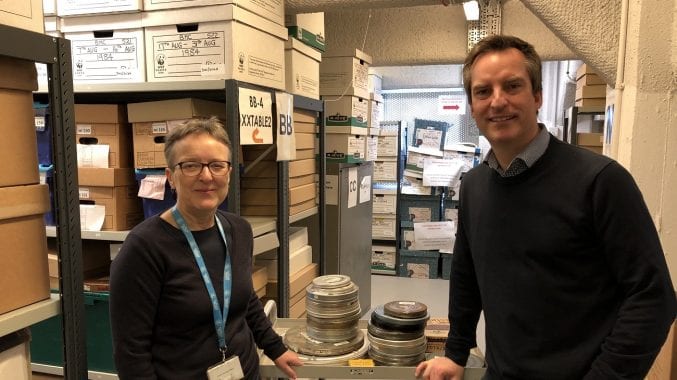