Colston Hall’s archives chart the history of its use over the last 150 years. From wrestling to opera, the archives tell the Hall’s story. These engaging records have been safely moved to Bristol Archives at the beginning of the Hall’s biggest transformation in nearly 70 years, as part of a major project supported by the Heritage Lottery Fund.

Colston Hall was built on the sight of Edward Colston’s former school and opened its doors in 1867. Built as a ‘village hall for Bristol’, it didn’t have the same back-to-back musical programme we see today. It was a space that almost anyone could hire, for almost anything. It was the venue for political and cultural talks, such as one given by Sir Edmund Hillary after his historic summit of Everest. It was a space for religious meetings, like the long-running Sunday Services for the People from the late 19th century. Amongst the biggest sellers of the 1970s, 80s, and early 90s were the wrestling matches. We’ve recently found a casual, backstage photograph of the masked wrestler known as Kendo Nagasaki.

That’s not to say extraordinary musical performances didn’t take place here: the American jazz producer Norman Gantz bought Ella Fitzgerald here at the peak of her career. The singer Paul Robeson spent 35 minutes signing autographs after his performance won the hearts of a Bristol audience. We’ve unearthed that the archive contains evidence of a landmark in performance history: newspaper clippings reporting the reaction of the Colston Hall crowd when Bob Dylan performed with an electric band. We’ve recently discovered a file that details an event that has passed out of common memory, but obviously shook the management enough at the time that the pile of complaint letters still survives. In 1964, the Walker Brothers walked off after only 10 minutes; a girl had invaded the stage in her excitement.

At the height of 60s band-mania, some audience members complained that this was not an unusual occurrence, with one girl bemoaning the fact she didn’t get her chance to storm the stage. The house turned up the lights because of this security risk. Seemingly, almost every ticket was refunded for the show. The Heritage Lottery Fund is helping us rediscover these stories, preserve and share them. The Colston Hall records have been moved to join other Colston Hall material at Bristol Archives. Work will be carried out there to clean and rebox the papers and research the stories hidden there. We’ll be sharing these online and in the new displays at the Hall when it reopens. The archive will be catalogued so researchers can find things for themselves at Bristol Archives in the future.

We will be looking for volunteers to help us with the project in the near future, so keep an eye on the Colston Hall website for details if you would like to get involved.

For what we already know about the history of the Hall, and for where you will find the improved digital offering as the project progresses, you can play with the interactive timeline on the Colston Hall’s webpages.

For the collections already available at Bristol Archives, you can search their online catalogue.

One comment on Colston Hall’s heritage protected amid transformation 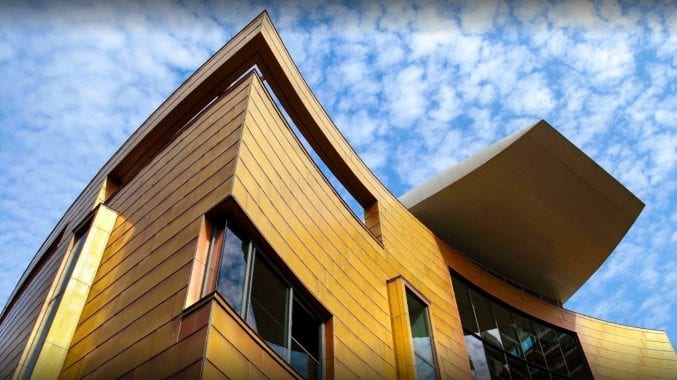