Whilst rummaging through the natural history stores hidden below Bristol Museum & Art Gallery, we came across a lion skull from the research collection which had an interesting old label, handwritten in copperplate script.

The note stated that the skull (number Aa1894 – see more pictures on our online collection search), belonged to a lioness that had been a gift to Bristol Zoo Gardens from Queen Victoria! We decided to do some investigating to see what more we could find out about this interesting specimen. After some digging we discovered our lioness was presented by the Queen in 1895, and had travelled with two other lions, one on its way to London Zoo and the other travelling onward to Dublin Zoo. Bristol Zoo’s head keeper was sent to collect the lioness from London and returned “the same evening with his charge quite safe”.

Bristol Zoo Gardens named her Victoria (of course!) and notes from the time of her arrival state that she was “an exceedingly pretty specimen of Felis leo“. Felis leo is an old Latin name for lion, which today is known as Panthera leo. Victoria the lioness settled well into her new home in Bristol and was said to be “very tame and playful.”

Soon after she came to Bristol, Victoria gave birth to four cubs. The old Zoo records state that Victoria was a very good mother to her cubs: “The lioness shows such motherly solicitude for the youngsters that she is only seen when she comes down to dinner.” In fact she made such a good mother that she had 23 cubs during her lifetime! Whilst we were investigating Victoria, we searched through the book ‘An Illustrated History of Bristol Zoo Gardens’ and were delighted to find a picture of one of her cubs, Juliet, born in 1904.

It seems that Victoria the lioness lived a long and happy life at Bristol Zoo Gardens and was 25 when she passed away. Her bones were donated to the museum on 21 February 1918, where they have been looked after ever since. In 2015 a project was started to repackage the skeletons, which led to the discovery of the note and unearthing her story that had been lost for over 100 years.

The project is still underway, who knows what other fascinating stories these skeletons have to tell!

Jade Jordan has been a volunteer with the Natural History team since October 2015.

Thanks to Katie Farquhar at Bristol Zoo Gardens, Dr Andrew Flack whose research was used to add to the story and Letitia Delaleuf and Simon Garrett for permission to use the image of Juliette and Aaron Brett-Miller and Alex Woolcock who are also helping to repackage the bone collection. 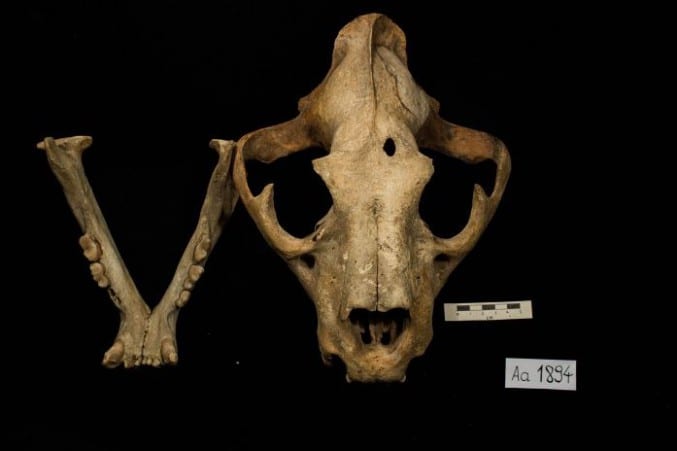