by Julia Carver, curator of Modern and Contemporary Art

We are excited to announce that Bristol Museum & Art Gallery has been awarded two major works by John Akomfrah CBE and Yinka Shonibare CBE.

14-18 NOW delivered a wide range of art projects and programmes to mark the centenary of World War I. Two key commissions were End of Empire by Yinka Shonibare (b 1962) and Mimesis: African Soldier by John Akomfrah (b 1957). Both cast critical postcolonial perspectives on the war. Mimesis: African Soldier by John Akomfrah assembles archive film footage of soldiers from around the Commonwealth as they are enlisted, trained and travel long distances to fight the war of their colonial masters. Using the carefully collaged footage whose aesthetic he has made his own, Akomfrah blends imagined archive imagery of African and Asian soldiers at work, digging trenches and fetching and carrying with mises en scènes of the men departing and returning to their partners.

“The most important thing for me, the takeaway, is that African soldiers fought in this war, that they played a variety of roles in the war as foot soldiers, as carriers. Every facet, every avenue, every job in the war, if you look long enough, you will see someone of either Asian or African origin/heritage in that role.” End of Empire by Yinka Shonibare depicts two dapper figures with globe heads wearing brightly printed suits sitting astride a steam-punk seesaw – a symbol of Victorian industrialism. The fabrics are ‘Dutch wax’ textiles, an Indonesian batik printing technique pioneered by the Dutch in textile mills and imported to Africa in the 19th century. The fabrics were claimed as their own by Ghanaians and Nigerians.

The globes represent the two ‘sides’ in World War I: the British-French allies versus the Austro-Hungarians and Germans. They are coloured with textile design indicating the African lands formerly colonised by the Europeans. The seesaw swings slowly, constantly rebalancing. End of Empire makes a striking visual connection between the wars of the West, globalisation and empire.

“It’s basically two Victorian men both dressed in Victorian costumes made in African textiles and they’ve got globe heads and the globe heads represent the opposing sides in the First World War”.

In August this year we were invited by Art Fund to apply to acquire them, through a generous gift made by Art Fund with 14-18 NOW.

Bristol Museum & Art Gallery was successful in securing Mimesis in partnership with Glasgow Museums, and End of Empire with Wolverhampton Art Gallery. We are thrilled to add these phenomenal works by two of the most renowned artists of their generation to our collection.

The works will form centrepieces in the contemporary collection and enable the museum to reflect on its historic collections and interpret the city’s history in a strident, unflinching manner.

These acquisitions will help us to keep the collection relevant and enable Bristol to discuss difficult aspects of our history. We hope to put both works on display soon so watch this space!

It is wonderful to be working in partnership with Glasgow and Wolverhampton. We are extremely grateful to Art Fund for enabling the work of 14-18 NOW to have a legacy in our cities.

Along with Abolitionist art

It’s not just our contemporary galleries that we’ve been diversifying. Bristol Museums recently acquired an abolitionist painting that features a black sitter. The Young Catechist by Henry Hoppner Meyer (1827) was exhibited in 1827 at the Society of British Artists.

It is noteworthy as fine art images of black sitters in British art are very rare, even in the context of the abolitionist movement. This painting has significance to Bristol and our visitors because of the city’s prominent role in the 18th century transatlantic slave trade which left a legacy that various institutions and individuals are now trying to address.

The purchase of The Young Catechist was made possible thanks to contributions from the V&A Purchase Grant Fund, The Headley Trust, the Friends of Bristol Museums and from a private individual, Mr Bill Goodman. Thank you for your support. There are plans to display it in the New Year.

The Young Catechist has been catalogued, photographed and digitised. View the painting on our online collections catalogue. 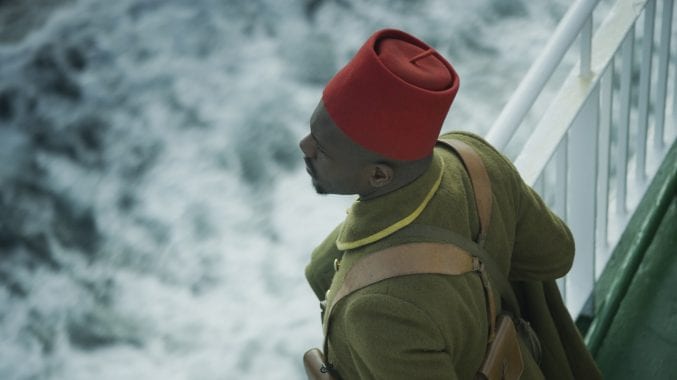