For some years, researchers have gathered evidence of Bristol’s historic black population. During the COVID-19 lockdowns, staff at Bristol Archives spent time bringing all this research together.

The result is a new resource listing all known references to people of African heritage in our records. The early black presence index is now available via our online catalogue.

So far, there are over 500 entries, dating from 1575 to 1867. The index combines several studies by local historians and academics with research by archives and museum staff.

We usually know about Black Bristolians because the people who wrote records chose to mention their skin colour or race. This was done in various ways, using words like ‘blackamoor’, ‘dark’ or ‘negro’ as well as ‘Black’. We’ve quoted the exact text in the index, so that researchers can see each entry in full. We also added a sensitivity warning to the index, because we wouldn’t use most of these words or descriptions today.

Most of the entries come from registers of baptisms, marriages and burials. Around two-thirds of the entries in the index are baptism records. These often show the baptisms of adults who were servants or slaves for wealthy families.

The earliest entry is a baptism record for man called Gylman Ivie, who was baptised at the age of 30. Further research by the National Trust suggests that he came to the area to be a servant at Dyrham Park mansion.

There are many entries in these registers and other records about Black servants or slaves. They mainly worked in Bristol’s wealthy households. Some were well respected but some were badly treated.

The index also contains many entries related to men who worked at sea. Ships’ muster rolls record that Black seamen were employed on Bristol ships. These records show that they often worked on voyages that took enslaved Africans to the Americas.

They also show that they too were at risk of being enslaved. This happened to two sailors on the ship Ulysses in 1755. Cadjoe, ‘a black’ from Bristol and Josep, ‘an Indian’ from Honduras were both sold when the ship reached Jamaica.

The index also offers insights into the experiences of Black women in Bristol.

An early entry relates to Cattelena, who lived in the rural village of Almondsbury. She died around 1625. An inventory of her possessions shows that she owned goods worth over £6, including a cow. As she was a single woman, selling milk and butter from the cow meant that she had an independent income. 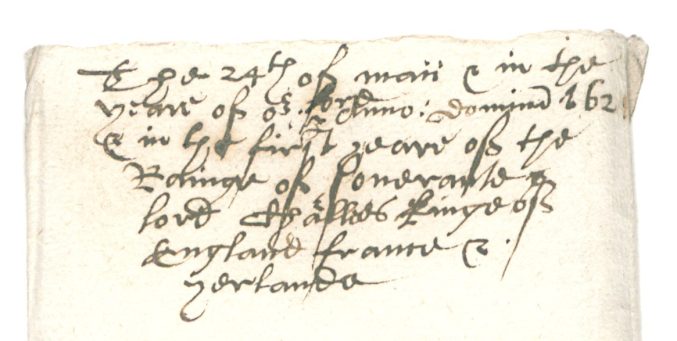 Another woman who appears in the records is Henrietta Esdale, who had a more difficult life. She was named in local newspapers after being assaulted in 1843 and again in 1856. Other records show that she married three times, so she was probably widowed at least twice.

Entries in this index identify Black people in Bristol over the centuries. The records usually provide only brief details about the people they mention. However, many offer potential for further research to explore who they were and how they lived. We’ll continue to add entries as new research finds more people to include. 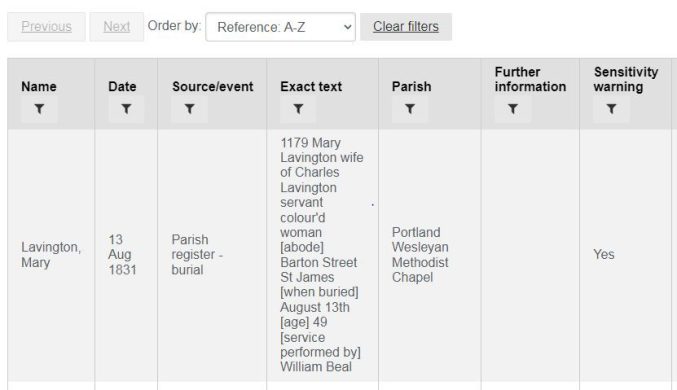