Bristol Archives holds numerous sources related to the First World War. Selected collections and papers are described here, although this is not a comprehensive list.

Thank you to all of the volunteers who helped to identify and catalogue this material.

Anyone is welcome to consult the material described below by visiting Bristol Archives. If you can’t visit Bristol but would like more information about these records, please contact us.

We do not hold any military service records. Key sources for information about Bristol servicemen are:

The Bristol 2014 website contains a guide to researching Bristolian ancestors in the First World War.

Further First World War material is listed on our online catalogue, often amongst the papers of various organisations, businesses, schools and churches. 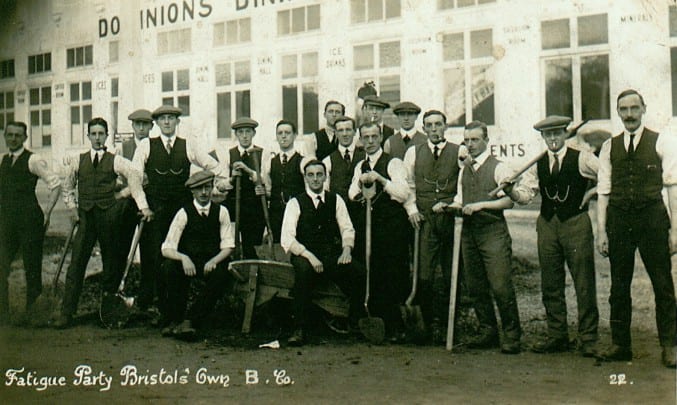