We’re very pleased to announce that a compelling record of the transatlantic slave trade has been returned to Bristol and made available for research for the first time at Bristol Archives.

An account book of the slaving ship ‘Jason’ has been purchased through funding from the Friends of Bristol Museums, Galleries & Archives and the Victoria & Albert Museum Purchase Grant Fund.

The book was originally owned by Cranfield Becher, one of the merchants who invested in the voyage. His family were significant in Bristol politics and trade, including the slave trade, and owned a plantation in Kingston, Jamaica. The book remained in the family until it was recently offered for auction.

The accounts record an entire slaving voyage in the 1740s. Details of costs and profits are accompanied by instructions for the ship’s commander, John Bartlett, for purchasing slaves in Angola for sale in the Americas.

The volume also contains later domestic accounts kept by Becher’s wife, Bridget, and her records give an insight into the lifestyle of a Georgian merchant’s family.

Dr Madge Dresser, Associate Professor at the Regional History Centre, UWE, says: “This volume affords a unique and rare insight into the workings of the Atlantic slave economy in the 18th century, on racial attitudes and on the occupational structure of Bristol itself’.

We are grateful for the generous support of the Friends and the Victoria & Albert Museum in purchasing this item for our collections. The book is in a fragile condition but it has already been digitised for use by visitors to our searchroom. 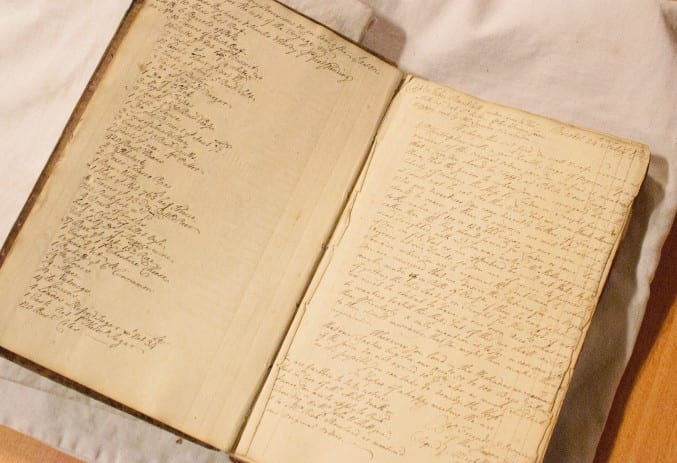