It’s not often (ever?) that we get to claim Bristol Archives shared a stage with one of the UK’s top actors. If you were lucky enough to get tickets for the recent run of Dr Semmelweis, you might have noticed that archives played a key part in the plot and design of the play.

The play, based on an original idea from Mark Rylance (Jerusalem, Wolf Hall, Bridge of Spies), developed with writer Stephen Brown (Occupational Hazards) and directed by Tom Morris (War Horse, Touching the Void), celebrates the pioneering nineteenth century doctor. Semmelweis worked in the maternity wards of the Vienna General Hospital in the mid-nineteenth century. There he determined that innovative antiseptic procedures could prevent deaths from puerperal fever. His ideas were based on clinical observation and experiment, but also analysis of decades’ worth of hospital records. 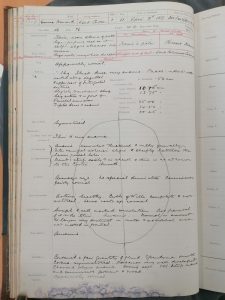 During the play’s rehearsal period, the creative team visited Bristol Archives and looked through a selection of nineteenth century medical and scientific collections. They wanted to find out what kind of information the records contained and how this was presented. The records varied from descriptive analysis of microbial specimens to detailed reports on hospital patients.

The play features several scenes of doctors conducting autopsies, so the team were particularly interested in the post mortem reports from Bristol Lunatic Asylum (Glenside Hospital). These provide detailed written, and sometimes drawn, descriptions of the condition of the deceased’s musculoskeletal system and organs. The team then produced a set of facsimiles of the documents for the cast to use in the play.

According to Assistant Stage Manager Kimberley Towler, using archival material ‘helps both sides of the stage to really believe in what they are seeing’.

For the cast in particular, ‘having documents from the time period with them on stage and in the rehearsal room helps ground their performances in reality.’

The play’s lead actor, Mark Rylance, was especially inspired by the documents in his hands. 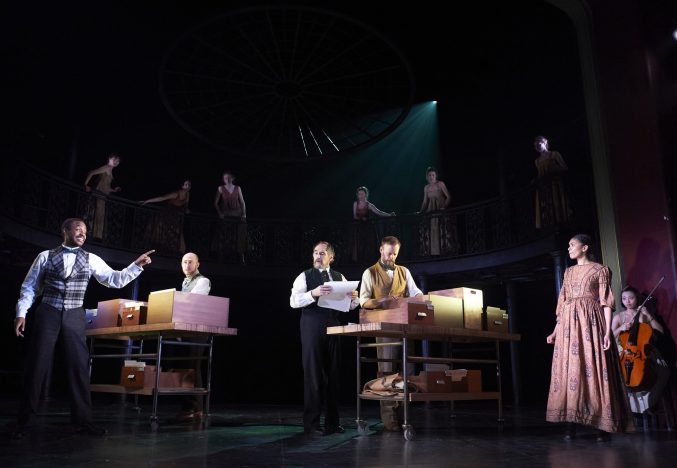 Harriet Wilson was excited about one collection:

‘It is fitting that Richard Smith’s catalogue of specimens appears on stage, standing in for Dr Semmelweis’ medical notes. During his lifetime Smith was one of our theatre’s most devoted patrons. It’s thanks to him that we have the only surviving copy of our first night playbill, bound into his memoirs, also held by Bristol Archives. The volume also includes the most complete description of what it was like to visit our theatre (then called The Theatre Royal) in its infancy.’

Director Tom Morris said, ‘We are hugely fortunate to have in Bristol Archives a partner as passionate about exploring the artistic application of archives as we are. For Dr Semmelweis, having such a treasure trove of nineteenth century medical information right on our doorstep has proved invaluable.’

*top billing at least for any archivists in the audience. 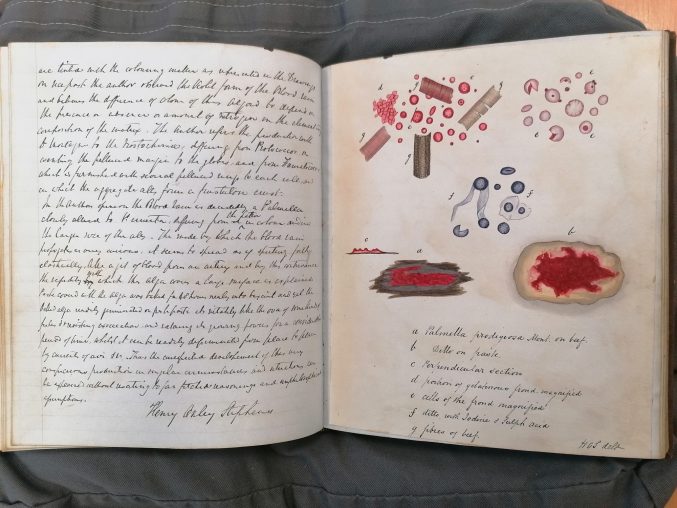