The Dairy and Gardens

Explore beyond the house…

The dairy was built in 1803-5 and is a Grade II* listed building. Designed by fashionable architect John Nash, the cottage style is similar to the cottages in Blaise Hamlet.

The dairy provided butter and possibly cheese for the house. Cows and sheep were grazed on the estate and it’s likely that the milk of both was used in the dairy.

It’s been suggested that the decorative appearance of the dairy means that it was intended more as a fashionable amusement for its wealthy owners, than as a working dairy. However, the building has many of the practical features which were recommended at the time for a dairy – and in some respects was progressive.

The dairy garden and amphitheatre

The dairy garden was once the site of the original manor house. It was demolished after 1798 when Blaise Castle House was completed.

The planting designs in the garden have evolved over time. What’s here today includes plants and shrubs that would likely have been known and used at the time the house was built and the estate was landscaped.

The amphitheatre was created as part of a Heritage Lottery Fund project in 1999 which saw many areas of the estate restored and redeveloped.

Visiting the dairy and garden

The dairy garden is open on Doors Open Day in September. See what’s on for more information and dates.

Did you know you can book Blaise Museum and the dairy garden for your wedding or special event? Find out more about hosting events at Blaise Museum. Beyond the red brick walls of the dairy garden is the former kitchen garden. Most of the fruit and vegetables for the house were grown here.

Now run by the volunteer Blaise Community Garden group, the kitchen garden is open to the public on Wednesdays and Saturdays, 10am – 2pm.

The orangery is between the house and dairy garden. It was built to a design by John Nash in 1806, and is different to the design originally proposed by Humphry Repton. Today it’s filled with hothouse plants, which were purchased by the Friends of Blaise.

Behind the orangery is a large laundry room, and beyond that is the service wing for the house. The siting of the orangery was designed to hide the more modest parts of the house from view, so that the family and their guests could enjoy the gardens.

The Castle was built as a summer house for the owner of the estate, Thomas Farr, in 1766. It’s said that he liked to view his ships on the Avon from the top of the castle.

The castle once had a kitchen, with a dining area on the first floor and Farr used to entertain guests here.

Today only the shell of the castle remains, which is looked after by the Friends of Blaise, who open it to the public regularly throughout the year.

The castle is around a 20 minute, uphill walk from the house on uneven paths.

Find out what else is at Blaise Museum.

While Government restrictions have eased in England, the case rate in Bristol is high. We are limiting visitor numbers so we recommend booking your visit in advance to guarantee entry.

We’re asking all our visitors to practice social distancing and wear a face covering to keep everyone safe.

We’re really looking forward to welcoming you back. 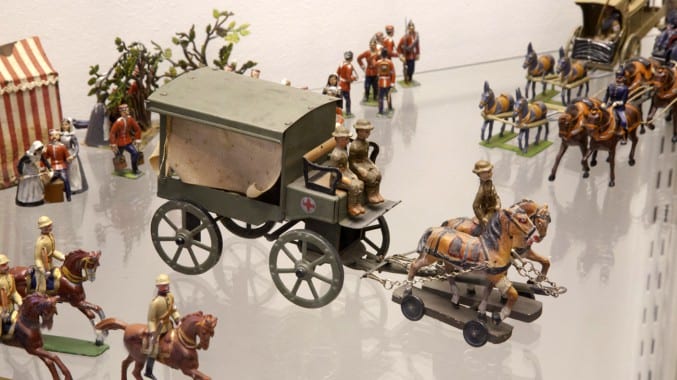 Your donation could help reveal more about our collection of toys and games, for family visitors to enjoy.