Windrush Influence on the Music of Bristol

When the people of the ‘Windrush generation’ came to the UK they brought with them a culture of music and sound systems.  The very sonic tone of the music we hear on the streets late at night in Bristol and the UK are very much a result of this. Deep bass lines and heavy grooves became the signature sound to popular music in the UK throughout the last 50 years. 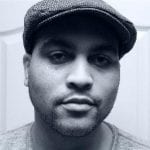 The influence of sound system culture in the UK is a topic that has been largely overlooked and until recently ignored by academics and experts. But now the impact of the Windrush generation on British culture is finally starting to be documented and studied.

Music forms such as Mento and Calypso were popular in the Caribbean in the 19th and 20th centuries. They predate the more popular forms of Reggae, Ska, Rocksteady, Dancehall and a host of other musical forms found in the Caribbean today. Mento and Calypso can be traced back to songs and rhythms sung and played during slavery between the enslaved, to curse their captors.

Sound system culture has its origins in Jamaica. DJs and MCs would find exclusive music on acetate known as dubplates. Rival sound systems would be set up and sound clashes would begin where each DJ and MC would battle over the best and most exclusive sounds.

This sound system culture came with the Jamaicans during their migration to the UK in the 1950s and 60s. This was a key ingredient to the ‘flavour’ or style of the new arrivals. It enabled the people of Jamaica and the wider Caribbean to hold onto their cultural identity. These sound systems were outside the mainstream of British music culture. Racism in Bristol affected the way the new migrants could enjoy their music, so underground clubs known as ‘shebeens’ were created.

These nights were held in the basements of key figures in the community. They enabled the sound system culture to flourish. Ajax was one these legendary shebeens in St Pauls. Local reggae legends Black Roots and Talisman had their band rehearsals at these shebeens.

Other establishments that were the home of these rhythms and sounds included the Dockland Settlement and the Bamboo Club. The Bamboo Club hosted performers such as Bob Marley and the Wailers, Desmond Dekker and Tina Turner to name a few. 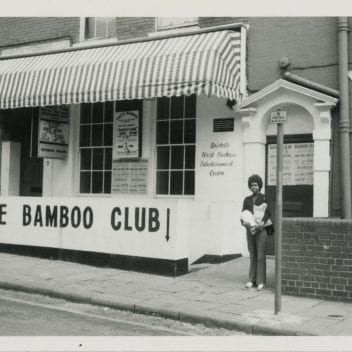 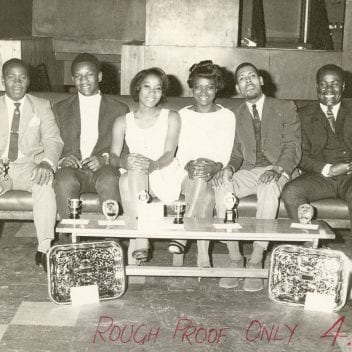 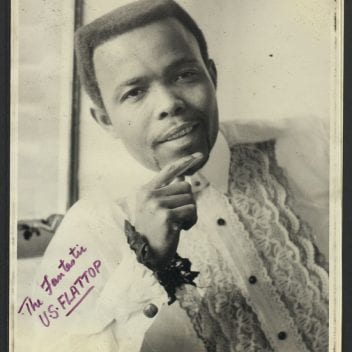 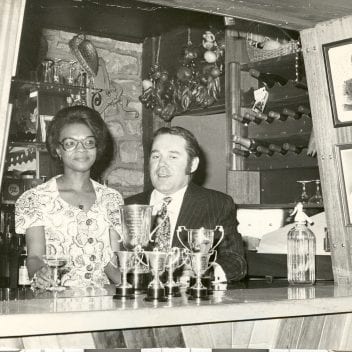 Dub, Reggae and Ska roots music were key influences on home-grown British music such as punk rock and new wave bands. Ska revival bands such as The Specials and Madness had a massive influence on mainstream British culture during the 1970s.

Bristol Amalgamated DJs, or BAD, started in 1987 and was Bristol’s first Black Caribbean pirate radio station. It was arguably Bristol’s most well-known pirate radio station at the time. As Black music, especially home-grown or from the Caribbean, was rare to hear on mainstream radio stations these pirates helped to foster the reggae and underground sounds and provide Bristol’s residents with something that was missing from the airwaves.

These sounds of course influenced the next generation in Bristol. The Wild Bunch sound system were playing these types of sounds which eventually led to the development of Trip Hop and the signature ‘Bristol Sound’.

Image: The original spray-painted pink Technics record deck used by trip-hop pioneers Massive Attack during the 1980s when they were still part of The Wild Bunch sound system, based in St Paul’s.

The character of the Bristol Sound of the late 1980s and ’90s was very much Caribbean. It went on to heavily influence acts like Massive Attack, Tricky, Fresh Four, Portishead, Smith and Mighty, Monk and Cantella, Krust, Roni Size… that list could go on and on.

Today, Bristol and the whole of the UK enjoy a nightlife populated by music that echoes the sound of its Caribbean forefathers. Genres such as Dubstep, Grime, Garage, Jungle, Drum and Bass and more can all trace their musical heritage and influences back to the very culture and peoples in the 1960s, ’70s and ’80s in areas predominately populated by African Caribbeans and their descendants.

Massive Attack: Out Of The Comfort Zone