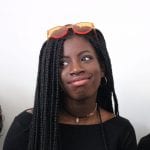 History undergrad at the University of Bristol

Black Britons have always contributed to Britain’s history. But, time and time again, these contributions are carved out of the national narrative. We cannot overlook the importance of safeguarding and publicising stories that commemorate positive and autonomous Black contributions to British history.

I had the pleasure of discussing Black memorials with Easton-born artist, Michele Curtis. She explained how art seeks to better recognise the joy found in Black social history in the city.

Promoting Black stories from British history means Black citizens are acknowledged as having a place in Bristol.

“Do you look at me and see a native Bristolian that was born here? Or, do you see another Black woman who you don’t want to engage with?” she asks.

Curtis’ Seven Saints of St Pauls memorials help to bolster representation in Bristol’s social history. Her work serves to remember “ordinary people in extraordinary circumstances”. The Seven Saints project reaffirms the achievements of black men and women who fought for their communities.

Celebrating stories of these iconic Bristolians highlights how identity and social progression come hand in hand. Changing the long-accepted whitewashed discourse of history is no less than a national necessity. We discussed the role of racial identity in Bristol’s history and the effect that this has on art and politics.

In a city so infamous for black trauma, art helps to acknowledge Black joy and Black British identities. Bristol’s Black history is British history, and we should treat it as such.

The Seven Saints of St Pauls, a project four years in the making, features painted murals in St Pauls. Each is a portrait of Black Bristolians that are known for the founding of St Paul’s Carnival and advocating for equality.

This includes Carmen Beckford, a figurehead for race relations and Audley Evans, a pioneer of the Bristol Bus Boycotts.

Promoting these stories highlights how Black Britons and immigrants have shaped society. So too can people of colour feel empowered by the trailblazers that “walked the same paths that you have in the city” through Curtis’ work.

Three out of seven of the Saints included were women – Carmen Beckford, Delores Campbell and Barbara Dettering. Each one of them made outstanding contributions in the fight for racial equality in the city. Dettering worked as a teacher, influencing young people to overcome social preconceptions and achieve their goals. Campbell was a foster carer for over 30 children. Black women are even more marginalised when it comes to acknowledging their contributions. This is why artistic memorials such as Curtis’ are significant in changing upheld narratives. For black Britons, the celebration of black achievement and joy still implies identity politics.

The Bristol benefactors who profited from the trade of human cargo are still celebrated in the city. Their names remain chiselled on the streets and buildings. Images of Colston and Wills remain fashioned in metal and stone with little sign of ever leaving. The implications of slavery still live on. How, in such a landscape, can black Bristolian memorials exist in an apolitical way? Curtis argues that though in the past, she has said that she “doesn’t talk politics”, “everything about the Seven Saints is political.”

Progress relies upon negotiation of power between those that need it and those in a position to give it. Such a negotiation includes the stories our communities tell and the ways they wish to tell them. But in Curtis’ experience most White people “feel like any history that relates to people of colour does not involve or interest them”.

She found it essential to erode this mindset through her work. We discussed the long process of getting approvals for the memorials. She recalls a lot of the concerns around them came from perceptions from White audiences.

In so many words, “big Black faces” on walls would not draw in White audiences or encourage them to learn St Pauls’ history.

“St Pauls was a no-go area for the best part of 50 years, even when I was a kid,” Curtis recalls. “Up until the gentrification started […], they would only go to St Pauls for Carnival.”

Despite the potential controversy due to the location and subject matter, Curtis believes that black joy “cannot offend anyone.” Joyful black memorials are a tool for black unity and historical inclusion. They dismantle prejudices and promote social reflection.

History, as we understand it, is susceptible to change. In a matter of years, voices that once fell on deaf ears become heard, and narratives slowly change. Curtis acknowledged this when deciding whose faces would feature in her murals.

“Owen Henry was deemed a radical and a threat by the police, for his role in the civil rights movement, here in Bristol. I’ve been told that he was known as the unofficial Mayor of St. Paul’s. Today, he is known as one of the many great pioneers and agents of change. His once “radical” ideas and actions shaped the very landscape of contemporary Bristol and the UK.”

Soon, this ‘Iconic Black Britons’ project will stretch out of Bristol and into the rest of Britain. As she moves on to her next endeavours, I hope that the reception is as positive and ground-breaking as those in Bristol.

Written by Kofo Ajala, with contributions from the Bristol's Black History Steering Group.