Look hard among the plaques on the cafe wall of Bristol’s Arnos Vale cemetery and you will find a small plaque dedicated to Ansell Richard Hart (1917-2013). The plaque may be small, but Hart’s legacy is anything but. He helped shape a whole new way of looking at African Caribbean history. 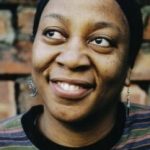 This is history from below and from an activist perspective. Ros Martin, local literary-based artist/activist, explains why Hart’s name deserves to be remembered.

I first came across this remarkable, inspiring Jamaican elder of Marxist leanings when I was invited to join Kuumba’s Afrikan History Month Committee, in 2002. Hart was also a member of this committee. This group was tasked with programming events throughout the month of October in St Pauls, Bristol. Hart contributed to the lecture programme that year and in subsequent years. He was a prolific writer, author and founder member of the PNP (Peoples National Party) in Jamaica.

In 2002, Hart, along with his wife Avis, had not long arrived in Bristol from London. A retired solicitor, Hart authored books, gave lectures and was a founding member of Caribbean Labour Solidarity in London. I had heard two of his public talks at Kuumba: ‘The Rise and Resurrection of Marcus Garvey’ and what would become the popular: ‘Slaves Who Abolished Slavery’.

I soon realised a rare gem had been deposited on our doorstep in Bristol. Uniquely, an eyewitness political activist, both involved in and a recorder of, critical historical events that had unfolded in the English speaking Caribbean region in the first half of the twentieth century. Significantly the 1938 Jamaican uprisings, the formation of trade unions, the birth of the PNP, the struggle for Jamaica’s independence from British crown colony rule and the first mass elections in 1944 Jamaica. Hart was also an eyewitness to the US invasion of Grenada in 1983, being the Attorney General of Grenada at the time.

Hart was a superb raconteur and mentor to me. I was fortunate to have spent many hours over many years asking many questions about his life, his thinking, beliefs, values, work and political activism. I was to be furnished with many of his books. All this would inspire my interest, and literary activism, in Black History here in Bristol.

Image: Hart and co. from the Caribbean Labour Solidarity

The next part of the story is told in Richard Hart’s own words from interviews during this time:

“People come to history for many reasons, I did because I was immersed in union and political activities as a Jamaican law student in the late thirties. Growing up in Kingston, my father had a library full of books on Caribbean history from which I first learned of these remarkable leaders of uprisings and slave rebellions.”

“I used to recount their stories from a soapbox in the street and in country lanes. At first, people thought I was mad speaking about history.”

“We have to realise, our history as black people of African Caribbean heritage is British history informed by Britain’s role as a former colonial empire. Many of the contributions towards our history as Caribbean people are recorded by the colonialists, not the activists. Thus it is rare to hear the stories of ordinary people as part of their struggle to define themselves and to write their own history.”

“We, African Caribbean people, have always been a people of struggle. British rule in the colonies depended on a carefully nurtured sense of inferiority in the governed and resulted in us looking down on our African ancestry whilst elevating all things European. This legacy remains with us today. In Jamaica vernacular, it is still common to talk about hair being good and bad. Good hair being straight and European and bad hair, African hair.”

“I was a member and secretary of the railway union in Kingston, Jamaica. Acting Secretary to the Trade Union Advisory Council in 1939 which became the Trade Union Council of Jamaica.”

“In 1940 the colonial Governor General of Jamaica was granted extraordinary wartime powers, he merely signed a piece of paper and you were locked up. We as union organisers all had periods of imprisonment.  We had allies in Britain who saw what the Jamaican colonial government was doing was an attack on the Trade Union Movement. Our British allies pressured the Colonial Office and demanded we be released.”

“From 1940 to 1952, I was an active founding member of the Peoples National Party of Jamaica until expelled at an extraordinary meeting in 1952 for ‘teaching doctrines and propagating Communist ideas’.”

Hart attests there was a British governmental strategy of destabilising socialist political parties across the Caribbean region before handling these colonies their independence.

On scrutinising the colonial office records many years later,  Hart discovered that he and fellow activists were deemed to be revolutionary elements racially antagonists towards Britain.

Whilst living in Bristol, Hart gave talks at Kuumba for Afrikan History Month, Bristol Radical History and Our History Our Heritage. Our History Our Heritage came into being in 2002 as a Black History schools’ education initiative founded by myself and coaxed into life by Hart. Working with artists, historians and educationalists of African heritage we developed school resources for Key Stage 2, 3 and 4 students.

One course, ‘The Bristol Link’ introduced students to the impact of Jamaican plantation life in the 18th century and resistance to slavery through drama, creative writing and a play reading utilising primary sources. Hart delivered a talk to Year 8 students in 2003 as part of this programme.

Hart rolled up his sleeves, and regularly took minutes as an Our History, Our Heritage steering group member alongside young people from St George school.

In 2007, Our Stories Make Waves, (African diaspora artists in creativity across the South West) partnered with Kuumba, Cotham School of performing Arts and British Empire and Commonwealth Museum to raise a play, ‘I WITNESS’ about Hart’s life. That year, Hart delivered two talks, one at the Bristol Old Vic on, Slaves Who Abolished Slavery and the other at Kuumba: Blacks in Bondage.

Thus Hart’s legacy is his chronicling of Caribbean history for us, in the many books, booklets and pamphlets he leaves behind. This includes:

Through his research, activism and writings, Hart concludes that British Caribbean history is essentially about two things:

The Life and Resurrection of Marcus Garvey by Richard Hart (2002).

Rise and Organise: The Birth of the Workers and National Movements in Jamaica by Richard Hart (1989).

Towards Decolonisation: Political, Labour and Economic Developments in Jamaica 1939–1945 by Richard Hart (1999).

The End of Empire: Transition to Independence in Jamaica and Other Caribbean Region Colonies by Richard Hart (2006).