In 1828 surgeon Dr Richard Smith Junior had a collection of papers bound in the tanned skin of John Horwood, executed at Bristol New Gaol for the murder of Eliza Balsum. The story behind the book is one of controversy and Dr Richard Smiths’s fascination for collecting macabre death memorabilia.

Amongst other things, he is known for his anatomisation of executed criminals. In April 1802 he dissected the bodies of two women hanged on St Michael’s Hill for infanticide; he dissected and lectured upon the brain of another convicted criminal in front of the Mayor and Aldermen.

He cut up a body found in a lead coffin near St Mary-le-Port in 1814, removing the brain for his anatomical museum.

The body was believed to have been that of Robert Yeamans, one of the “royal martyrs” executed in 1643, despite the fact that he was supposed to have been buried in Christ Church.

Image: Mr Yeamans at his Disinterment, 1814 by John Samuel Miller

In 1828 he had a collection of papers bound in the tanned skin of John Horwood, who had been executed for the murder of Eliza Balsum.

The execution of John Horwood

John Horwood, convicted of the wilful murder of Eliza Balsum, Let him be instantly hanged by the neck until he shall be dead on Friday the 13th April instant, and let his body be delivered to Richard Smith, of the City of Bristol, Surgeon, to be dissected and anatomised.

Court order at the trial of John Horwood, 1821

On Friday 13 April 1821, Bristol’s New Gaol hosted its first public execution. John Horwood, aged 18, was hanged for the murder of Eliza Balsum, an older girl with whom he had become infatuated. When she had rejected his advances, he had thrown a stone at her, striking her on the head as she crossed a stream.

She died a month later after being operated on by surgeon Dr Richard Smith. Horwood’s body was given over to Smith at the Bristol Infirmary for his anatomy class. At that time anatomisation was a part of the punishment for murder.

He had Horwood’s skin preserved, tanned and then used it to bind a book. 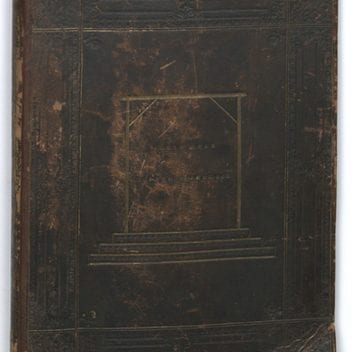 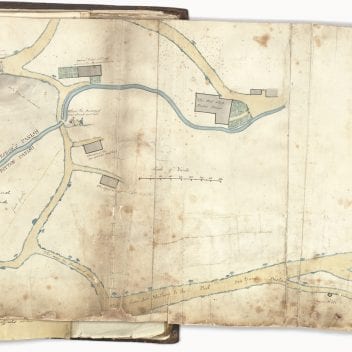 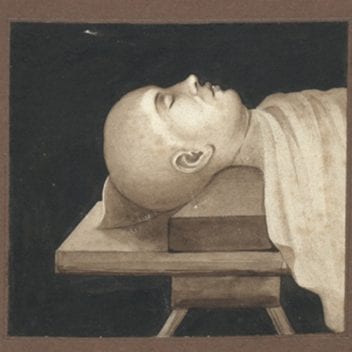 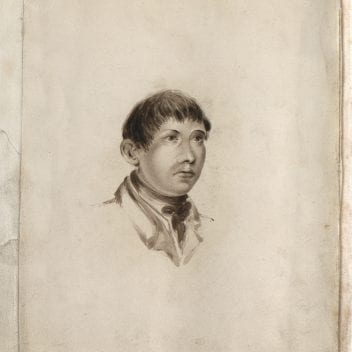 To understand we must go back to the early 1800s. There was a growing belief among surgeons that knowledge of the human anatomy was essential to the practice of medicine, including surgeons at Bristol Infirmary.

For many years, there was a growing need for fresh corpses for dissection. This led to the illicit removal of corpses from graveyards or “body snatching”. Obtaining bodies for dissection was poorly regulated – there was a lot of money to be had in the lurid grave-robbing business, and cases increased.

During the mid-1700s Parliament had resolved to “add some further terror and peculiar mark of infamy” to death by hanging. It was decreed that executed criminals should have their bodies sent for dissection.

In 1828 Smith had a collection of papers in the bound in the tanned skin of John Horwood. The Latin inscription on its front cover reads ‘Cutis Vera Johannis Horwood’, which translates as ‘the actual skin of John Horwood’. Surgeon Richard Smith carried out the dissection of John Horwood for a group of students in the Operation Room at the Bristol Infirmary.

Smith described the process of tanning during an anatomy lecture:

the skin was undergoing the process of tanning in an adjoining tub – I received the materials and instructions for the process from the Sheriffs, both Tanners. The skin was also dressed at Bedminster, previously to being sent to Essex for the purpose of forming the covering of this book.

The Horwood Book has been held for many years at Bristol Archives, although over time, it has become too fragile to be handled. You can see the book on display at M Shed and view a digitised version in the searchroom at Bristol Archives. If you’d like to find out more, the reference number for the volume is 35893/36/v_i.

Smith was a collector of unusual and often macabre objects, among them death masks of hanged criminals, which he made himself.

Much of his large anatomical collection was inherited from his father, also a surgeon, and he used it for lectures at the Philiosophical and Literary Society at the Bristol Institution.

He also collected objects from around the world, including clothes and weapons from Native North America, and taxidermy.

Part of his collection is now at Bristol Museum and at Bristol Archives, some of it was donated to Bristol Infirmary.

Bristol Museum's Romany wagon and the power of museum objects

The Romany wagon (or caravan) is one of the most popular objects at Bristol Museum & Art Gallery. For some people, it’s particularly special because it evokes memories from the time it was lived in. Here Amber Druce, Curator of History, takes us through what we know of its story so far.

Tales from the Ark-hive: Six fascinating stories from the natural history stores

Working with curator Rhian Rowson, Bristol University researcher Rachel Murray spent time in the natural history store at Bristol Museum & Art Gallery. Here she uncovers some of the stories behind the collection…

Many object labels in museums do not tell the full story.

This project seeks to uncover uncomfortable truths behind museum objects – how they were collected, what they represent and the difficult pasts that are hidden behind them.