Was Bristol hero John Cabot really a slave trader? Historian Heather Dalton explains it was actually Cabot’s son Sebastian who, along with his contemporaries, introduced the port to the idea of enslaving Africans.

In the wake of Black Lives Matter and the toppling of Colston’s statue, two petitions called for John Cabot’s name to be removed from buildings because of evidence that he ‘traded slaves’. Although John Cabot did own and sell a slave called Marina in Crete in 1483, there is no evidence that he was involved in the African slave trade. However, there is plenty of evidence that other 16th century Bristolians, including his son, Sebastian Cabot, were.

Sebastian Cabot left England in 1512 with the English army to Spain as part of the plan to attack France. The campaign was unsuccessful and Cabot stayed and settled in Seville at the invitation of King Ferdinand. His voyaging experiences and the navigational skills he learned from his father meant that he was appointed Pilot Major in 1518. One of Cabot’s responsibilities was to arrange the transportation of enslaved people. Within days of settling into his new office, he arranged for 20 ‘black slaves’ to be shipped to the Spanish settlement of Hispaniola.

By the 1520s, many observers recorded that Seville appeared to have almost as many ‘black’ and ‘Moorish’ slaves as free citizens. Although these observers may not have realised that many Africans were free citizens, Seville did have the largest population of enslaved people of any city in Spain in the 16th century. Many merchant households owned domestic slaves, but three of Cabot’s associates from the Bristol area were involved in slave trading on a larger scale. They were: Robert Thorne and Thomas Malliard from Bristol, and Thomas Bridges from Dymock in Gloucestershire. All three used enslaved people in their businesses and on their sugar, grape and olive plantations in Spain, the Canary Islands and the Caribbean.

Although direct evidence of slave trading is hard to track, all the following examples are documented. Thomas Bridges and his brother John lived in Seville from 1491 and both were financially involved in trafficking slaves from the west coast of Africa. In 1515 Thomas Bridges bought a 15-year old ‘black’, ‘Juan de quince, from a mule driver for 32 ducats’. In 1520 he arranged for another of his slaves, Catalina, to be baptized and, two years later, three of Thomas Malliard’s slaves were baptized at the same church in Seville. Malliard had traded with Santo Domingo as early as 1509 and he owned a sugar mill on La Palma in the Canaries. He died in August 1522, 11 months after securing two licences from Cabot to ship ‘black slaves’, leaving six properties manned by slaves. An inventory survives from one of his properties, indicating there were 15 enslaved people there, most of them African. Robert Thorne inherited property in Seville from his father who had been involved in the early Bristol discovery voyages. He and Malliard owned half of Seville’s Royal Soap Factory and exported soap to England, Flanders, and Spain’s Atlantic settlements. In 1525 government tax auditors noted that the chief soap maker and five of the six labourers who tended the cauldrons were enslaved people.

Much of the money English merchants made working and trading enslaved people in the Iberian Atlantic ended up back in Bristol and London. John Malliard inherited half of his brother Thomas’s estate, including the share in the soap factory, and returned to live just outside Bristol in Malmesbury. Before returning to England in 1531, Robert Thorne sold his share in the soap factory and the 17 slaves employed there to the German Welsers. He died on Whitsunday 1532 in London, leaving a house and more enslaved people in Seville. Like his father before him and his brother Nicholas after him, Thorne left much of his fortune to his hometown. Yet few are aware that the Thorne bequests to foundations like the Bristol Grammar School were derived in part from slave trading. Sebastian Cabot arrived back in Bristol in 1548. He died intestate in London in 1557, having already dispersed his estate in Spain. The estate included a few of the 70 African and Indigenous American slaves he had bought from the Portuguese in Brazil in 1530. In June 1546, a year before his wife died, he had sold Jerónima, a 13-year old ‘black slave’ for 40 ducats.

We shall never know how many other enslaved people the couple owned because he divided their household between his deceased wife’s nieces, making one of them his sole heir before he returned to Bristol.

Although their financial links to the port of Bristol are important, it is also significant that Cabot, Thorne, Bridges and Malliard were men of influence. Cabot was a founder of London’s ‘mysterie and Companie of the Marchants adventurers’ and subsequently served as governor of the Muscovy Company until his death, and Robert Thorne and Thomas Bridges were Merchant Tailors. John Bridges was a Draper and, after returning to England, became sheriff of London in 1513 and mayor in 1520. Thomas Bridges died in Spain in 1530. Two years later his son, who lived between Seville, Bristol and London, began shipping enslaved Africans to the Americas.

He moved to Peru in 1534 and continued to transport slaves across the Atlantic for at least 15 years. These men had direct experience of shipping, buying and selling enslaved people and would have shared their knowledge with fellow merchants, councillors and guild members. They understood that slave labour could optimise the survival of a colony and had the potential to make factories and plantations increasingly profitable over the long term. More importantly, they had come to equate race with servitude. While a Bristol merchant on meeting a West African in 1480 might have pondered whether they were perhaps a trader, farmer, soldier, shopkeeper, servant or member of a royal family, by 1580 he would have presumed they were a slave until told otherwise. This meant that by the time Bristol’s merchants were granted the right to trade in slaves in 1698, the idea of enslaving Africans was well established. 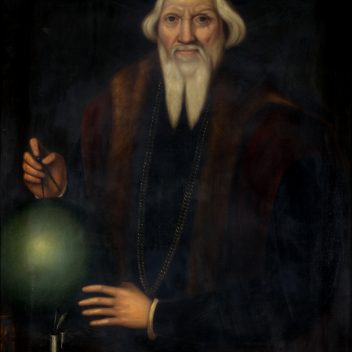 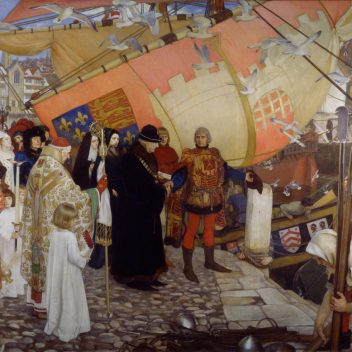 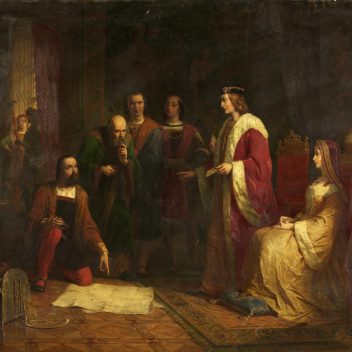 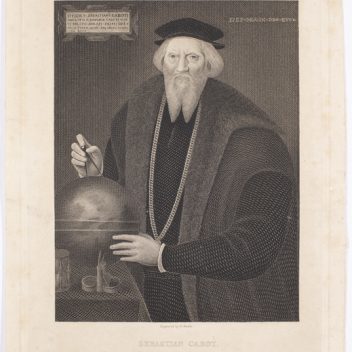