“Blackboy Hill got its name because enslaved Africans were auctioned here”

The street name comes from the Black Boy Inn. The pub name was probably linked to King Charles II, who was known as ‘the Black Boy’ because of his dark hair and complexion, rather than to the slave trade (not least because enslaved Africans never were auctioned on the Downs).

“Bristol was a minor port in the trade.”

Bristol played a major part in the transatlantic slave trade, with Bristol merchants financing over 2000 slaving voyages between 1698 and 1807. These ships carried over 500,000 enslaved Africans from Africa to slave labour in the Americas.

“Bristol residents were given billions in compensation for their lost ‘property’ in 1834.”

Bristol’s plantation owners and merchants who invested in plantations received over £500,000 in compensation for the ‘loss’ of their enslaved ‘property’ when the Emancipation Act was passed, freeing the enslaved in 1834. Today, that could be worth up to £2,036,000,000.

“Enslaved Africans were advertised in the local paper.”

If an enslaved African was brought into Bristol and sold as a house servant, it was usually by word-of-mouth or an advertisement in the local paper. Felix Farley’s Bristol Journal advertised ‘A Negroe Boy, about Ten years old, He has had the Small-Pox’ for sale in August 1760, enquiries to the Printing Office in Small Street.

Sand was dug here for the local glass making industry, creating the caverns. Very few enslaved Africans came to Bristol and were sold here, they were normally shipped directly from Africa to the Americas and sold there, where there was the demand for their labour. The caves were used to store goods, including those for the Africa trade, and may have been used as a temporary prison for French prisoners of war.

“St Mary Redcliffe church rang its bells in celebration when a bill to abolish slavery was defeated in 1791.”

There is no record of payment for the bell ringers, so this is most likely a myth. However, the church certainly had links with the slave trade, and many of its congregants would have had some financial interest in the trade. One of the city’s biggest slave traders, Edmund Saunders, was Churchwarden in the early 18thcentury. 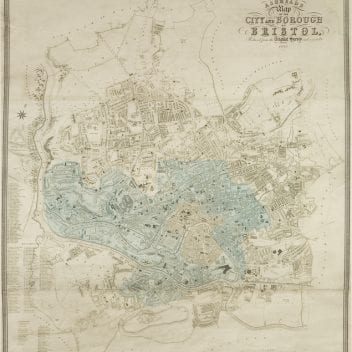 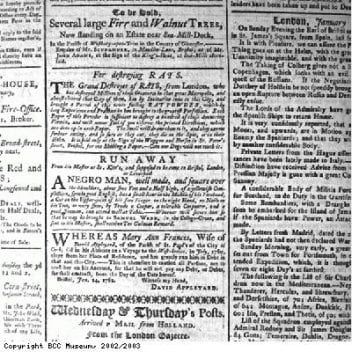 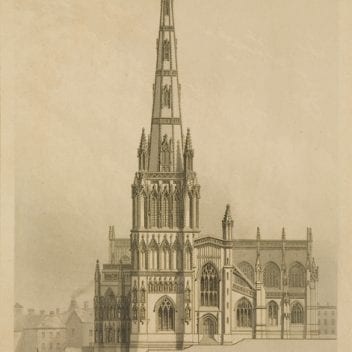 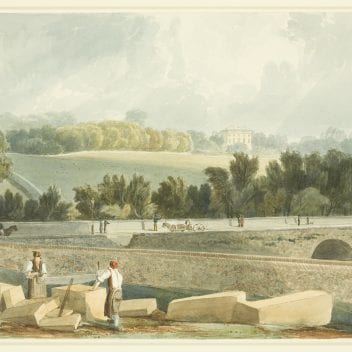 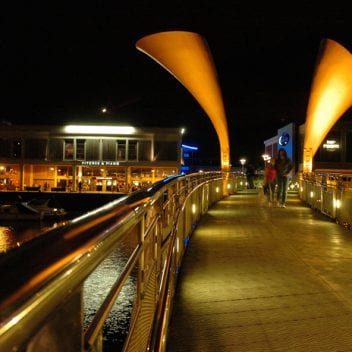 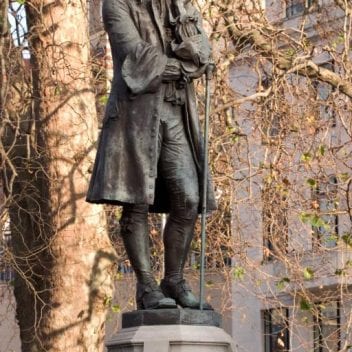 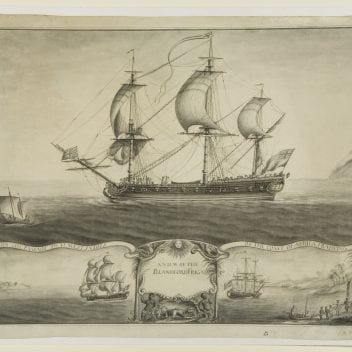 The crypt was a temporary gaol, but for French prisoners of war in 1744.

“Many street names are connected to slavery.”

“Whiteladies Road was where white women promenaded, with their black enslaved footmen in attendance.”

The road was a dirt track then and ladies were unlikely to walk there and get their hems and shoes dirty.

More probably, the road ran alongside the land belonging to a convent at the bottom of St Michael’s Hill.

“Some of the buildings in King Street were built as a result of the slave trade.”

The Theatre Royal was funded by 50 merchants, of whom at least 12 were slave merchants or slave ship owners, and at least another six were suppliers to the slave ships, plantation owners or sugar traders. The street was also home to Henry Webb, captain of the slave ship Nevis Planter, and Robert Walls, surgeon on the slave ship Guinea.

“Pero’s Bridge is named after an enslaved African.”

Pero Jones was born enslaved on Nevis.  He was bought by John Pinney and brought to Bristol around 1790, when the Pinneys left Nevis. Pero was Pinney’s valet, and worked for him for over 30 years, though he was never freed. The footbridge was named after Pero in tribute to the many unknown African men, women and children who were enslaved by Bristol’s merchants.

In fact, it was much more: about 40% of British trade was made up by Bristol’s slaving voyages in this period. In the 1730s, on average 36 slave voyages left Bristol each year, with 53 in 1738. For these 16 years, Bristol was the leading slaving port, overtaking London and being overtaken in turn by Liverpool.

“Bristol’s slavers were responsible for shipping over half a million enslaved Africans.”

“Edward Colston’s statue explains how he made his fortune.”

Edward Colston’s statue in Bristol is a controversial monument to a wealthy man who founded schools and charities. Based in London, he traded with Europe, and as an investor in and a committee member of the Royal African Company he made part of his fortune from the slave trade and from sugar.  There is still no official mention of this on the statue, though there was an unofficial plaque referring to the slave trade.

Find out more about the myths and truths for yourself by…

Are you a teacher?