An evening of unique archive film from Africa, Asia and beyond, spanning the 1930s – 1960s.

This mix of home movies and industrial and educational films has been chosen from 2,000 films in the British Empire & Commonwealth Collection. Selected and introduced by Ingrid Sinclair of Afrika Eye Film Festival, and with live musical accompaniment from Stephen Horne, this is a rare chance to see the films on a big screen.

Much of the film was taken by amateur filmmakers – largely British colonial workers and their families – and covers a vast range of topics from industry to private parties, local life to ceremonial occasions, and indications of the darker side Empire.

The clips will not be confirmed ahead of the evening, but may include colourful scenes from the Seychelles in the 1950s, biplanes in action in India, SEATO manoeuvres in North Borneo or a river journey in the Gambia.

The British Empire & Commonwealth Collection is a great springboard for exploring the complicated legacy of the British Empire and how it still plays out in the lives of people around the planet today.

Included in the ticket price is an introduction to the Empire through the Lens exhibition from curator Sue Giles. Drinks available at the pop-up bar.

Please note: the nature of the original footage means that some clips are of lesser quality than modern film.

Or make an appointment to visit Bristol Archives to see more images and films.

Ticket offer for students and 16-25s

Bristol Museum & Art Gallery has teamed up with Film Hub to offer a special concession for this event for students and anyone aged 25 or younger. A number of tickets are available for the amazing price of £3. For less than the price of a pint, you can discover a great resource on your doorstep here in Bristol.

A must for students of film, visual culture, history, anthropology, post-colonial studies, global politics and anyone with an interest in our diverse communities and their heritage.

So much about how the world is now stems from the actions of European powers in the 20th century, and the British Empire was the largest on earth at the time. The British Empire & Commonwealth Collection is a great springboard for exploring this complicated legacy and how it still plays out in the lives of people around the planet today.

Buy your ticket online and bring ID on the evening to validate your £3 ticket. If you can’t make it, you can join the conversation online during the evening @bristolmuseum #EmpireOnFilm 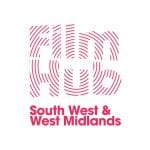 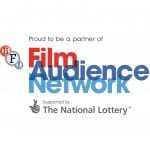 While Government restrictions have eased in England, the case rate in Bristol is high. We are still limiting visitor numbers so we recommend booking your visit in advance to guarantee entry.

We’re asking all our visitors to continue social distancing and wearing face coverings to keep everyone safe.

We’re really looking forward to welcoming you back. Take a look what’s on and start planning your visit.

Concessions*
Concessions are available with proof of identity for people over 65, unemployed people, disabled people (carers free) and Friends of Bristol Museums, Galleries and Archives.

Empire Through the Lens