The coronavirus pandemic has triggered an unexpected improvement in UK air quality as daily carbon emissions have fallen. We can feel the difference in Bristol too.

A month before the UK lockdown began, climate campaigner Greta Thunberg visited Bristol. She drew thousands of young people to College Green for one of the many climate change strikes that have taken place around the world since summer 2018.

Several cities are now considering how they can make positive changes to the environment when we emerge from COVID-19.

Contemporary artists have tackled environmental issues and climate change for some time. Over the last few years art historians have begun to look at historic (Western) landscape painting from an eco-critical angle too. But it might be the current situation that will make us view pictures like those by the famous Bristol School in a different way. What did these artists make of the industrialisation of the world when they came to our city in the early 1800s? 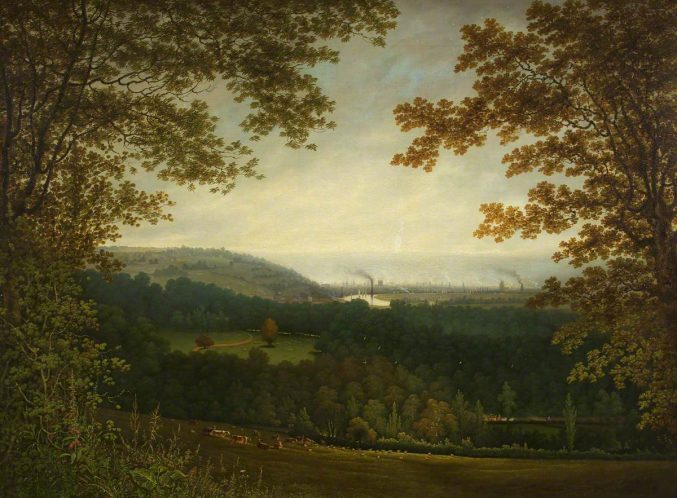 Samuel Colman painted View from Ashton Park in 1822. It shows Bristol in the distance far beyond fields and woodland. Trees frame the composition and the idyllic setting is further enhanced by the peaceful cows and sheep grazing. Yet in Bristol all chimneys are smoking away – a blueish cloud of smog seems to hang over the city.

During the first decades of the 19th century, Bristol School artists would have struggled to overlook the changes in the city. The surrounding countryside had long been associated with mining and manufacturing. But now the city itself was being aggressively developed.

The artists not only saw the arrival of steam vessels on the Avon, but also an expansion of the local infrastructure network. This included the diversion of the river through the New Cut to create the Floating Harbour and the intermittent building of the Clifton Suspension Bridge, as well as new roads and the eventual arrival of the railway.

They could not avoid observing significant industrial sites on the outskirts of the city. This included the coal mines and iron works to the south of Leigh Woods, quarries of the mineral celestine in the Avon Gorge, and lead and calamine mines on the Downs.

A variety of further industries around the city contributed to the pollution. It was regularly commented on by contemporary visitors to Bristol:

“…as we leave Brislington [a village to the Southeast of the historic city boundaries], the valley opens, and acquires the name of Arno’s vale; by what right is not easy to conjecture, as it contains nothing but smoking brick-kilns and sooty furnaces […]The air, in its natural state is remarkably pure; but the smoke issuing from the brass-works, glass-houses, &c. keeps the town in an almost impenetrable obscurity.”

Colman moved to Bristol from Yeovil in about 1815. He had strong non-conformist views which he expressed in his religious paintings. He seems to have chosen his viewpoint deliberately as one that offers an escape from the pollution of the industrial city: the rural estate. This is likely to be a work for a local patron, who could afford to remove him – or herself – from the toils of life in the city. Yet they would have looked kindly on the wealth amassed there through industry.

Whether Colman was critical of what was happening is hard to know. He may have viewed the smoke and cloud layer as interesting scientific phenomena, or artistic challenges to the portrayal of the sky. But he did paint them, getting us closer to what the eye-witness account described than the following picture.

A View of Bristol by William James Müller 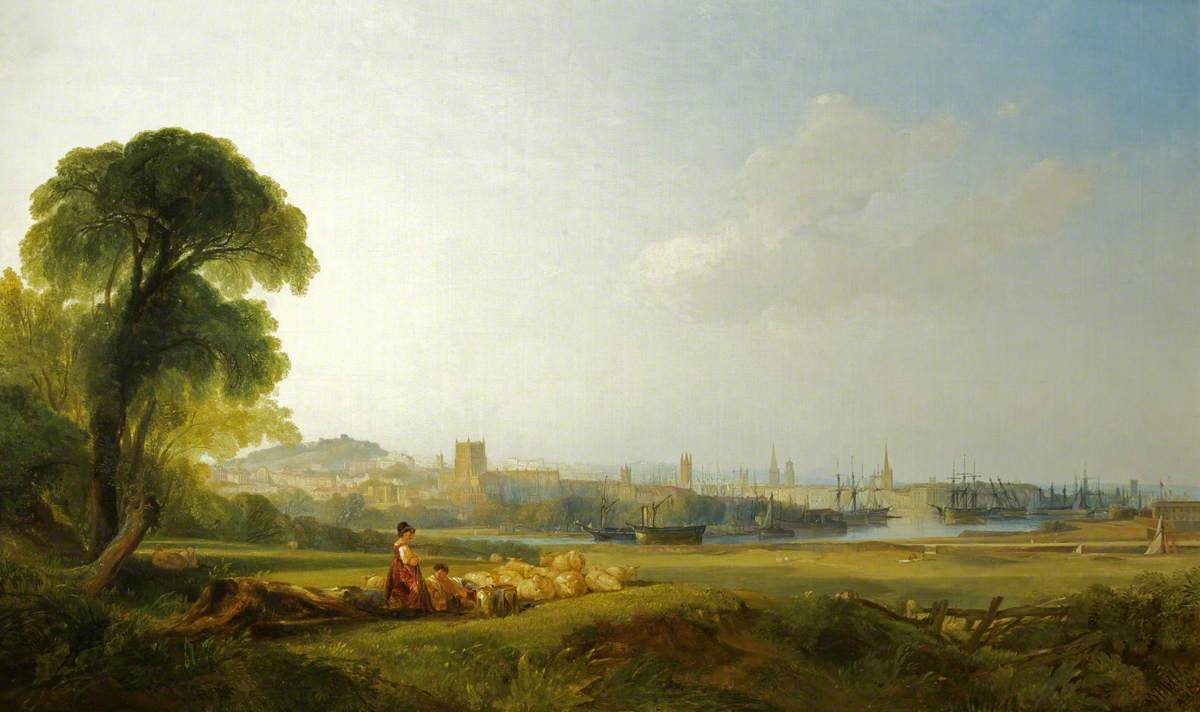 In 1832 the younger artist William James Müller painted A View of Bristol. It shows the city from Bedminster looking across the New Cut to the Floating Harbour. The Cathedral, other city churches, the harbour and, on the far right, a wing of the New Gaol can also been seen. Again, the viewpoint emphasises the rural setting in the foreground. The unbroken skyline suggests Müller too may have had a specific local patron who had requested a panoramic view of Bristol.

Unlike Coleman, Müller opted for a clear sky and played down all signs of manufacture, mining, and industries. He set out to create an ideal image of timeless beauty according to the aesthetic rules of the Picturesque. This was a way of looking at art and nature fashionable in the early 19th century. Nothing threatens to disturb the careful balance of the picture; an aesthetic ideal to aspire to.

Only a year earlier Müller had produced vivid oil sketches of the Bristol Riots. They betray some sympathy with the rioters and a huge fascination with the chaos caused by fires and destruction. Something which makes this View of Bristol even more deliberate in its peacefulness and cleanness.

As we can see from these two paintings, Bristol School artists found different ways to keep the changes to the local environment at bay – either by pushing them into a safe distance or by editing them out altogether. Something which in reality was impossible, wishful thinking, and out of touch.

But if we approach these pictures for a moment without (art-)history in mind, they appear as poetic images of our time before and after lockdown. Art has a really valuable role to play in strengthening people’s mental wellbeing. But maybe these two paintings can also become icons of what we should be doing about the future of our planet. Müller’s picture could indeed become an ideal to aspire to.

We’ve made a mini online exhibition of Bristol School paintings on the Art UK website.

One comment on How can 200 year old paintings get us talking about climate change? 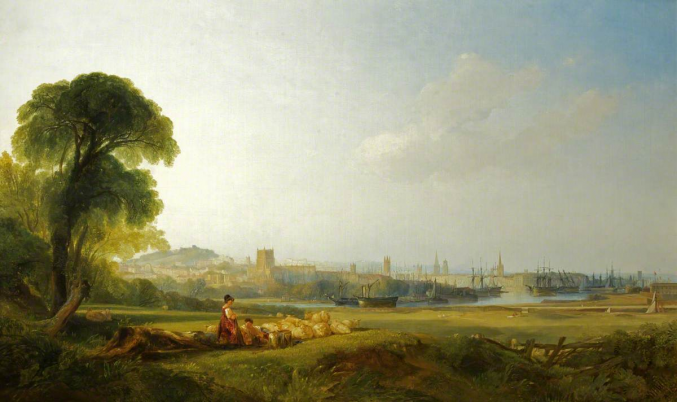