Miller was the first curator of the museum of the Bristol Institution, the precursor to the present Bristol Museum & Art Gallery. His book is significant as it defines crinoids, or ‘sea-lilies’, as a group for the first time.

Miller was a naturalist and scientist who overcame great hardship and prejudice. He had a wide interest in the natural sciences, in particular in insects (entomology), shells (conchology) and plants (botany), but he is remembered today as a museum curator and a palaeontologist, a fossil expert.

Miller was born in Danzig, in Prussia, on 26 February 1779. Today Danzig is known as Gdańsk and is part of Poland. Miller came to Bristol in 1801. He intended to sail on to America, but he missed his boat as it had sailed the day before he arrived and he decided to stay. In 1806 he married Margaret James of Bedminster and eventually moved to Hillsbridge Place (Clarence Road today). He had four children, one of whom was William James Müller (1812-1845), the noted Bristol School artist.

There is currently no known portrait of Miller, but his biographers tell us about his personality. His friend Henry Jelly described him as having ‘an inexhaustible fund of cheerfulness and good humour’ [with] conversation lively to excess’, and said ‘the activity of his mind was perfectly astonishing’.

What is a crinoid?

These beautiful marine animals, also known as ‘sea-lilies’, have a five-fold symmetry and belong to the same bigger group as sea urchins and star fish. In his book, Miller defined crinoids as a distinct animal Class for the first time.

These creatures first appear in the geological record around 480 million years ago, making them really useful fossils for studying changes through geological time. There are over 8,000 fossil species of crinoids currently known and they were much more diverse in their geological past. They are still alive today, with over 600 known species living in marine environments. They come in many different colours.

You have probably seen a fossil crinoid without realising it as they are found in many paving stones around Bristol and beyond. 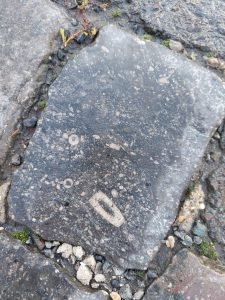 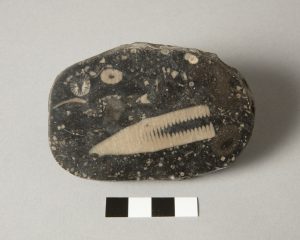 A Natural History of the Crinoidea

The Bristol area is a fantastic place for finding crinoids and other fossils. To develop his ideas, Miller used his own fossil collection as well as from other collectors he knew. His work was encouraged by several Bristol naturalists including Rev. W.D. Conybeare (1787-1857), who edited the final text as English was not Miller’s first language. The book was finally published in 1821.

‘I think I may now say with certainty that my book will appear next Monday fortnight all the printing being finished and the whole at the book-binders.’ J.S. Miller, Bristol 21 September 1821 (To William Baker) Bristol Archives 39270/41 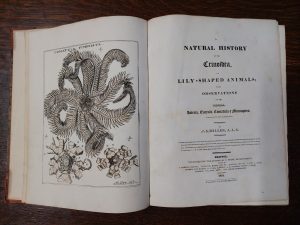 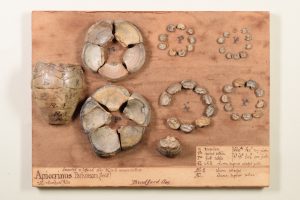 Figure three: Title page and frontispiece of A Natural History of the Crinoidea, by J. S. Miller, 1821. From the collection of Bristol Museum & Art Gallery.

His work was recognised as important at the time. His biographer Henry Jelly said Miller introduced ‘order and arrangement into a family so extensive, and so totally misunderstood’ (Jelly, 1833). 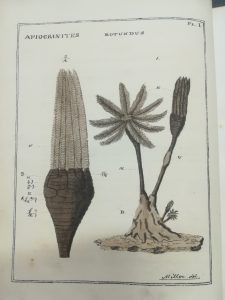 The book was not universally admired and it seems some people were perhaps jealous of his achievement, ‘Everything that could be done, was done, to throw discredit upon his production’ (Jelly, 1833).

The book contains 50 illustrative plates drawn by Miller himself – ‘The anatomical descriptions are, in every instance, drawn up from actual and minute examination’.

Even though Miller had a long list of subscribers who helped with costs he never made his money back.

He gave away many copies of the book to individuals he thought could not afford to buy it.

Figure five: ‘Apiocrinites Rotundus’ Plate one, ‘A Natural History of the Crinoidea’ by J. S. Miller, 1821

Bristol Museum has three copies of this important work including a copy donated by Miller himself and his personal copy which contains many original drawings. This copy was purchased in 1833 by the Bristol Institution from his wife for £8.14.0. His fossil collection was also purchased from Mrs Miller in 1832 and several specimens described and figured in ‘Crinoidea’ survive in the collection today. 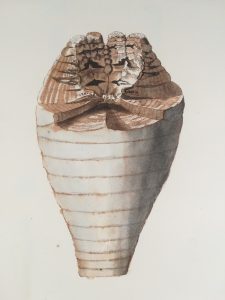 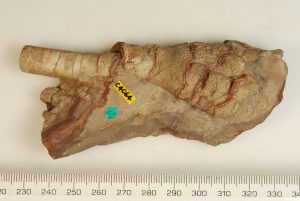 Figure six: Original drawing of a fossil crinoid by J.S. Miller, insert in Geology Manuscript 77; ‘A Natural History of the Crinoidea’ by J. S. Miller, 1821.

Miller and the Bristol Institution

Miller was appointed the first curator of the Bristol Institution in 1823. He really wanted to work on organising and understanding the fossil collections but his other museum duties took up a lot of his time.

For six hours a day, three times a week Miller ‘… was doomed to the misery and degradation of having to ‘shew the lions (sic)’ of the exhibition to every ignorant and idle gazer whom curiosity and a members ticket brought thither!’ (Jelly, 1833).

‘His constant hours of attendance at the Institution were from 10 o’clock in the morning till the same hour at night. He did not even allow himself … dinner, but contented himself with characteristic abstemiousness, with a cup of coffee in the afternoon’ (Jelly, 1833).

J. S. Miller was a migrant for whom English was not his first language. He overcame prejudice and jealousy from rivals. He was also a pioneer curator and a passionate and respected naturalist both on the continent and in the United Kingdom. Perhaps most importantly, his definition of the crinoids as a group has stood the test of time, as it is still used by scientists today. 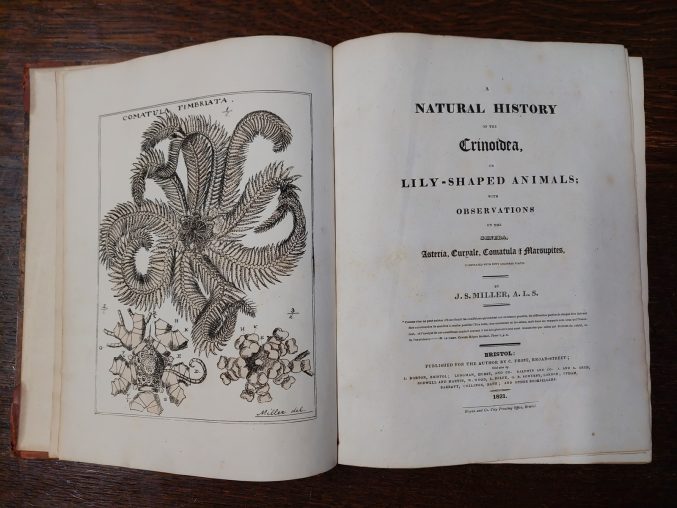