Did you know that Bristol Museum & Art Gallery has a large collection of Japanese porcelain? In 2012, the museum took in a large collection from a generous donor, Irene Finch (1918-2019), who was a scientist, lecturer and writer. Miss Finch had a passion for collecting and researching Japanese ceramics. She was particularly interested in the hundred years between Japan’s two great export periods. She called this period, from 1720 to 1820, the ‘lost century’. She published three books on the subject, wrote articles and gave lectures on her research. In 1998, she exhibited her collection at the Fitzwilliam Museum in Cambridge, the National Museum of Scotland in Edinburgh, and the Museum of East Asian Art in Bath.

Today, you can find pieces from her collection at the V&A in London, the National Museums of Scotland in Edinburgh, the Fitzwilliam Museum in Cambridge, the Kyushu Ceramic Museum in Japan, and at Bristol Museum & Art Gallery.

My role as Project Curator, Japanese Ceramics, is to make the collection accessible for display and study by cataloguing and digitising it. There is a lot of unpacking of boxes and sorting to do! My role has been funded through Bristol Museums Development Trust thanks to generous funding from an individual patron. 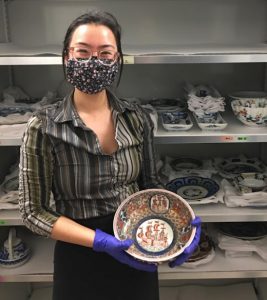 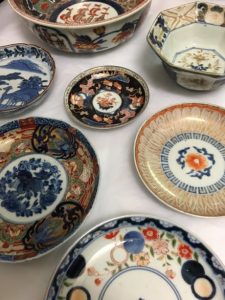 Examples from the collection

To introduce the collection, I have selected six blue and white porcelain dishes to go on display alongside the netsuke display in the Asian Gallery. Like the netsuke, these dishes offer interesting glimpses into Japanese history and culture. You often find motifs that symbolise good luck, wealth or wishes for good health and a long life. Here are three examples from the display: 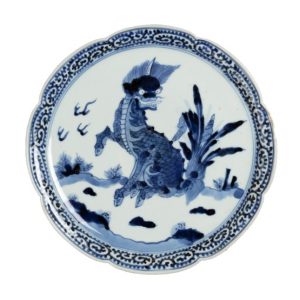 Meet this unusual creature. I wonder if you know what it is? You may have encountered it before on a bottle of Kirin Ichiban Beer, for this creature is the kirin. It has the head of a dragon, the body of a deer, the legs of a horse, and the tail of a lion. With a long horn on its head, it is sometimes called an East Asian unicorn. Kirin are good and gentle creatures and good omens that appear in our world at times of good rule.

The swirling pattern in the border is known as ‘octopus scroll’ (tako karakusa) in Japanese. This is because it is thought to resemble the tentacles and suckers of an octopus! 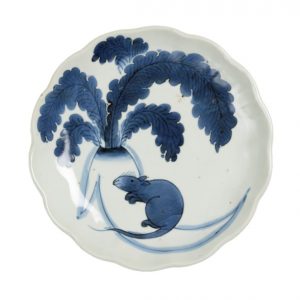 Rat on a radish

How do you feel about rats? You might think of rats as vermin and think it is unappetising to have one decorating your plate. However in Japan, the rat is a lucky animal associated with wealth and plenty. This is because rats often appear at times of good harvest. Because of this link, the rat is also associated with Daikoku, a Japanese God of wealth and prosperity.

The long radish the rat sits on is another reference to Daikoku. This is because the Japanese word for radish, ‘daikon’, echoes the name ‘Daikoku’. A lucky dish indeed! 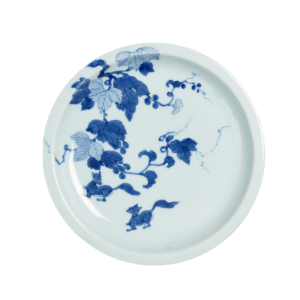 Although these two creatures may look like foxes, they are in fact two squirrels. In East Asian art, squirrels and grapes are a popular motif. In China they symbolise fertility and in Korea they represent long life. In Japan, it is a pun for martial arts because ‘grapes and squirrels’ in Japanese, ‘budō ni risu,’ sounds like ‘the discipline of martial arts’ ‘budō ni rissu’. I wonder if the owner of this dish practiced in the martial arts?

Japanese ceramics have many stories to tell and I look forward to sharing more from the collection with you in the future!

See these blue and white dishes and more in the Asian Gallery at Bristol Museum & Art Gallery.

Learn more about Bristol Museums Development Trust and how you can make a difference with a donation. 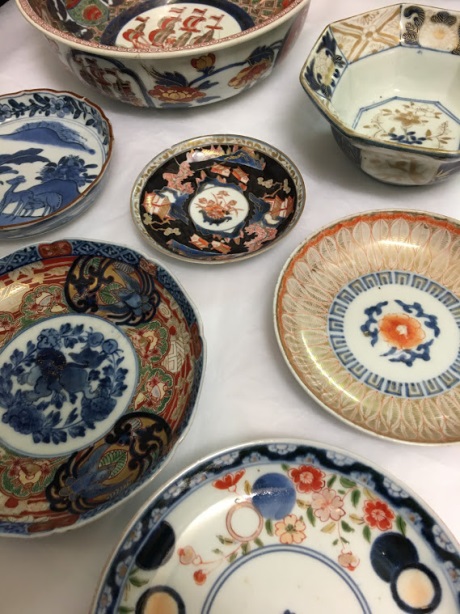