Where have all the butterflies gone?

How can we and you help?

Butterflies are sensitive indicators that enrich the lives of us all but act as very visible gauges as to the health of our own environment. If butterflies are not doing well then it is likely that other groups of less well-known creatures are also faring badly.

Four species of butterflies have disappeared from Bristol in the second half of the 20th century and beginning of the 21st century. The Silver-studded Blue and Adonis Blue vanished in the 1980s. 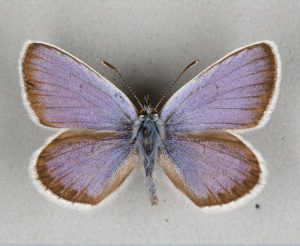 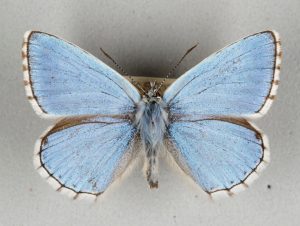 The Pearl-bordered Fritillary and Duke of Burgundy may have become extinct recently as neither has been seen in the last 17-20 years. 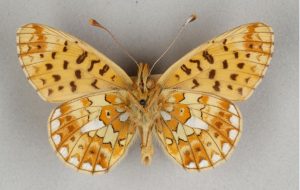 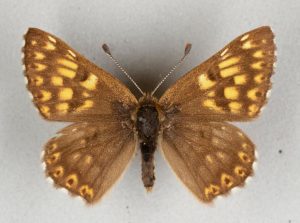 The Marsh Fritillary is just about hanging on in just two sites. 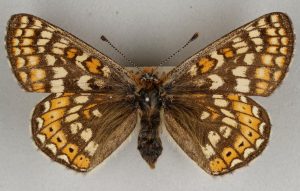 The Small Heath has declined significantly in numbers in the last thirty years, and the loss of sites in this century is marked. 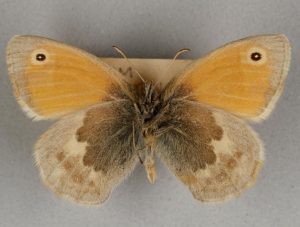 Other species are now restricted to a very small number of remaining sites in the Bristol region. These are the Grayling and Chalkhill Blue. They are in an extremely vulnerable position. 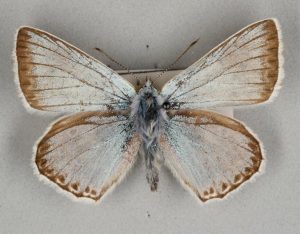 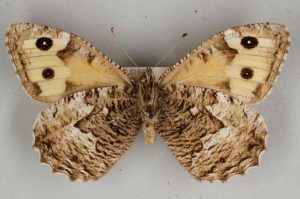 Tragically in the last 17 years the Small Pearl-bordered Fritillary has been contracted to one area. 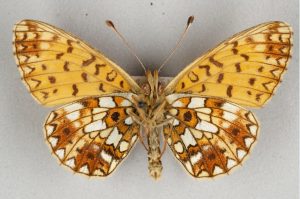 We know all this from the wonderful work of Bristol Regional Environmental Record Centre (BRERC). When you see a Butterfly in the Bristol region it is worth sending your record in to BRERC, they need to know which butterfly you saw, on what date and where in Bristol. This information helps us work out which butterflies are disappearing from which areas in Bristol.

What role does the museum play?

Bristol’s natural history collections provide a unique source of historic data stretching back over 200 years – a window to the past that can help inform a future city where wildlife and people thrive. However to do this requires digitising the collection to release its biodiversity data, i.e. date, locality and habitat in which each specimen was found, its species and collector, etc.

Other people and organisations often ask us about our butterflies. For instance, information on all our Chequered Skipper specimens has been fed in to help with the reintroduction of this species under a major project known as ‘Back from the Brink’. A project about saving England’s most threatened species from extinction. This data will be used to help determine the historic distribution and abundance of the Chequered Skipper. It will also aid in what caused the species’ decline prior to its extinction in 1976.

Bristol’s natural history collection is invaluable in piecing together the early distributions and abundance of butterflies in Bristol and beyond. This provides us with clearer avenues for understanding general threats to biodiversity and pathways to conservation. Many rare butterflies have not always been rare. Some were very abundant until the last few decades, when global habitat loss and climate change etc. have relegated each species to minuscule land parcels. We also expect to find butterflies in our collections from places in our city that have now been built over or are wildlife-poor – but could be part of the city’s planned nature recovery network.

At present this information is contained in and on the specimens and labels and not in the public domain. Digitising and releasing this data will also aid future research, as others have done recently. 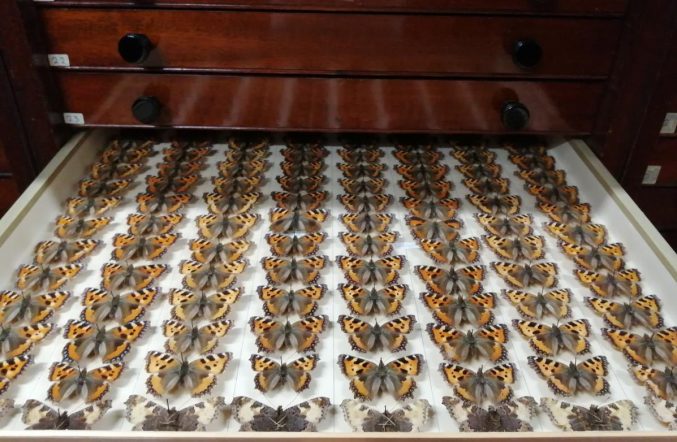 There are many individuals of the same species in these cabinets, amalgamated over 200 years by various past collectors. Each is unique and was collected at a different site and time, providing an insight into the changes we see today. We no longer collect butterflies from the wild in Britain – most are recorded by sight or photography with the information being compiled and processed by BRERC.

We are delighted to be supported by Ferox Security Chief Executive Officer Solomon Gilbert who is an avid butterfly enthusiast. After visiting our collection he has pledged his support to help us digitise butterflies in our collection with a focus on local species threatened with extinction. If you wish to support this initiative please visit his Just Giving Page 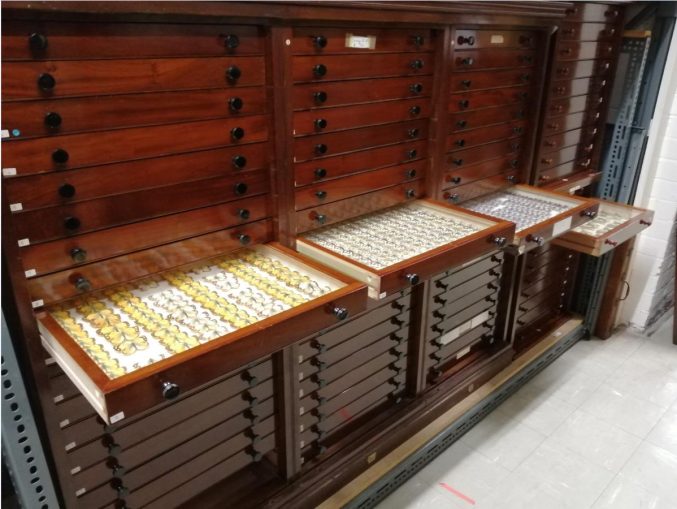