This week is Dying Matters awareness week – a national campaign to encourage people to talk about death, dying or grief.

Everything has changed. Our daily lives are transformed, possibly forever. We are all experiencing this pandemic in different ways. However, I think there is something we could learn from those that have studied death and dying to help us get through.

A few weeks ago I came across an article by Scott Berinato called: That Discomfort You’re Feeling is Grief. This was a lightbulb moment for me. I realised the emotional ups and downs I was going through had a name, and possibly, a way to process those feelings.

In the Scott Berinato article he interviews David Kessler, who talks about it being important to acknowledge the grief you are feeling, how to manage it and how he believes you can find meaning in it:

‘If we can name it, perhaps we can manage it.’

Before Bristol Museum & Art Gallery closed, I was working on a grief trail across the galleries as part of the now postponed Good Grief, Bristol Festival. I wanted to build on the message of our death exhibition – ‘Let’s talk about death’.

The grief trail consists of 12 objects that show a range of creative responses to ideas of grief. From ancient Egypt to modern Mexico, from paintings to jewellery and even a caravan – each have an emotional story to tell. I hope this online version of the grief trail  will be something that can help people consider a different way of looking at grief until we are able to come together and help the healing process begin. 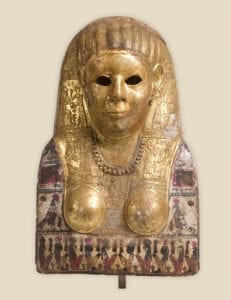 Grieving families in ancient Egypt had to make sure their loved one was given the best burial.

After mummification the bodies of the elite were covered with protective objects like this, to help ensure their rebirth in the Afterlife.

The deceased were still able to see and hear and could take revenge if not satisfied.

The stone chamber was covered with an earth mound or barrow, and held the cremated remains of an adult and child.

With no written records we cannot know what the people who buried their dead were thinking, or why it would have been important to them that this stone was carved in this way. 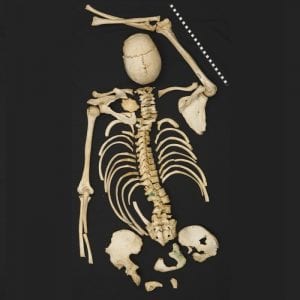 These are the remains of a man who died in his 20s.

The hole in his skull or the two spearhead wounds in his body may have been the cause of his death.

His body was then thrown in a ditch. For the loved ones of victims of violent deaths grief can be more complex. 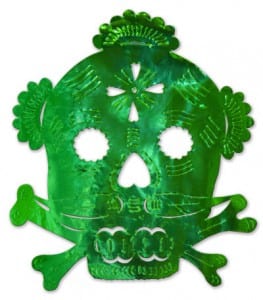 Skull and cross-bone, Day of the Dead decoration from Mexico around 1980

The Mexican festival, Dia de los Muertos, is a time when familiarity with and acceptance of death is celebrated.

Communities and families come together to remember and honour their dead and expressions of grief and loss are supported and encouraged.

The festival helps in maintaining connections and continuing to remember long after the initial loss. 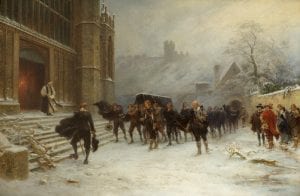 King Charles I was executed in part due to his unpopular Catholic beliefs. As a result he was not buried with the full religious rites he would have wanted.

Today in the UK around 13% of people request a religious ceremony. The ‘rules’ around expressing grief in ceremonies are no longer bound by tradition. 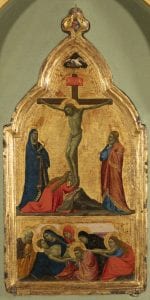 ‘Crucifixion and Lamentation’ by Taddeo Gaddi, made in Italy around 1335

Christians believe that Jesus was crucified and returned to Heaven to be with God, his Father.

This belief means that their grief is usually combined with hope that their loved one is in a place where they are happy, and that they will see them again.

Maintaining a connection with the deceased can be a great comfort. 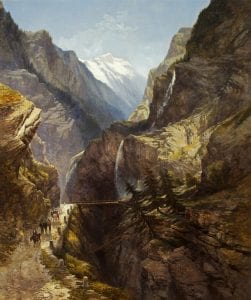 ‘The Simplon Pass’ by William West, made in England around 1845

At the beginning of the 1800s European painters became interested in exploring the picturesque and sublime qualities of natural landscapes.

They wanted to explore emotions you might feel when experiencing the power and immensity of nature.

Being in nature can help change our mood, lower anxiety and improve our ways of dealing with our grief. 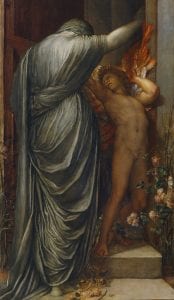 ‘Love and Death’ by George Frederick Watts, made in England in 1875

During the 1800s death rates in the UK were much higher than they are now.

Coming to terms with death may have been easier when it was so much more a part of daily life.

The Death Positive movement today tries to encourage open and honest conversations around death and dying to help us accept the inevitable. 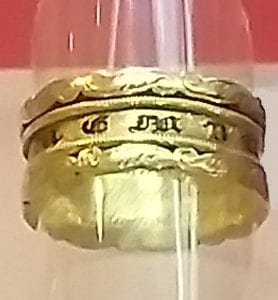 Mourning ring, made in England in 1756

This mourning ring was made to commemorate Mary Daubery who died in 1756.

Wearing mourning jewellery, or keeping a lock of hair or even a photograph of the loved one taken after death were common in the 1800s.

Today keeping someone close could sometimes mean having part of their ashes tattooed into your body. 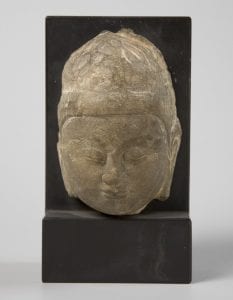 Stone head of the Buddha, around 1,200 years old, made in China

Buddhism originated in India around 2,500 years ago and was brought to China around 1,900 years ago.

It is common for Buddhists to hold prayer services for the deceased on the seventh, forty-ninth and one hundredth day after death in order to help them perform a successful rebirth into their next life. 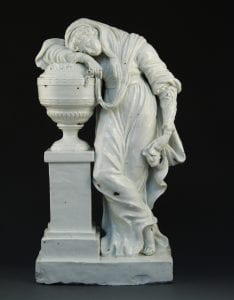 ‘Grief’ by Richard Champion’s factory, made in England in 1779

Sculpture commissioned by Richard Champion to commemorate the death of his 13 year old daughter.

The loss of a child is devastating, how to remember them and celebrate their life can take many forms.

Creating a physical reminder can become a focal point for rituals or conversations where emotions are given space to be heard. 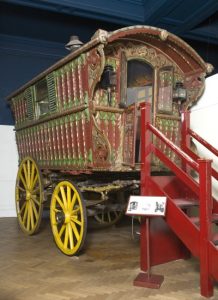 Romany Gypsy vardo (caravan), around 120 years old, made in England

One of the customs, on the death of a Gypsy man or woman, was to set alight their caravan and destroy it and most of their belongings.

Various other rituals include laying out and watching over the body at home to allow the living to come to terms with the death at a slower pace. 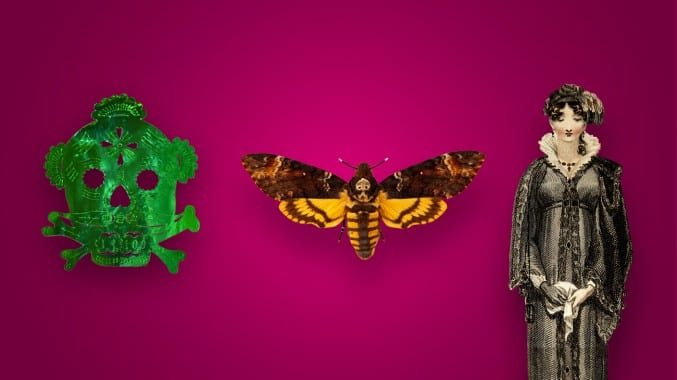